The family of a girl who disappeared in 1983 demanded details Wednesday concerning human bone fragments discovered in the annex of the Vatican’s embassy in Rome.

Emanuela Orlandi, whose father worked for the Institute for the Works of Religion, or “Vatican Bank,” went missing in Rome in June 1983 at the age of 15, as did another 15-year-old girl by the name of Mirella Gregori a month earlier. Both of their fates have remained a mystery. Attorneys for Orlandi’s family questioned the Vatican and Italian prosecutors as to whether the newly revealed bone fragments have any connection to either girl. (RELATED: Pope Francis Claims Catholic Clergy Are Being Persecuted … Amid Abuse Crisis) 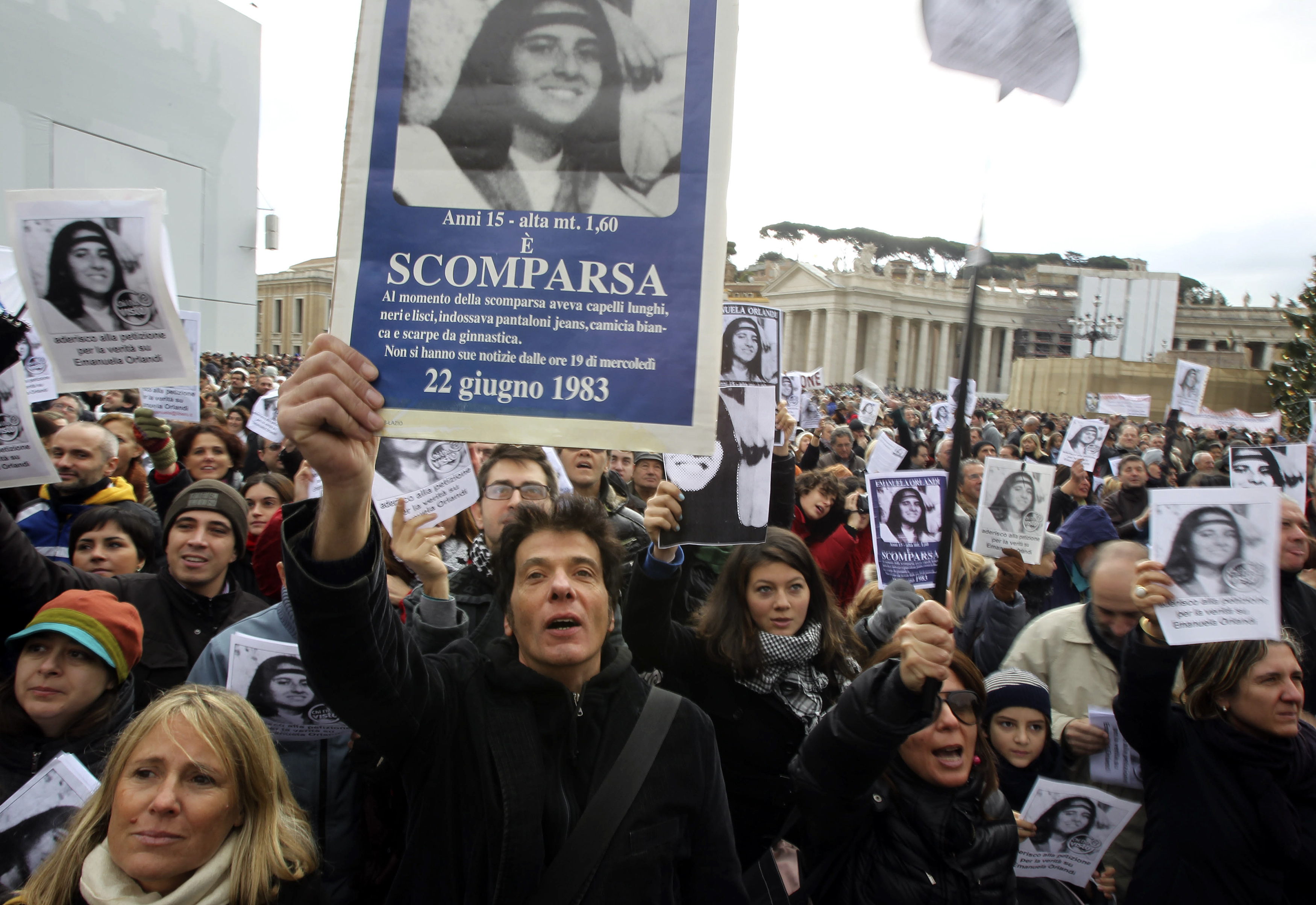 Pietro, brother of Emanuela Orlandi holds a banner with her picture in front of St. Peter square as Pope Benedict XVI leads the angelus prayer December 18, 2011. A large group of people has gathered in St. Peter’s Square to support the petition-appeal addressed to Benedict XVI asking for “truth and justice” on the case of Emanuela Orlandi, who disappeared under mysterious circumstances in June 1983, Ansa said. REUTERS/Stringer

“We are asking Rome prosecutors and the Holy See by what means the bones were found and how their discovery was placed in relation to the disappearances of Emanuela Orlandi and Mirella Gregori,” lawyer Laura Scro said according to The Associated Press.

The Vatican announced Tuesday night that they had bone fragments, later revealed to be a skull and teeth, at the embassy annex during remodeling. Giuseppe Pighatone, Rome’s Chief Prosecutor, asked authorities to examine the bones to determine their age, sex, and the date of death. If investigators can extract enough DNA from the bone fragments, those details could be determined in up to 10 days, according to experts.