A Christian Pakistani woman has been acquitted of allegedly insulting Mohammed in 2009, freeing her from a potential death sentence which has hung over her for almost a decade.

The Supreme Court of Pakistan ruled Wednesday that Asia Bibi, also known as Aasiya Noreen, is “free to go” after having spent much of her last nine years in solitary confinement.

Bibi was born and raised in Ittan Wali, a small rural village outside of Lahore, Pakistan, near the Indian border. Christians make up less than two percent of the population in Pakistan, where they are often considered inferior by the Muslim majority and given menial jobs. In Bibi’s village, where hers was the only Christian family, she claimed to have been pressured relentlessly by her neighbors to convert to Islam.

On a sweltering June day in 2009, Bibi was picking berries with some of the other women from her village when they asked her to bring them some water. After returning from the well, Bibi claimed, some of the Muslim women refused to drink after her: Her religion had rendered the utensils “unclean.” The incident reportedly led to an argument between the women, during which Bibi was alleged to have insulted the prophet of Islam.

Within days, Bibi was attacked by a mob of incensed Muslims, who beat her brutally and ensured her arrest under Pakistan’s harsh blasphemy law. Over a year later, in November 2010, she was formally charged with insulting Mohammed, and sentenced to be hanged. 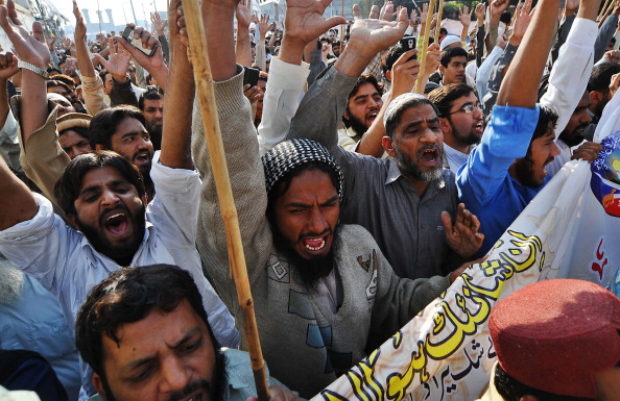 In a book written with the help of journalist Anne-Isabelle Tollet, the illiterate farmhand recounted with vivid detail the incident that led to her imprisonment. “I’m the victim of a cruel, collective injustice,” Bibi pleaded in 2011 from her windowless, 8-by-10-foot cell in Lahore.

“I want the whole world to know that I’m going to be hanged for helping my neighbor. I’m guilty of having shown someone sympathy. What did I do wrong? I drank water from a well belonging to Muslim women, using ‘their’ cup, in the burning heat of the midday sun.”

“I felt a pain deep inside,” Bibi said when she remembered how the other women cursed her, reviled Jesus and demanded she convert to Islam. “We Christians have always stayed silent: We’ve been taught since we were babies never to say anything, to keep quiet because we’re a minority. But I’m stubborn too and now I want to react, I want to defend my faith. I take a deep breath and fill my lungs with courage.”

“I’m not going to convert,” Bibi told the women. “I believe in my religion and in Jesus Christ, who died on the cross for the sins of mankind. What did your Prophet Mohammed ever do to save mankind? And why should it be me that converts instead of you?” It was that comment which ultimately led to her imprisonment, according to Bibi. 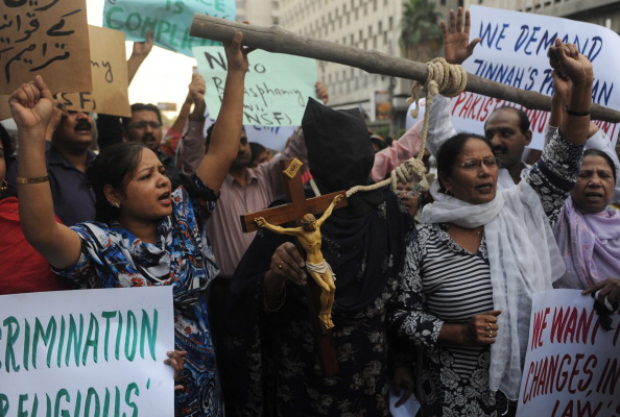 Bibi’s imprisonment lingered for nearly a decade, causing political turmoil in Pakistan and bringing to the forefront the country’s repressive blasphemy law, which many critics claim is used to persecute religious minorities. In the 1980s, Gen. Muhammad Zia-ul-Haq strengthened the Islamic law of the country, making “death, or imprisonment for life” the punishment for insults against Mohammed and Islam. (RELATED: Christian Pastor Tortured For His Faith: North Korea Is ‘Hell’)

In 2011, Governor of the Punjab Province Salman Taseer was gunned down in Islamabad by one of his own bodyguards because he called for Bibi’s release and the reform of Pakistan’s blasphemy law. The shooter, Mumtaz Qadri, riddled Taseer with 26 bullets and was eventually condemned to death. Nevertheless, Qadri’s tomb has become a cult site, a mosque was named after him, and a political party formed around his legacy. The judge who sentenced him had to flee the country. Shahbaz Batti, the only Christian in Pakistan’s cabinet, also criticized the blasphemy law and was likewise killed the same year. 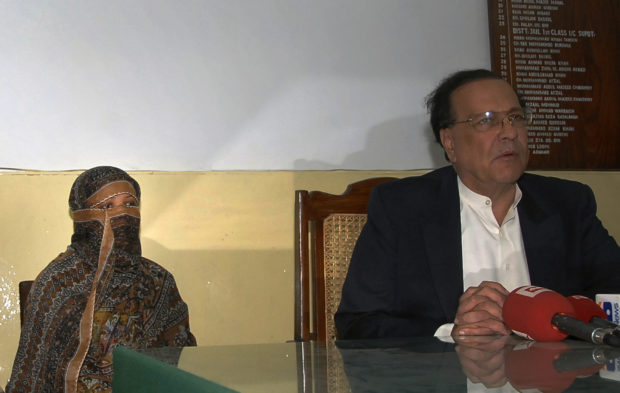 Asia Bibi, a Pakistani Christian woman who has been sentenced to death for blasphemy, sits next to Governor of the Punjab Province Salman Taseer as he talks to media after visiting her inside the central jail in Sheikhupura, located in Pakistan’s Punjab Province November 20, 2010. REUTERS/Asad Karim

Despite her new freedom, therefore, Bibi and her lawyer are apprehensive. The Supreme Court of Pakistan ruled that the prosecution’s case was flimsy, and did not follow proper procedures. “Asia Bibi’s lawyer, closely flanked by a policeman, told me he was ‘happy’ with the verdict, but also afraid for his and his client’s safety,” wrote Secunder Kermani of BBC News, Islamabad. Bibi will likely have to leave Pakistan, and several countries have offered her asylum. (RELATED: Andrew Brunson’s US Pastor Describes What It Was Like Inside Turkish Courtroom)

When she was told of the news over the phone, the AFP quoted Bibi as saying, “I can’t believe what I am hearing, will I go out now? Will they let me out, really?”