Massachusetts Democratic Sen. Elizabeth Warren’s campaign said she believes the thousands of migrants in the caravan headed toward the U.S. need to enter the country legally.

Warren, who is up for re-election, has previously called for abolishing Immigration and Customs Enforcement (ICE) and replacing it, and is now saying the migrant caravan filled with thousands of people from Central America traveling through Mexico toward the U.S. should be handled according to the law, in a statement from her campaign to The Daily Caller News Foundation, despite her lax views on immigration.

“In regards to the caravan, we have laws for people who come to the border seeking asylum, and Senator Warren believes that we should follow those laws. However, she also knows that we should never have been in this situation. The real problem is Donald Trump’s chaotic foreign policy and lack of a long-term strategy in the region,” Warren’s campaign said in the statement.

Despite Warren saying the migrants need to follow the law and enter the country legally, she blamed Trump for the caravan, saying the reason the immigrants are fleeing Central America is due to Trump and his funding to the region.

“Trump has hollowed out the State Department, cut foreign aid, and is now threatening to slash our assistance to Central America. This administration’s foreign policy has undermined stability in the region, allowing the gangs to increase their power, and creating more violence that has caused people to flee and seek asylum,” Warren’s campaign continued in an email. “We need more funding, better relationships in the region, and a real long-term strategy that helps to prevent this from happening in the first place.” 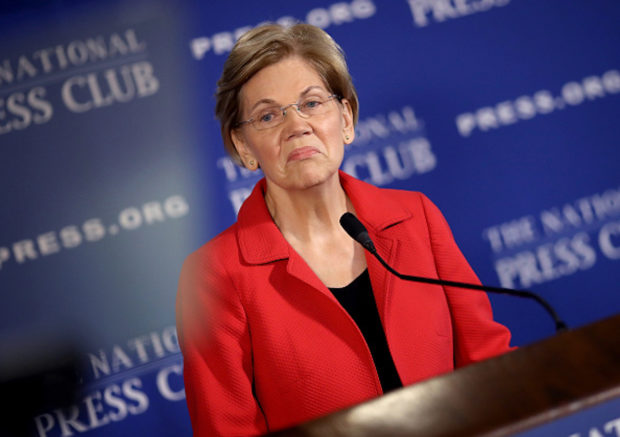 Warren’s response comes days after TheDCNF contacted her multiple times about the caravan. Nineteen other Democrats in key races across the country also did not respond to multiple inquires. (RELATED: We Asked 20 Dems In Key Races What They Would Do With The Migrant Caravan. Not A Single One Had An Answer)

The Massachusetts Democrat is expected to defeat her GOP opponent Geoff Diehl in the Nov. 6 midterm election by a large margin, as she remains up over 20 points in most polls.