CNN’s Don Lemon suggested that not calling President Donald Trump a racist would violate his journalistic integrity during a heated segment on his show Tuesday night.

Prior to Lemon’s impassioned take, the conversation focused on Trump in regards to his response to the Pittsburgh synagogue shooting, the president calling himself a nationalist, and anti-Semitism in a broader context.

“I’ve got to go. I don’t see where statements of fact are wrong. If you have the evidence that points to someone being a racist, everything they say and things that they do points to them being a racist, I don’t think that’s -,” Lemon said before being interrupted.

Moore interjected, “Except his actions aren’t racist. He’s given us the lowest black unemployment rate.”

“What does that have to do with anything? Thank you, President Obama. That low black unemployment rate started with President Obama,” Lemon fired back. (RELATED: CNN Debates What Constitutes A ‘Mob’: ‘Are You The Moderator… Or Are You Arguing A Liberal Talking Point?’) 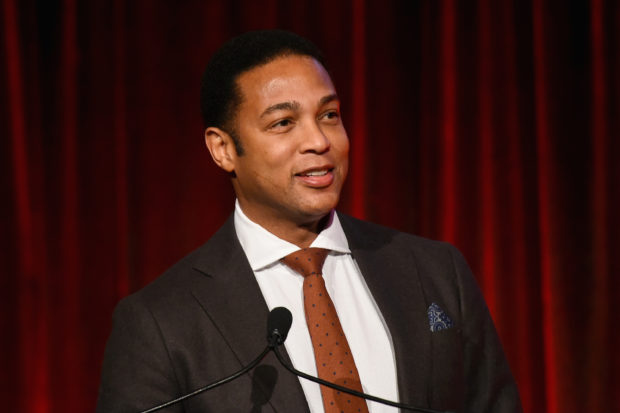 Moore then brought up the current state of the economy under Trump.

“I’m just saying don’t say that oh, it’s an opinion. All you have to do is look back. Look back to him being sued for housing discrimination. Look back at what he did with the Central Park five. Look back what he called countries that are for people of color. Look back at the Muslim ban,” Lemon stated.

“Look back at the birther movement,” he continued. “If the evidence is there, what do you want me to do, lie about it? I’m a journalist. I have to give the facts and the truth. The truth and evidence points to him being a racist. He’s a racist. His policies and his words are racist, end of story. That’s not a debate.”