Michael Avenatti claimed that Cesar Sayoc, the man charged with sending a number of potentially explosive devices to prominent Democrats, targeted him — but so far, it appears that his package is still in the mail.

Avenatti tweeted Tuesday evening, “I was informed this afternoon by the FBI that I was targeted by Cesar Sayoc.”

I was informed this afternoon by the FBI that I was targeted by Cesar Sayoc. I applaud the hard working men and women of the FBI for his arrest and their continuing investigation. At some point, Trump will be held accountable for his role in the events of the last few weeks. 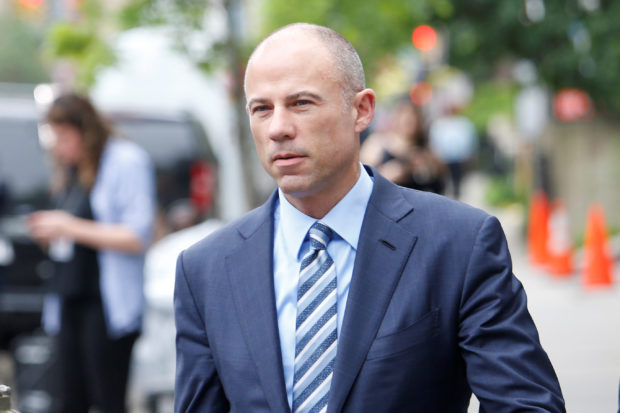 After paying tribute to the “hardworking men and women of the FBI” for their efficient work in tracking and arresting Sayoc, Avenatti took the opportunity to blame Sayoc’s actions on President Donald Trump.

“At some point, Trump will be held accountable for his role in the events of the last few weeks,” Avenatti’s tweet concluded.

Multiple media outlets have joined Avenatti in trying to tie President Trump to Sayoc and even to the anti-Semitic attack at a Pittsburgh synagogue that left 11 dead on Saturday. The White House has fired back, saying that the only ones responsible for such horrific acts are the people who carried them out. (RELATED: President Trump Calls For Unity, Criticizes Media)

White House press secretary Sarah Sanders called out The Washington Post specifically, for headlines that appeared to draw a straight line between the President and both recent attacks.

Is there any tragedy the Washington Post won’t exploit to attack President @realDonaldTrump? The evil act of anti-Semitism in Pittsburg was committed by a coward who hated President Trump because @POTUS is such an unapologetic defender of the Jewish community and state of Israel. https://t.co/0tCNpepC9k

Avenatti, a potential 2020 Democratic presidential contender, had not yet received a suspicious package at the time of publication.