It might be hard to believe, but the cost of disasters has actually fallen as a percentage of economic output since 1990, according to the findings of an environmental study.

The study, published Saturday in the journal Environmental Hazards, reinforces previous findings that when economic growth is taken into account, disasters like hurricanes and wildfires are less costly to society than in the past.

While the actual dollar costs of disasters have increased substantially, study author Roger Pielke Jr. wrote, “since 1990 both overall and weather/climate losses have decreased as proportion of global GDP.”

“The world is getting wealthier, poverty is going down,” Pielke tweeted Wednesday, accompanied with graphics showing the downward trend in global disaster losses as a percentage of gross domestic product, or GDP. 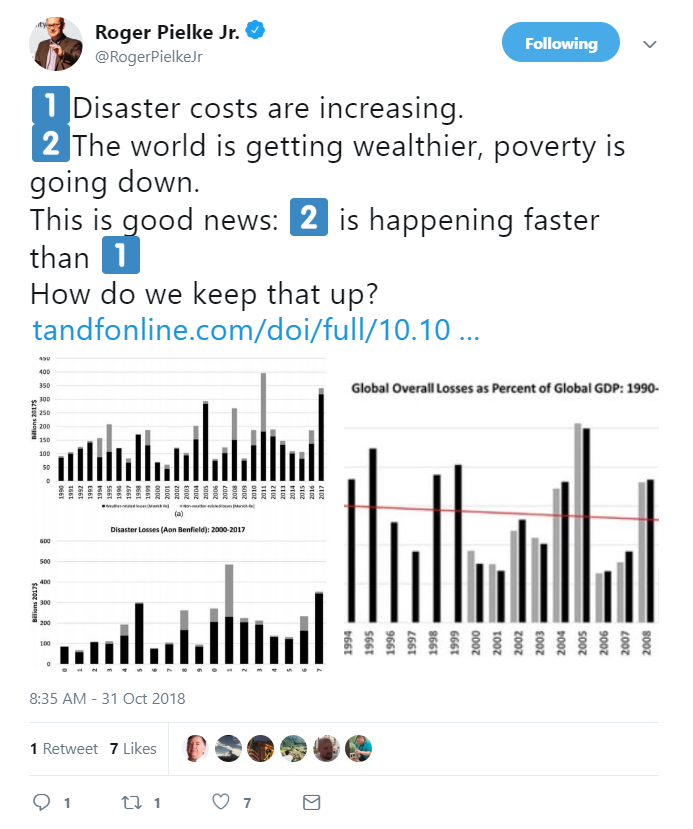 Pielke argues this is good news for United Nations Sustainable Development Goals, which call for reducing natural disaster losses — weather and non-weather-related events — as a percentage of the global economy.

“Extending this trend into the future will require vigilance to exposure, vulnerability and resilience in the face of uncertainty about the future frequency and magnitude of extreme events,” wrote Pielke, a professor at the University of Colorado.

Pielke’s study shows that with economic growth comes resilience to natural disasters, despite the seemingly increasing price tag for each event. Nominal disaster costs have grown because of inflation and also because of population growth. 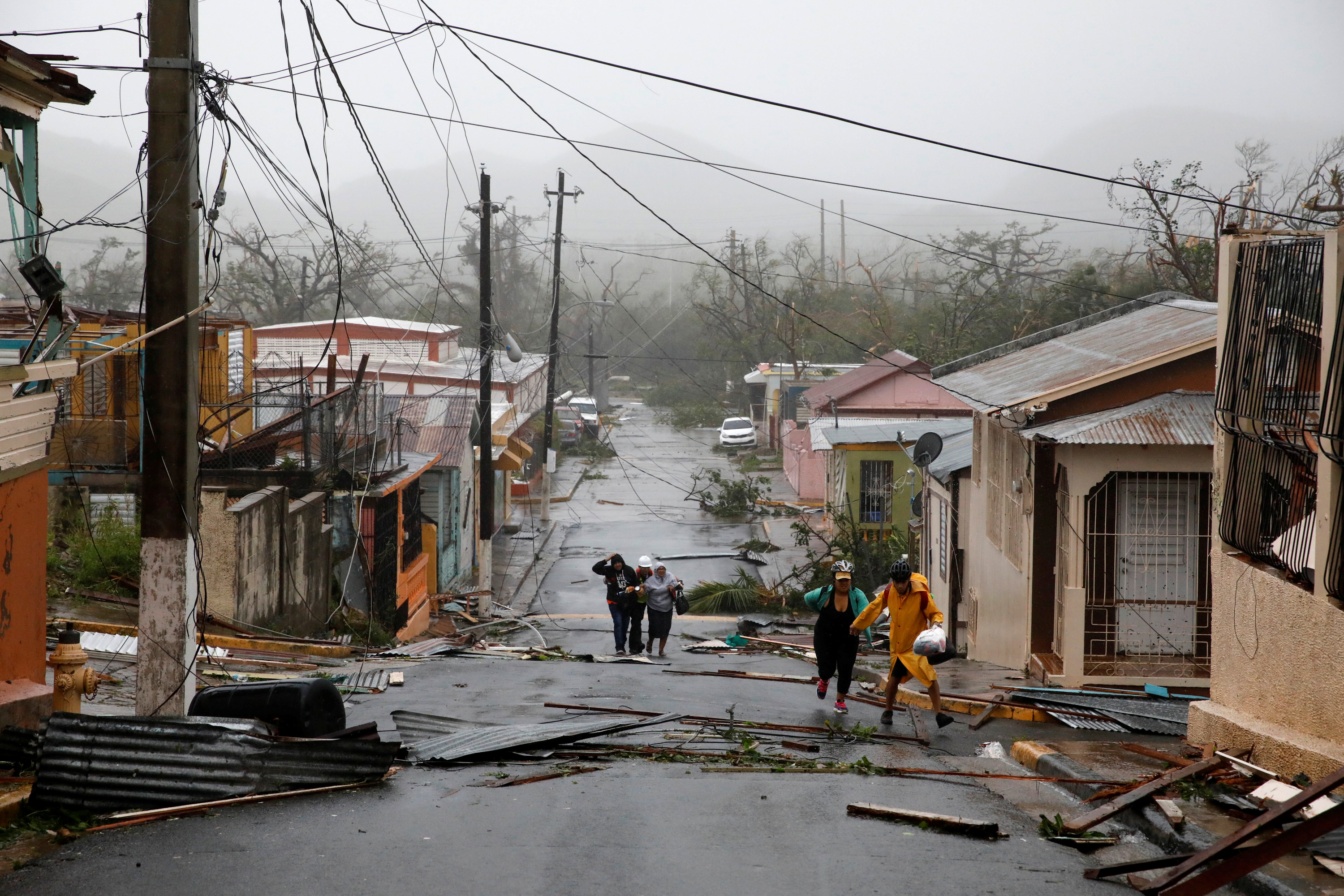 The global population has exploded since 1990, and with that growth comes more houses and infrastructure. That includes a big increase in housing and infrastructure in areas prone to disasters, like heavy rainfall, flooding, tornadoes and hurricanes.

For example, Florida was hit by the “Labor Day” hurricane in 1935, the most intense storm to make U.S. landfall on record. The storm devastated the Florida Keys and killed more than 400 people, but only did about $107 million indexed for inflation. Now, even weaker hurricanes routinely do billions worth of economic damage.

Global disaster losses in 2017 topped $337 billion, according to reinsurance company Swiss Re. That price tag was the highest on record, Swiss Re noted, and double the disaster losses of 2016. (RELATED: Islands On The ‘Front Line Of Climate Change’ Are Growing In Size, Study Finds)

Hurricanes Harvey, Irma and Maria caused most of the economic damage that year, Swiss Re reported in April. The three devastating storms did $217 billion worth of economic damages, including crippling Puerto Rico’s entire electric grid for months.

However, even with these powerful hurricane landfalls, the trend in natural disaster damage to the economy is still declining, according to Pielke. U.S. hurricane landfalls make up about 70 percent of the economic damages recorded by reinsurance agencies, Pielke noted.