“And that’s a big issue. So, removing someone’s livelihood because they have an opinion is really sort of the ultimate punishment, like you are just not going to be able to work anymore. You will be non-employable, especially in this town, Los Angeles, so, yes, people fear for their jobs. They fear for their careers. They sort of fear for their families and, thus, they don’t say what they would say. So can they do it? Yes, they can do it. Might they lose their job? Yes, they might lose their job, thus, they don’t do it.”

“Like the oldest joke in the Soviet Union,” Prager added. “What’s the difference between the US and USSR? In the USSR, you have freedom of speech. In America, you have freedom after speech. Now, that’s changed.”

Prager recounted how leftists are currently trying to portray him as being in favor of marital rape because of a decade-old article stating that wives should consider not letting “mood determine” whether they should have sex with their husbands.

Carolla used the frog-in-the-boiling-pot strategy used against smokers to point out the left’s eventual goal when it comes to conservatives. (RELATED: Tucker Asked Jorge Ramos How Many Caravan Migrants He Planned To Take In — Things Got Awkward Fast)

“The point is they won’t stop moving forward,” he said. “There’s an agenda. The agenda is not get rid of the smoke in the restaurant, it’s stomp you out.” 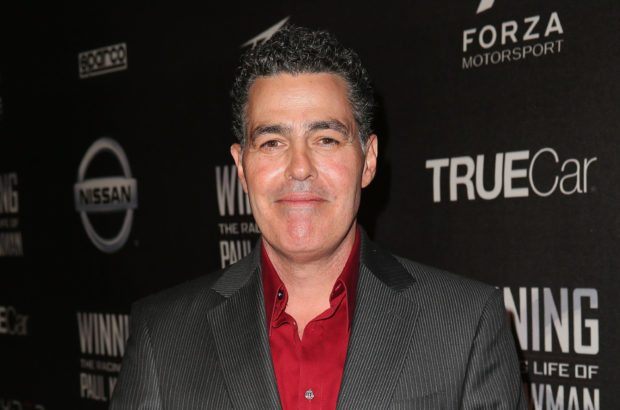 “At a certain point you cannot let the left intimidate you,” added Prager. “And when you don’t they go crazy because they are so used to being able to intimidate. That’s his point and I second it.”

To Carolla, conceding to the left is like making deals with terrorists when they take hostages.

“Also, once you sort of put it out there like you’re a country who doesn’t negotiate with terrorists when they take hostages, they take less hostages,” said the comedian. “Once you put it out there like, ‘hey, I’m a comedian. I have a podcast. I say what I want and I won’t apologize,’ they leave you alone because ultimately what they want is an apology and they want you backpedaling. If you just sort of stand up like any bully, it’s not satisfying. I say outrageous things all day long on my podcast. People say to me, ‘how does that work?’ I say, ‘well, I don’t apologize so I’m not on their list of people who need to apologize.'”