Total immigration to the U.S. hit an all-time record in 2016 with 1.75 million new arrivals, according to a report released Wednesday.

The report comes from the Center for Immigration Studies, which analyzed the most recently available data from the Census Bureau’s American Community Survey. It shows the number of new immigrants — legal and illegal — tied the previous record set in 1999, just before the dot-com bust.

The historic high is a continuation of a post-Great Recession surge in immigration, according to the report’s authors, CIS research director Steven Camarota and demographer Karen Zeigler. Immigration has risen sharply since 2011, when there were about 1 million new arrivals.

The CIS report identifies multiple categories of foreign-born residents beyond new green card recipients, who make up the majority of immigrants. Also included are long-term visitors like guest workers and students — many of whom eventually adjust to permanent resident status — as well as asylum seekers and illegal immigrants.

Over the past decade, Asia has supplanted Latin America as the region that sends the most immigrants, but in 2016, Latin America was once again the most common region of origin for new immigrants. About 668,000 Latin American immigrants arrived that year, more than double the 335,000 that arrived in 2011, according to CIS. 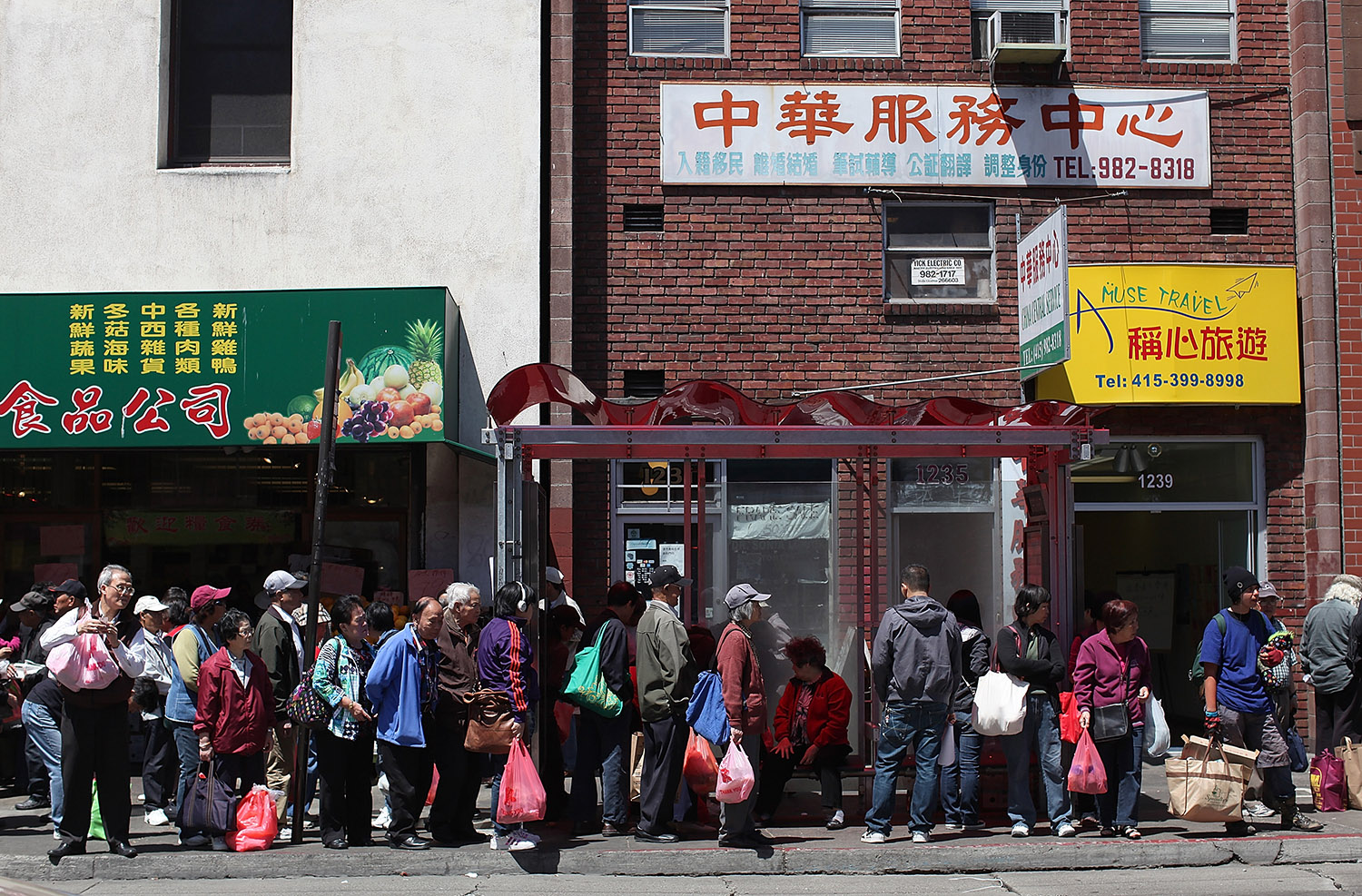 People wait for a bus in Chinatown on June 19, 2012 in San Francisco, California. (Photo by Justin Sullivan/Getty Images)

The U.S. foreign-born population has been rising — in relative and absolute terms — since 1965, when Congress repealed national origin quotas that were enacted in the 1920s. The trend has accelerated over the past two decades thanks to historically high levels of legal immigration: Since 2000, the U.S. has accepted an average of roughly 1.1 million immigrants per year, about the same average as it did in the first decade of the 20th century. (RELATED: One Out Of Every Eight US Residents Is An Immigrant)

If current migration levels hold steady, the foreign-born population will expand far beyond today’s share. Census Bureau projections put the immigrant share of the overall U.S. population at 15.8 percent by 2030 and 18.8 percent — or nearly 1 in 5 U.S. residents — by 2060.