U.S. Ambassador to Russia Jon Huntsman revealed Thursday that he has been diagnosed with stage one cancer.

“It’s just stage one,” Huntsman shared with the Deseret News. “So we’ll probably get it taken care of, and we’ll be fine.”

His comments came after he met with doctors at the Huntsman Cancer Institute in Utah after he noticed a small black spot on his ear and leg. The moles were later removed. (RELATED: Report: Abby Huntsman Negotiating Move From Fox News To ‘The View’) 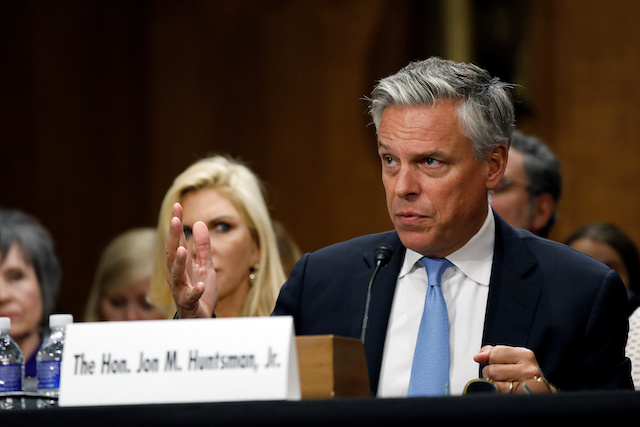 Former Gov. Jon Huntsman (R-UT) testifies before a Senate Foreign Relations Committee hearing on his nomination to be ambassador to Russia on Capitol Hill in Washington, September 19, 2017. REUTERS/Aaron P. Bernstein

Huntsman recently lost his close friend and Arizona Republican Sen. John McCain, who also had been diagnosed with the melanoma. In February, the former Utah governor lost this father to cancer, as well, which was not lost on the ambassador.

“It kind of puts things in perspective,” Huntsman explained.

The article noted that the ambassador, who previously ran briefly for president in 2012, will meet with his doctors and have regular checkups to make sure the cancer does not spread.

Reacting to the news, his daughter and co-host on “The View,” Abby Huntsman, talked about her father’s diagnosis and explained on the show how it has been a “wake-up call.”

“I think as every daughter, I’m like Meghan [McCain]. I’m a daddy’s girl,” Huntsman shared. “It’s like a wake-up call. It’s passed down to me as well.”

“If you look at my chest, I had — two weeks ago — a mole taken out that was headed in the same direction as his,” she added. “Skin cancer, which is the most common type of cancer there is. So, just a wake-up call to everyone here and everyone watching: go get checked out.” 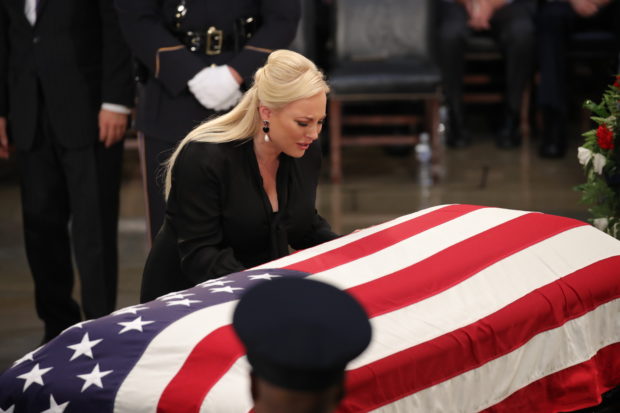 Meghan McCain, daughter of Sen. John McCain, touches the casket during the ceremony honoring the late US Senator inside the Rotunda of the U.S. Capitol, August 31, 2018 in Washington, D.C. (Photo by Drew Angerer/Getty Images)

“So hang on tight to the people that you love,” the former Fox News host said. “And go get yourself checked out.”

A short time later she tweeted, “Damn Huntsman moles! Get checked, wear sunscreen, and cherish every minute [with] the people you love.”

1
15 People Died In The Protests And Riots Following George Floyd's Death. Here's Who They Are
US
2
'This Is A Sham': Tucker Blasts Health Care Professionals Who Signed Letter Exempting George Floyd Protests From Coronavirus Restrictions
Media
3
Trump Orders Thousands Of US Troops To Leave Germany
World
4
82-Year-Old Attacked For Holding A Trump Sign Gets Emotional When He Receives A Call From Donald Trump Jr.
US
5
Andrew Cuomo Complains That Looters Are Getting Out Of Jail — His Bail Reform Opened The Door
Politics