De Blasio named politicians, first responders and people who marched in the Halloween parade after the attack in his address, but grieving families did not hear him name their loved ones who died one year ago.

Eight people died in the terror attack last year after Sayfullo Saipov plowed a Home Depot rental truck through cyclists and runners on a bike path in New York City.

De Blasio’s only reference to the victims during his memorial speech was a brief mention of the “eight good lives lost,” according to a report by The New York Post. 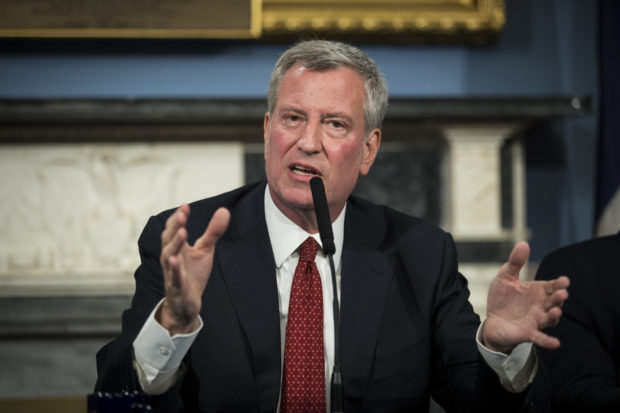 A mourner called out de Blasio’s error shortly after the speech ended, and the mayor rushed back on stage to name the victims. (RELATED: Bill De Blasio Hosts ‘Believe Survivors’ Event In NYC – But His Odd Selfie Steals The Show)

“I apologize. This should have been part of the gathering to read the names of the eight that we lost,” de Blasio reportedly said. “So I want to right that wrong with apologies and do that now and ask everyone to bow their heads as we remember each of them.” 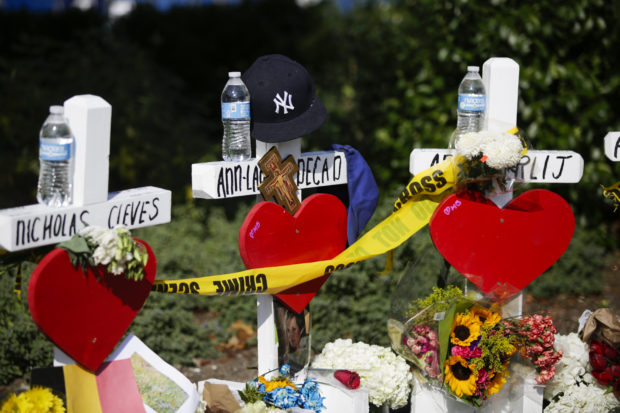 NEW YORK, NY – NOVEMBER 03: Flowers are seen at the makeshift memorial for victims of Tuesday’s terrorist attack along a bike path in lower Manhattan on November 3, 2017 in New York City. Eight people were killed and 12 were injured on October 31 when suspect 29-year-old Sayfullo Saipov intentionally drove a truck onto a bike path in lower Manhattan. (Photo by Eduardo Munoz Alvarez/Getty Images)

Eric Phillips, a City Hall spokesman, said de Blasio didn’t read the names because they were not “on the program.”

“The program didn’t originally include a reading of the names. When the families raised the issue, he agreed and read the names,” Phillips said.

Mourners also say they were not told about the memorial event until the last minute.

Nicholas Cleves’ mother, Monica Missio, was allegedly not notified of the ceremony until Tuesday and could not attend because she was out of town.

“It is so traumatic for her to be in the city today that she is in the Boston area and wasn’t told about this memorial service until 4 p.m. yesterday,” Hugh Hales-Tooke, a friend of Missio, told The Post. “She’s very hurt. She was very hurt.”

Hales-Tooke felt so slighted by the treatment of Missio that he refused to shake de Blasio’s hand before the event.

“I didn’t hear a thing about the lives, the people. Nicholas Cleves was born and bred in New York. He loved this city. His mother’s destroyed by this,” Hales-Tooke said.

Phillips explained that the invites came late because the event was pulled together last-minute.

“While the event came together very recently, they should have been invited earlier,” Phillips said.

The terror attack last year produced a grisly scene, as Saipov shouted, “Allahu Akbar,” while driving his truck through victims and then got out of the truck brandishing two fake guns. Police shot Saipov but were able to take him into custody alive. 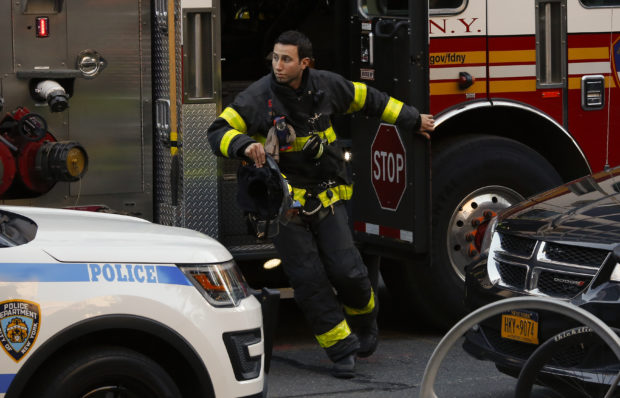 NEW YORK, NY – OCTOBER 31: Emergency personal respond to reports of possible shooting in Lower Manhattan on October 31, 2017 in New York City. According to reports up to eight people may have been killed. (Photo by Kena Betancur/Getty Images)

“In NYC, looks like another attack by a very sick and deranged person. Law enforcement is following this closely. NOT IN THE U.S.A.!” Trump tweeted shortly after the attack.