The two ads deleted on Thursday endorsed two Republicans: Rep. Marsha Blackburn of Tennessee and Senate candidate Matt Rosendale. Facebook later changed their initial ruling on one of the ads hours after its initial deletion.

The first ad itself describes both Marsha Blackburn and her Democratic opponent Phil Bredesen’s voting records on abortion, which is still up on Twitter. The other one followed a similar style, highlighting Montana Democratic Sen. Jon Tester’s voting record on abortion. 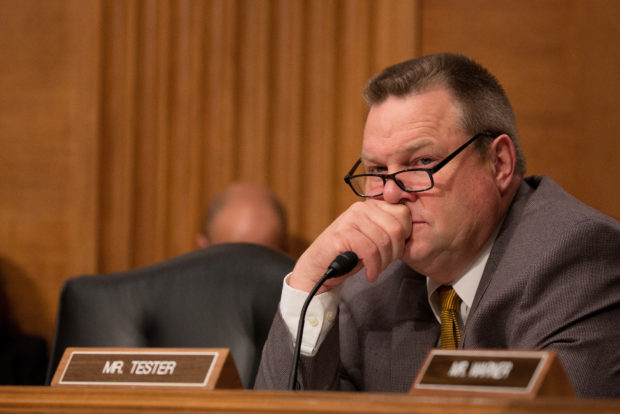 WASHINGTON, DC – MAY 18: U.S. Sen. Jon Tester (D-MT) listens to Treasury Secretary Steven Mnuchin at a Senate Banking Committee and International Policy hearing on Capital Hill May 18, 2017 in Washington, DC. Mnuchin spoke before the committee that oversees bank regulations in his first congressional testimony since being named as Treasury secretary. (Photo by Tasos Katopodis/Getty Images)

Back in October, the social media platform banned two other Susan B. Anthony List ads. Both of them were not endorsements for specific candidates but instead just encouraged voters to vote for pro-life candidates. Both of those ads were then reinstated.

Other ads advocating against Josh Welle and Sen. Claire McCaskill were also banned, according to Susan B. Anthony List’s twitter account.

When asked about the Blackburn ad ban, a Facebook spokesperson told The Daily Caller, “This ad does not violate Facebook’s policies and should never have been disapproved. We’re sorry for this mistake — the ad has been restored and is now running on Facebook.”

Susan B. Anthony List President Marjorie Dannenfelser said in a statement prior to the Blackburn ad’s reinstatement, “Facebook must immediately stop its censorship of pro-life speech. All the information presented in our ads has been factual, if surprising, to those unwilling to face the reality of pro-abortion extremism. Facebook is censoring the truth and political free speech.” 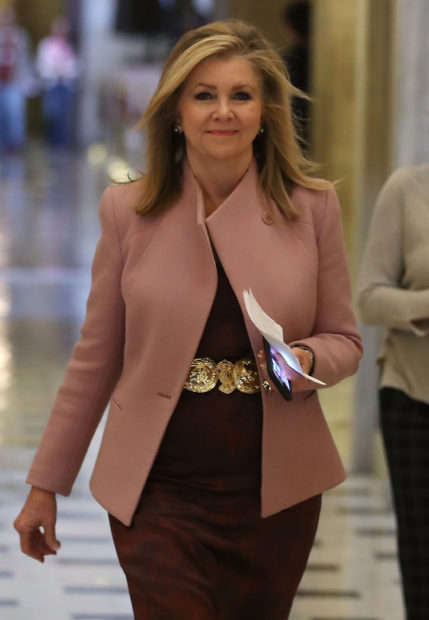 Blackburn’s campaign also recently got banned from another social platform: Google Ads. Blackburn used video from protesters interrupting her moment of silence for the Pittsburgh synagogue shooting, but it was not approved because it contained “shocking content.”

Months ago, in Blackburn’s ad announcing her Senate campaign, she said that Planned Parenthood sold “baby body parts.” Twitter took down the video, but Facebook’s CEO Sheryl Sandberg said that their platform would’ve allowed the ad to stay.

Facebook has also had multiple controversies about what they’ve allowed and disallowed on their platform. Back in August, they apologized to Prager U for removing their videos, yet they also permitted Louis Farrakhan’s anti-Semitic speeches to remain on their site.