At least 15 civilians were killed late Wednesday night in Nigeria after a suspected Boko Haram attack on several villages and one refugee camp near the city of Maiduguri in the country’s northeast.

According to a report from Reuters, the attackers used small arms and rocket-propelled grenades (RPGs) during the attack, and some of the victims were found burned inside their homes. 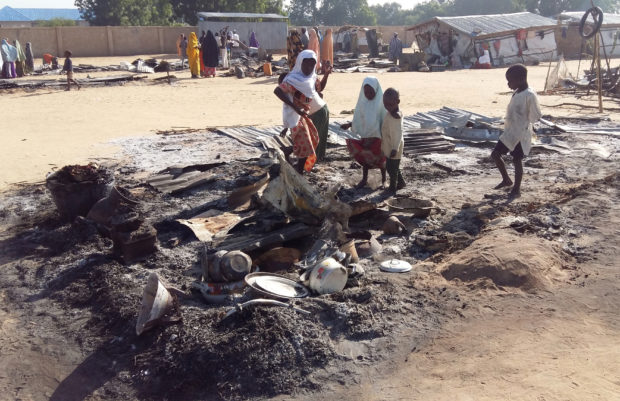 People stand amid the damage at a camp for displaced people after an attack by suspected members of the Islamist Boko Haram insurgency in Dalori, Nigeria November 1, 2018. REUTERS/Kolawole Adewale

“The terrorists attacked and completely burned Bulaburin and Kofa villages and burnt half the Dalori 2 IDP (internally displaced persons) camp,” said Babakura Kolo, a civilian militia commander, according to a report from Al Jazeera. “They killed nine people in Bulaburin, two people in Dalori, and one in Kofa and looted food supplies before setting them on fire.”

Witnesses told reporters that the killings were “indiscriminate,” and that the attackers “gunned down civilians” before looting the villages for food. Civilian militias and the Nigeria Army responded and eventually drove the attackers off. 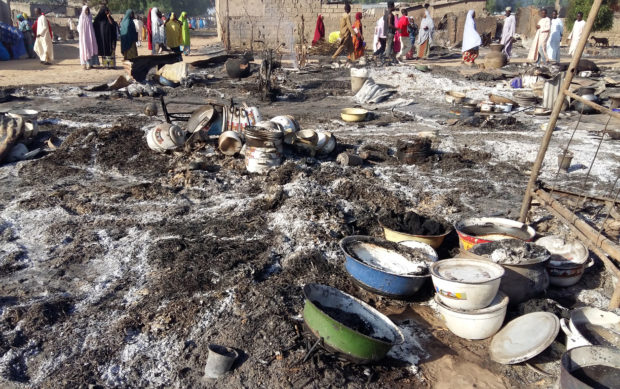 A general view shows the damage at a camp for displaced people after an attack by suspected members of the Islamist Boko Haram insurgency in Dalori, Nigeria November 1, 2018. REUTERS/Kolawole Adewale

(RELATED: Boko Haram Expected To Quadruple Use Of Girls In Suicide Attacks This Year)

Although the government of Nigeria has claimed that Boko Haram has been losing power in the region, the group and its allies like ISIS-West Africa continue to terrorize much of the continent.

According to Al Jazeera, Boko Haram has attacked villages and camps in the part of Nigeria before, and that the total number of people killed by the terrorist organization is greater than 20,000. An additional two million people have been forced to move to avoid the violence.