West Virginia Democratic Sen. Joe Manchin faced off against Republican opponent Attorney General Patrick Morrisey on Thursday night, when the two debated why they should get voter support.

Morrisey focused on Manchin’s support for Clinton during the 2016 election, despite remarks that her policies would put “coal miners and coal companies out of business.” Morrisey also touted his support for Trump’s pro-coal agenda.

Manchin has “grown accustomed to the ways of Washington,” Morrisey said in the debate. “I fought very hard for our coal miners. Senator Manchin abandoned them” by supporting Hillary Clinton, he said.

“I want to make sure West Virginia gets the conservative leadership it deserves,” Morrisey said. “Senator Manchin — you can’t trust anything he says.” 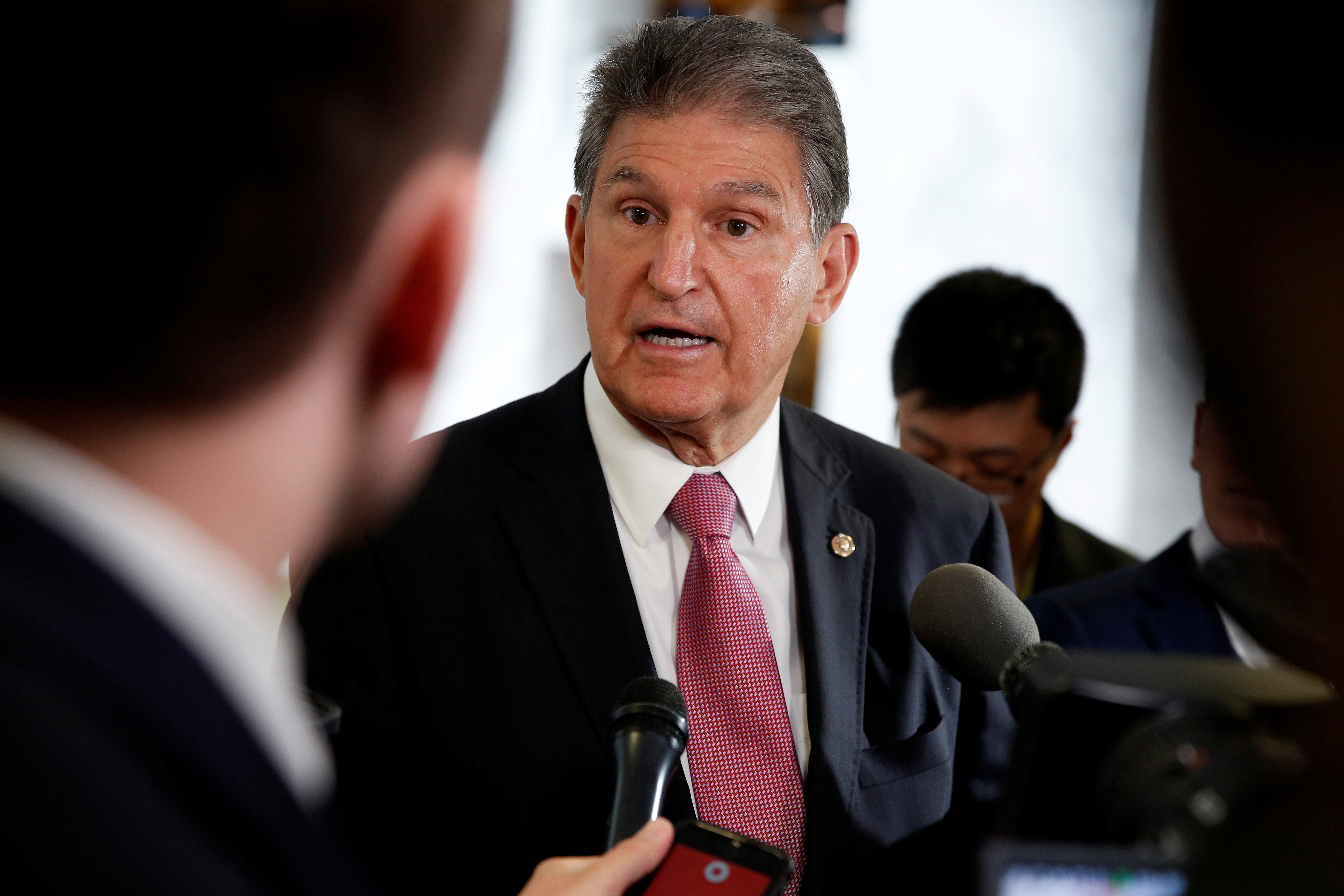 Senator Joe Manchin (D-WV) speaks to the media as he arrives for a Senate Intelligence Committee hearing evaluating the Intelligence Community Assessment on “Russian Activities and Intentions in Recent US Elections” on Capitol Hill in Washington, U.S., May 16, 2018. REUTERS/Joshua Roberts.

“Hillary Clinton is not on the ballot,” Manchin told Morrisey after repeated references to the former Democratic presidential contender.

Trump will hold a rally in West Virginia on Friday in support of Morrisey’s campaign. Donald Trump, Jr., the president’s son, took to Twitter during the debate to attack Manchin as having “more in common with Hillary Clinton than the people of” West Virginia.

Morrissey also attacked Manchin for not supporting a state ballot initiative declaring there’s “[n]o constitutional right to abortion.” Manchin admitted during the debate he did not support the ballot measure.

Manchin, however, hit Morrisey for his ties to the pharmaceutical industry and time as a D.C. lobbyist.

Much of the debate centered on health care policy, from prescription drug prices to the opioid crisis afflicting thousands of West Virginians. Morrisey lobbied for pharmaceutical companies in the past, but his wife is still a lobbyist for the industry.

“There’s only one person who’s made money off pills,” Manchin said, referring to Morrisey. “He got rich and West Virginia got sick.”

Manchin also didn’t hesitate to point out Morrisey’s New Jersey roots while highlighting the fact he was born and raised in the state.

“I don’t think Patrick’s lying. I don’t think he’s dishonest. I think he’s confused and he doesn’t understand West Virginia because he hasn’t been here that long,” Manchin said. 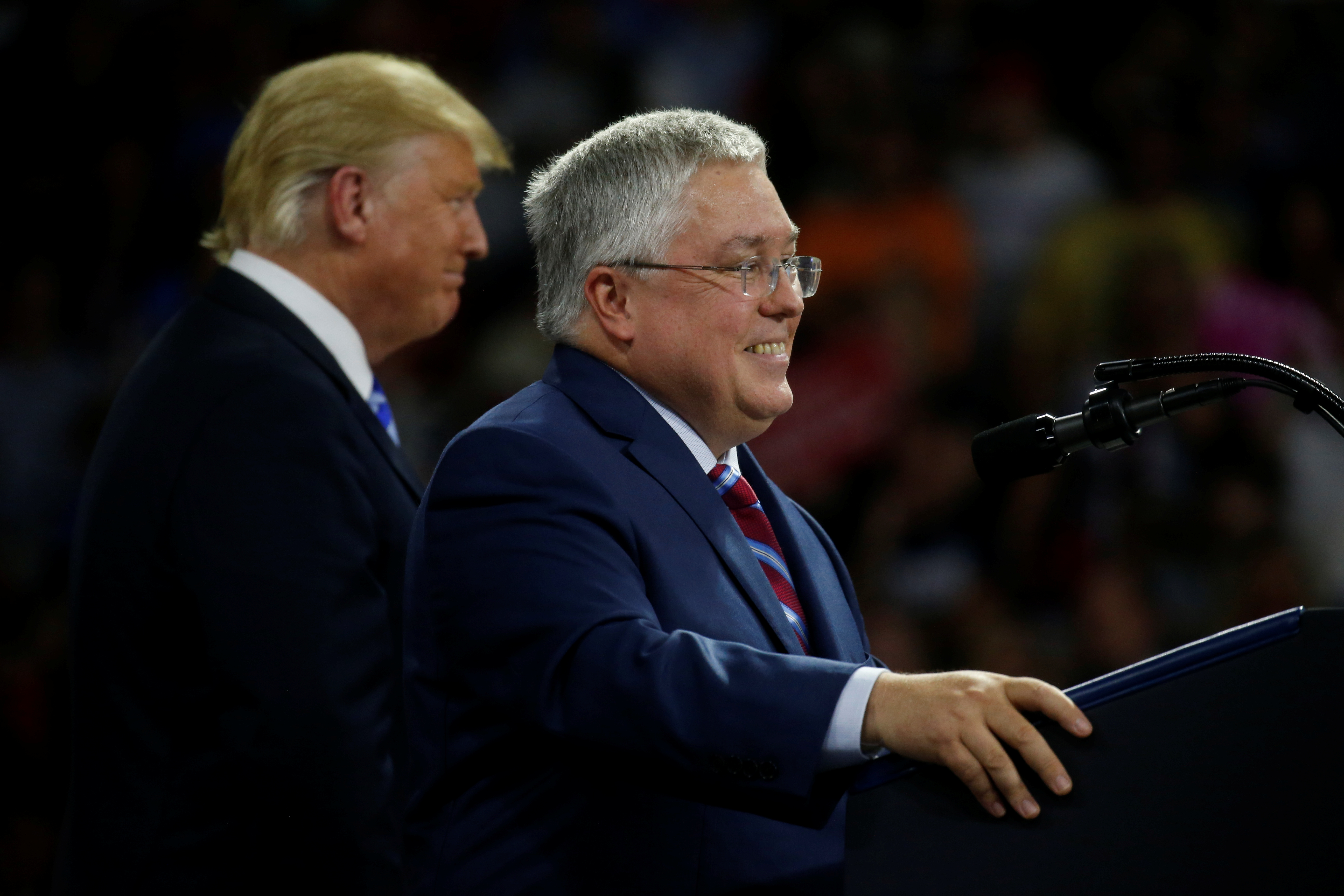 “He votes like a senator from New Jersey and from Washington,” Morrisey said of Manchin during the debate.

At one point in the debate, moderator Hoppy Kercheval of the West Virginia MetroNews pressed Manchin on his 11th-hour support for U.S. Supreme Court Justice Brett Kavanaugh’s confirmation.

Manchin announced his support for Kavanaugh minutes after Maine Republican Sen. Susan Collins publicly said she would vote to confirm the former D.C. Circuit Court judge. Kercheval asked Manchin why he was the “last vote” for Kavanaugh.

“I wasn’t the last vote,” Manchin said, adding he withheld his support for Kavanaugh for weeks do he could do his due diligence and so the FBI could investigate sexual assault allegations against the judge.

“This is another example of how Senator Manchin says one thing in West Virginia and another in Washington,” Morrisey said, again tying the question to Clinton.