Melania Trump’s spokesperson Stephanie Grisham called out Quartz following its report that alleged the first lady’s one night stay in a Cairo hotel cost “over $95,000.”

Addressing the outlet Thursday, the first lady’s spokeswoman tweeted, “Hi @qz – the First Lady did not stay the night in Cairo. This is an example of irresponsible journalism & had someone (@JustinRohrlich ) fact checked things [with] me, this could have been avoided.” (RELATED: Melania Trump Feeds Baby Elephants In Kenya, Ivory Burn Sites) 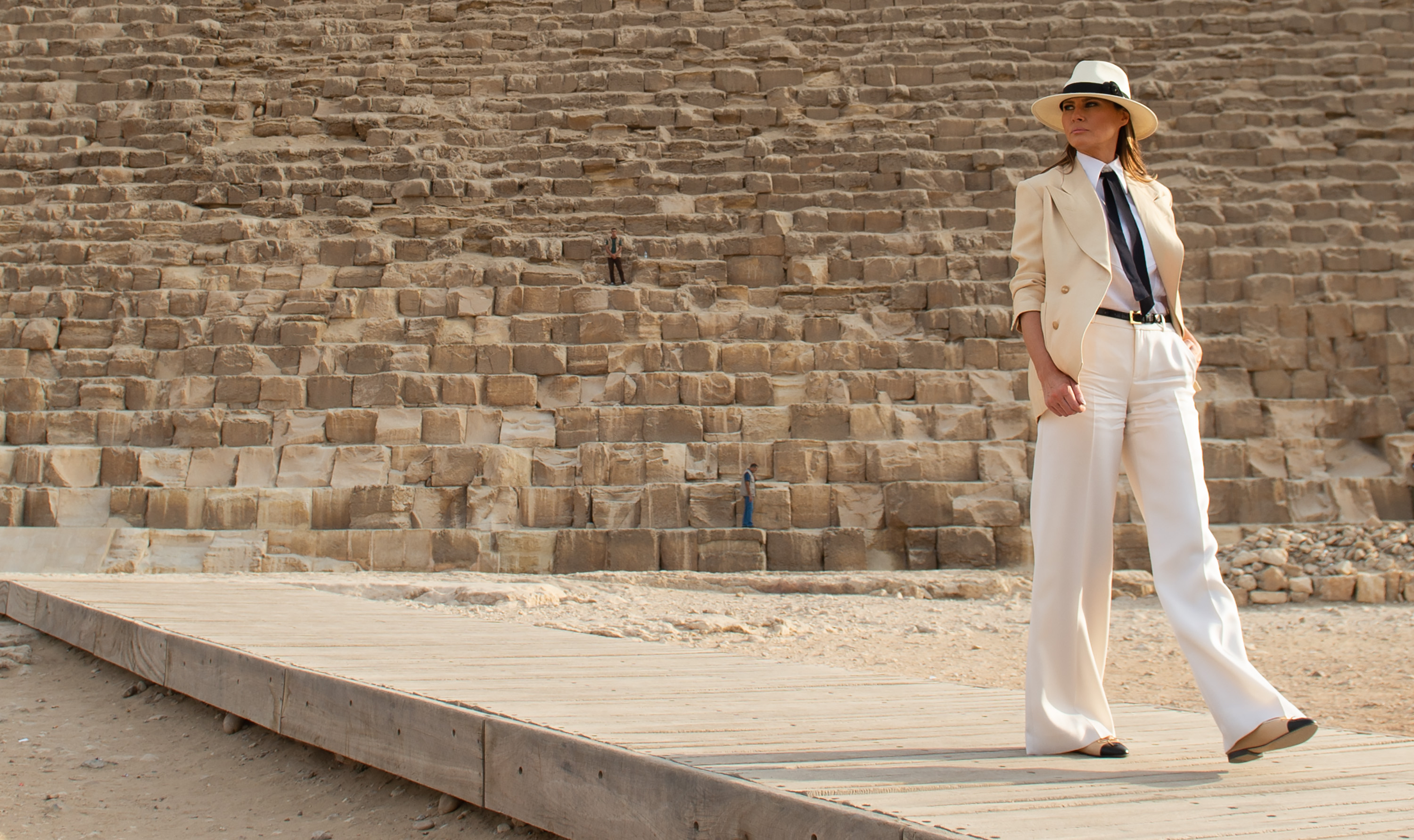 US First Lady Melania Trump stands in front of the Great Pyramid in Giza, Egypt, October 6, 2018, the final stop on her 4-country tour through Africa. (Photo by SAUL LOEB / AFP)

The article was noticed by a CNN reporter who also tweeted that Trump “didn’t stay overnight in Cairo.”

Except that @FLOTUS didn’t stay overnight in Cairo. https://t.co/wcKvLSHgoK

The comments came following the outlet’s report earlier titled, “Melania Trump spent one night in Cairo and the hotel bill was over $95,000.”

Later, an editor’s note added to the article shared that an earlier version “suggested that Melania Trump stayed overnight at the hotel in Cairo. A spokeswoman clarified that the first lady did not spend the night in the hotel. The article and our headline have been updated to reflect this.”

In the piece, the article cited federal spending records and claimed that “Melania Trump’s stay in Cairo during her October trip to Africa cost taxpayers $95,050.”

And that the “US first lady and her entourage racked up the tab at the Semiramis Intercontinental Cairo, which offers rooms starting at $119. The hotel’s presidential suite can be rented for $699, which includes $156.50 in taxes, per the property’s website.”

The piece also noted that the record omitted “how many rooms were rented” or how the funds were allocated.

In October, FLOTUS made a solo trip to Africa and visited Kenya, Ghana, Malawi and Egypt.