Candidates have spent major money on advertisements to tell voters why they are the right choice — in fact, the Center for Responsive Politics predicted Monday that Democrats and Republicans will spend more than $5.2 billion this election cycle, making it the most expensive ever.

However, these politicians might wish they had not wasted funds on these ads.

“Cramer did get raises totalling that amount. But the ad completely distorts Cramer’s hand in securing the pay increase,” PolitiFact explained.

North Dakota’s governor collaborates with the state Office of Management and Budget to establish commissioners’ salaries, which are approved by the Legislative Assembly, according to PolitiFact. Other officials including North Dakota’s governor, secretary of state and state auditor received proportionally similar pay hikes. (RELATED: The Midterm Elections Are One Week From Today — Here’s What You Can Expect)

Cramer is currently polling about 12 points above Heitkamp, according to RealClear Politics.

Democratic Missouri Sen. Claire McCaskill’s campaign ran a radio ad with a line claiming she’s “not one of those crazy Democrats.”

Fox News Host Bret Baier asked her to name examples of crazy Democrats during an interview Monday. She called out Democratic Sen. Elizabeth Warren of Massachusetts and Independent Sen. Bernie Sanders of Vermont, saying that Warren “sure went after me” and that she “certainly” disagrees with Sanders “on a bunch of stuff.”

McCaskill also referred to a state senator who called for President Donald Trump’s assassination as a crazy Democrat. Missouri Democratic state Sen. Maria Chappelle-Nadal shot back Monday and Tuesday by calling McCaskill a “piece of s–t” and “Dixie Claire.”

Republican candidate Josh Hawley has a slight edge on McCaskill, according to RealClear Politics.

“What is service? … It’s a kid from Marlton who became a national security officer for Republican and Democratic presidents and worked in Afghanistan under Generals Petraeus and Allen,” Kim said in the ad.

WaPo dinged Kim for making his job history sound more bipartisan than it really is. The work for a Republican president that Kim claims in the ad was really five months at an “entry-level position” in 2005, according to WaPo, which called the ad “a classic case of resume puffery.”

His resume shows he also worked as a director for Iraq issues on the National Security Council in the Obama administration.

Kim is polling neck-and-neck with Republican Rep. Tom MacArthur, according to RealClear Politics.

However, the MacArthur campaign was also dinged by WaPo for distorting the fact check story after the Republican ran attack ads implying Kim lied about serving in the military and based the claims on the WaPo Fact Checker.

“If you’re paying attention to the United States Senate race for Michigan, you need to look at the leadership, the experience and, I believe, the kind of presence that we need in Washington in John James,” Suprise said in James’s video.

Tim! We love Tim. We ran into him just last week. Tim, a fmr. Reserve officer in the U.S. Army, said: “You need to look at the leadership, the experience, and I believe the kind of presence that we need in Washington, in John James for US Senate.” #LetsFlyMI #TeamJohnJames #MISen pic.twitter.com/PoOklqVsZa

Suprise discussed how Stabenow’s stance toward small businesses has “mattered tremendously” to him and his employees in the Democrat’s video.

Stabenow is polling about 10 points above James, according to RealClear Politics.

James’ first campaign ad of the general election also included “footage of a school hallway with a bulletin board full papers — one of which appears to be printed with a swastika symbol,” according to CBS News. The candidate pulled the ad and apologized. 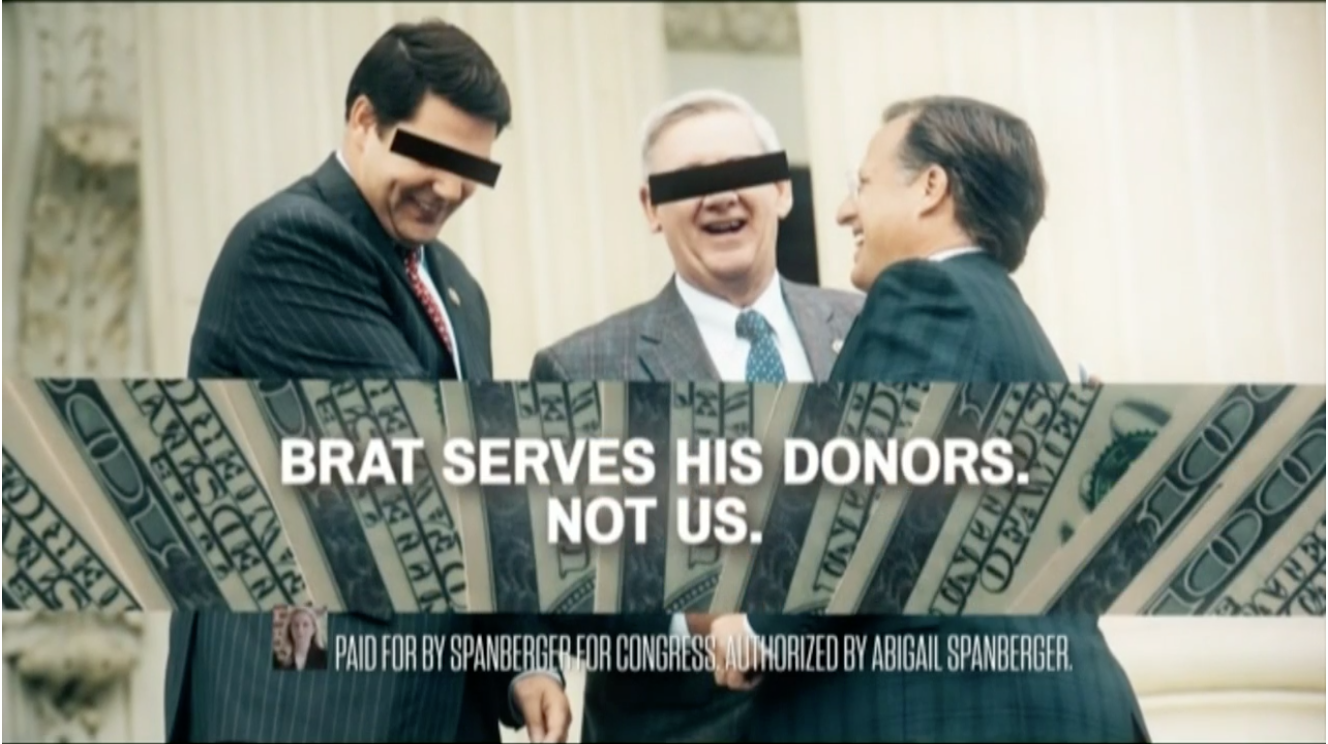 “Brat serves his donors. Not us,” the ad claimed.