Oprah Winfrey stumped for Georgia gubernatorial candidate Stacey Abrams Thursday and reiterated once more that she has no plan to run for president in 2020 against President Donald Trump.

“So, on November 6, you all are here, you’ve already got it,” the 64-year-old former talk show host told the crowd gathered at the rally in Marietta. “So, now your job is to go out and let everybody else know how to get it. You make your voice heard on November 6.”  (RELATED: Georgia Dem Gubernatorial Candidate Stacey Abrams Helped Burn State Flag In Protest)

She added, “We have this incredible opportunity to make history. We have our inalienable right to vote because the one place where we are all equal, where is it … it’s is at the polls. And I am here today because I know you know that. But I just came to remind you of the power.”

Winfrey continued, “And I want to make it very clear to all of the press, everybody, I am not here because I’m making some grandstand because I’m thinking about running myself. I don’t want to run! OK”

“I’m not trying to test any waters,” the actress shared. “I don’t want to go in those waters! I am here today because of Stacey Abrams!” 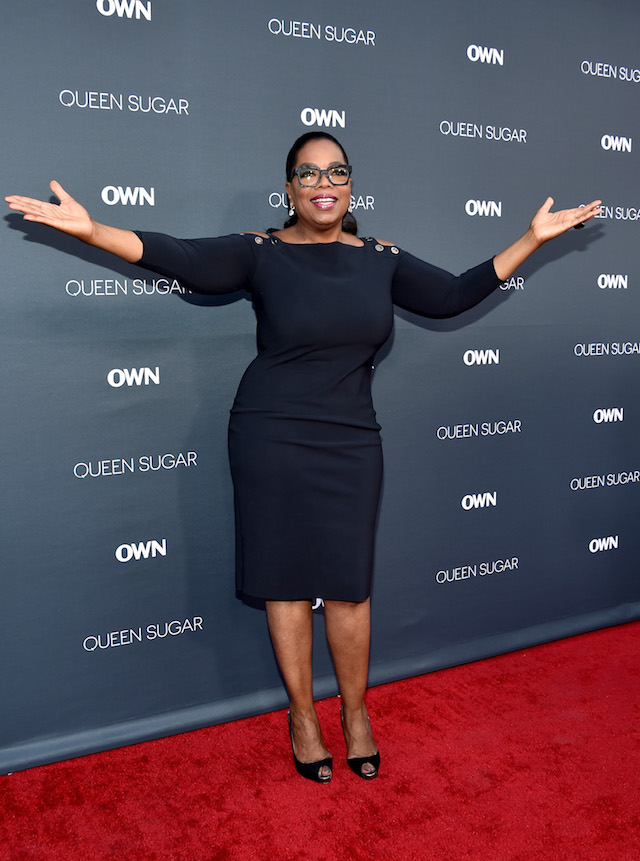 “And I’m here today because of the men, and because of the women who were lynched, who were humiliated, who were discriminated against, who were suppressed, who were repressed, and oppressed for the right for the equality at the polls. And I want you to know that their blood has seeped into my DNA, and I refuse to let their sacrifices be in vain. I refuse.”

Winfrey’s Golden Globe speech in January sparked a flood of calls and support from the left and Hollywood hoping that it meant she would consider running for president.

Time and time again in past interviews, however, she has explained that she has no desire to throw her hat in the ring.