A series of Fox News Senate polls released Wednesday show Republican candidates ahead by nearly double digits in several key races, including North Dakota and Tennessee, less than a week ahead of November’s midterm elections.

Blackburn holds 50 percent of the vote among likely voters, up from a previous 48 percent, against Bredesen’s 41 percent, which is down from 43 percent in a Sept. 29 – Oct. 2 poll by the same surveyors.

Among likely voters, Cramer holds a solid 51 percent of the vote, down from a previous 53 percent, against Heitkamp’s 42 percent, which is up from 41 percent in a Sept. 29-Oct. 1 29 poll by the same surveyors.

Blackburn and Bredesen diverge starkly when it comes to the political issues, especially immigration, which has become a key element heading into Tuesday’s elections.

Blackburn, a vocal supporter of President Donald Trump and his plan to build a wall along the nation’s southern border, released a digital ad Friday highlighting comments Bredesen made on the migrant caravan carrying thousands of Central Americans headed for the U.S. border.

Bredesen told WCTB-TV on Oct. 24 that the U.S. is the strongest country in the world, so a “few thousand very poor people coming to our border is not a threat.”

“If Phil Bredesen had his way he would be at the border to greet these illegal aliens with driving certificates, encourage them to work on his campaign, and go vote,” Blackburn’s campaign manager, Kevin Golden, said in a press release.

Bredesen, who made headlines in early October after singer Taylor Swift made a rare political statement endorsing the Democrat for Senate, has pushed against the wall and believes “modern technology” is a more effective way of securing the borders. (RELATED: Taylor Swift Begs People Not To ‘Sit Out’ Election: ‘We Want Leadership, Not Fear-Based Extremism’)

Spending in the race between Blackburn and Bredesen soared to $68.3 million Friday, making it one of the most expensive campaigns in the state’s history, according to The Tennessean.

The Washington Post’s Amber Phillips declared the North Dakota Senate seat the “most likely to flip” in an Oct. 17 analysis.

Heitkamp has found herself in hot water in the final weeks of her campaign for a series of self-inflicted errors in which she’s revealed people’s personal information and experiences without their consent.

Heitkamp published a newspaper ad on Oct. 14 that listed alleged sexual assault survivors by name, a number of whom said they had not given their permission to be in the ad or were not survivors of sexual assault.

“I deeply regret this mistake and we are in the process of issuing a retraction, personally apologizing to each of the people impacted by this and taking the necessary steps to ensure this never happens again,” Heitkamp said in a statement, according to The Associated Press. 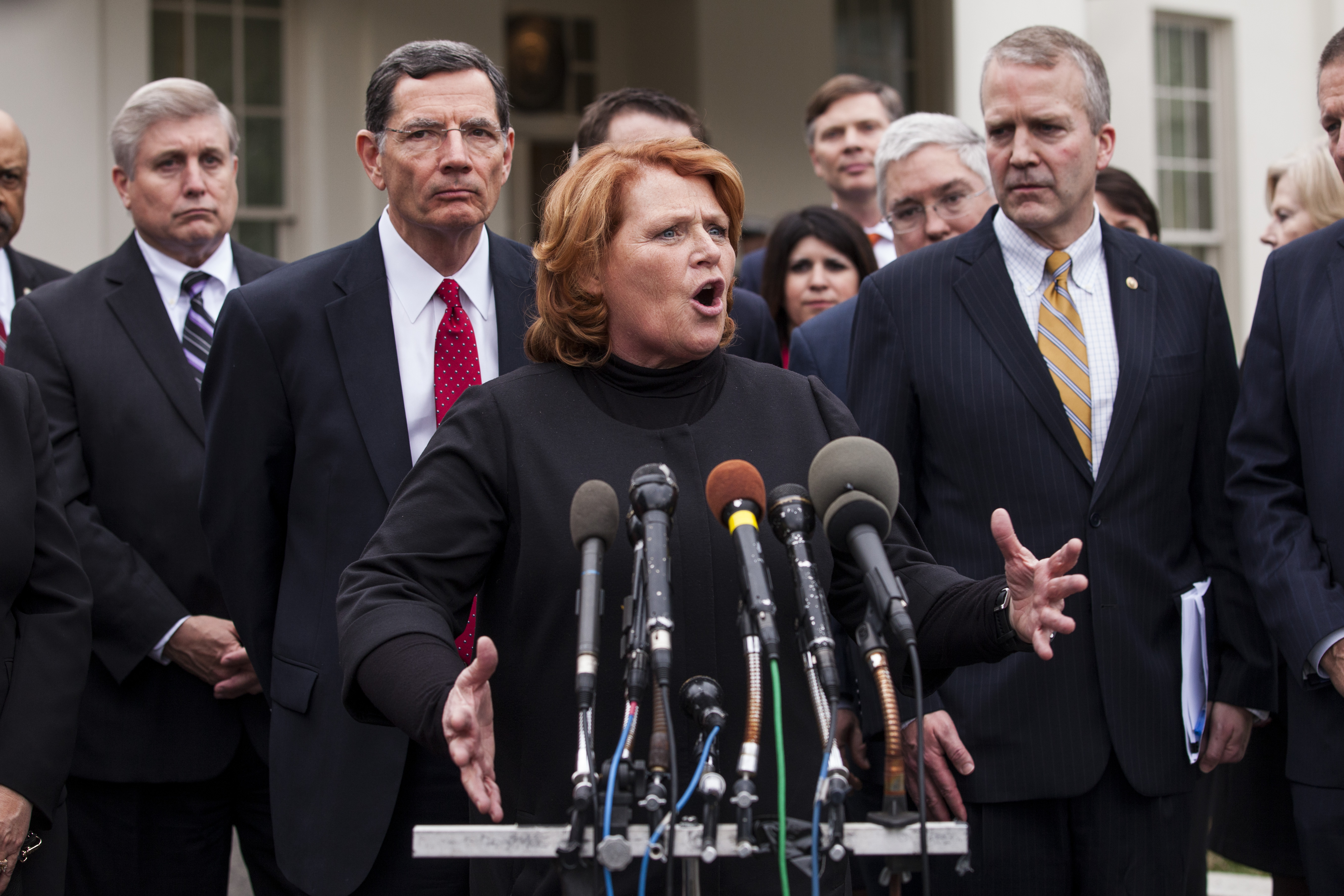 In a Facebook post on Oct. 23 that has since been deleted, Heitkamp shared her experience meeting Lynn Aas, a World War II veteran. The post describes his service during WWII and him continuing his education in North Dakota.

“Lynn is not happy that Heidi did this. We have posted a comment requesting that it be taken down,” David Aas, Lynn’s son, told Rob Port, a political blogger. “Lynn wants to make it clear that no one from the Heitkamp campaign contacted him to ask for permission for this, and he does not want this to be viewed as an endorsement of her campaign.”

Heitkamp’s communication director, Abbie McDonough, told The Daily Caller that this situation was “gutter politics at its worst.”

1
Black Firefighter Spent His Life Savings To Open A Bar. Then Minneapolis Looters Burned It Down
US
2
Beating Up An Old Man, Assaulting Journalists, And Ramming Protesters With Cars: Police Violence During Protests Caught On Video
US
3
Greg Abbott Declares State Of Disaster, Gives Green Light To Federal Assistance
US
4
Biden Staffers, Celebrities Scramble To Funnel Bail Money To Rioters
Politics
5
US Will Officially Designate Antifa As Terrorist Org, President Trump Says
Politics