Rabbis entered the Tree of Life synagogue in Pittsburgh Saturday after a shooting and fulfilled the sacred Jewish duty of gathering every trace of the dead for burial.

The rabbis, escorted by FBI officers, entered the synagogue with a group of volunteers adorned in face masks and forensic coveralls, mere hours after the shooting in which a gunman killed 11 people, to gather every drop of blood and bodily remains of the victims. They did so in accordance with Jewish law, which prescribes specific burial rites in which all that belonged to the body of the deceased must be buried as soon as possible. (RELATED: Pittsburgh Synagogue Shooting Suspect Appears In Court And Enters His Plea) 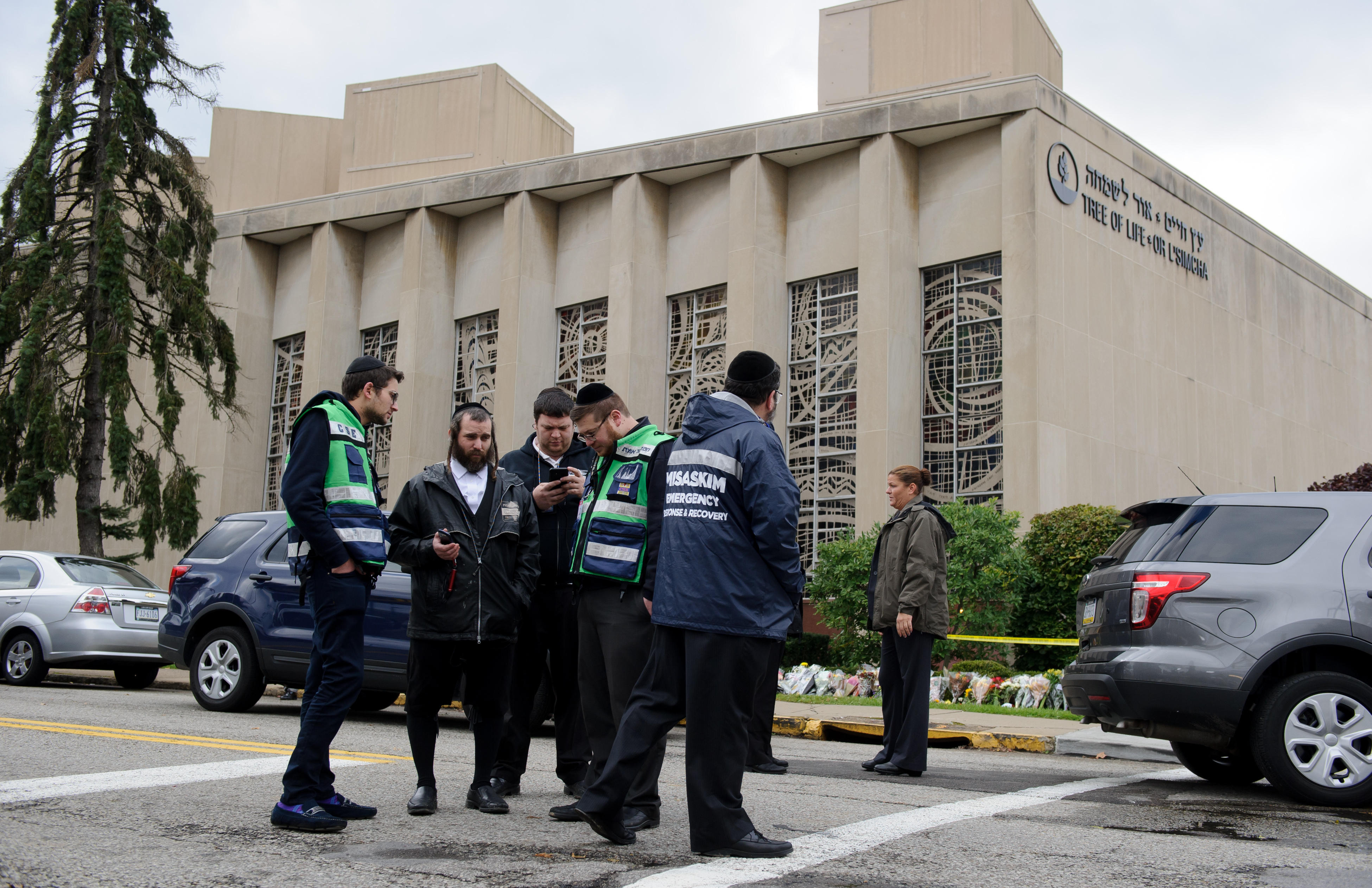 “The Jewish law is that everything that belonged to the body needs to be buried, so we do our best,” Rabbi Elisar Admon said Tuesday, according to The Associated Press.

The task before the rabbis and volunteers of gathering their friends’ remains was made all the more daunting by the violent manner in which the gunman took their lives.

Orthodox Rabbi Daniel Wasserman leads the Pittsburgh chapter of a Jewish burial society called Chevra Kadisha, which traditionally prepares bodies for burial according to Jewish custom. He and Admon led the group in gathering and accompanying the remains of the victims through Saturday night, aided by a hand drawn map of where each person had died in the synagogue. Admon said the only way to fulfill such a duty was to focus on the task at hand and push any deeper contemplation of the scene to the side until afterward.

“I’ll tell you the truth, Saturday night was very tough. I came home and I just started crying,” said Admon. “I’ve been to a lot of scenes, but these are people you know very well. It was very hard to see, like, people coming on a Saturday morning to a peaceful place … to get a connection with God and the same moment they got a connection with God, an evil person came and in and said, ‘Guys, just because you’re Jewish, I’m going to kill you.'”

Admon has indeed seen his fair share of heart-wrenching scenes. He is served as a member of Zaka International in Israel, recovering bodies from the sites of terrorist attacks and other tragedies.

The task of recovering the remains of the victims, hard as it was, was also a source of comfort, according to Admon. While performing the duty ensured that Jewish law was fulfilled, it also helped both the rabbis and volunteers to know that doing so helped make the victims whole in death.

Admon said fulfilling this sacred duty necessary not only to honor Jewish law, but to “give these people the respect they need, because it’s the minimum we can do.”