President Donald Trump pledged to sign a comprehensive new executive order which would force asylum seekers to go towards legal ports of entry and to end the policy of catch and release, in a major Thursday afternoon immigration address.

Trump noted that the U.S. military would be erecting major tent cities along the U.S.-Mexico border and pledged that anybody detained seeking asylum would await their adjudication procedures while in custody. The president did not offer specifics on the plan but noted that he will try to circumvent current loopholes which allow illegal immigrants to claim asylum and gain entry into the country.

The president also noted that he had deployed 5,200 troops to the U.S. border to harden ports of entry who would assist in border enforcement. Trump warned the migrants  that “anybody throwing stones, rocks, like they did to Mexico and the Mexican military, Mexican police, where they badly hurt police and soldiers of Mexico, we will consider that a firearm.” 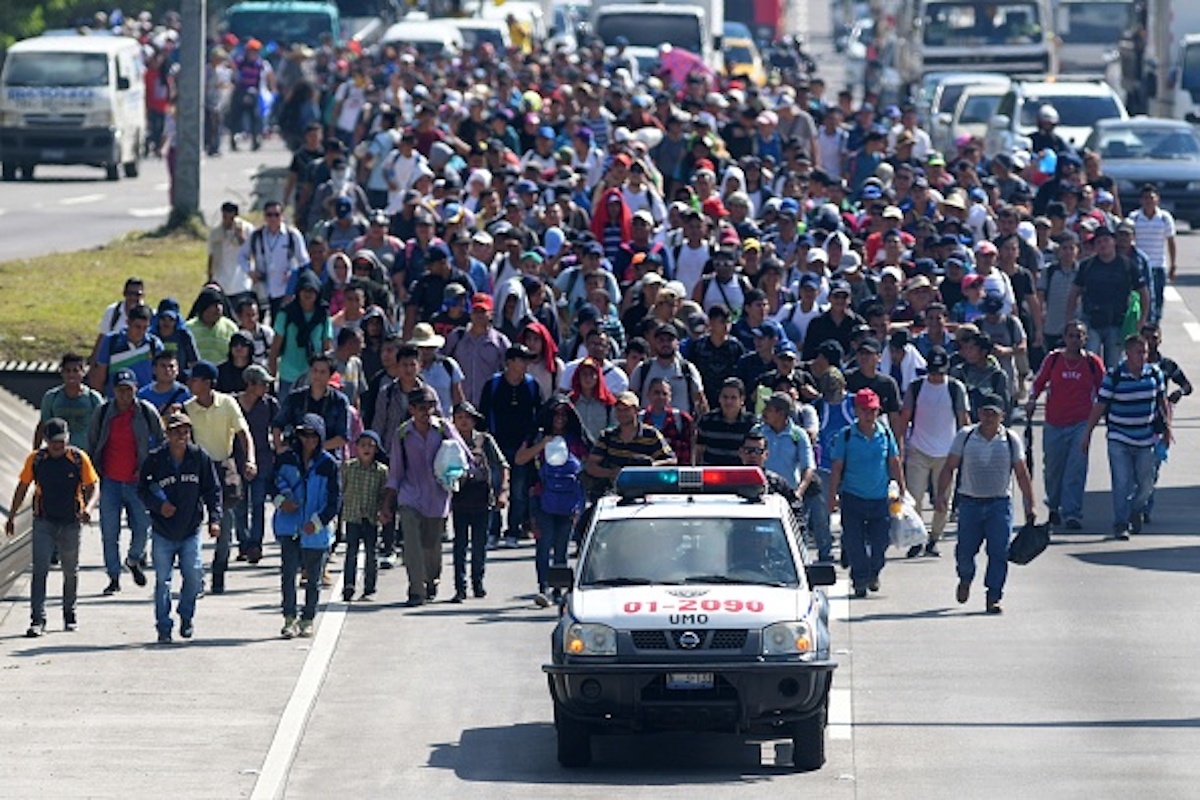 Trump noted that some migrants have been violent while attempting to cross the Mexican-Guatemalan border. The president has been incensed by the advancing caravan which has swelled to nearly 6,000 people, largely comprised of citizens of Central America.

Trump continued of any rock throwing “we will consider it, the maximum that we can consider that … We’re not going to put up with that. They want to throw rocks at our military, our military fights back … I told them to consider it a rifle.”