Republican Florida Rep. Carlos Curbelo spoke about his belief in “second chances” at a press conference in Homestead, Florida, Thursday with a teenage constituent who had threatened to kill him on social media in late October.

“I will kill Carlos Curbelo,” wrote Pierre Alejandro Verges-Castro, 19, on Twitter Oct. 24, reported The Miami Herald. The FBI arrested him later that week, according to The Herald.

What a great display of unity and civility at a time when we desperately need it! @RepCurbelo is a role model.#Civility https://t.co/Qvc2L7cvHJ

Curbelo and Verges-Castro met for the first time Wednesday before holding the press conference at Homestead Police Department.

“Earlier this week, I notified the state attorney that I had no interest in pressing charges against Pierre,” Curbelo said at the presser according to Local 10 News. “Yesterday, when he and I met, Pierre offered his sincere apology. Today, I want everyone to know that I forgave him. … I truly believe in second chances.” (RELATED: Mike Pence Tells Oprah ‘This Ain’t Hollywood’ As They Support Dueling Campaigns In Georgia Gov Race)

Verges-Castro did not speak at the news conference because of the ongoing criminal case, reported The Herald.

“I’m pretty sure he had no idea how serious what he had done was,” Curbelo said according to The Herald. “He does now. … We have two young daughters and like any family, we worry about our safety and security, especially in light of all the acts of violence we are seeing throughout our country.”

Bumped into @RepCurbelo and his daughters, Silvie and Carolina, while I was picking up the grandbabies at Pinecrest Elem @PESParrots! Carlos already has his scary mask on. pic.twitter.com/4uBrBSVQ4z

“During our conversation, I asked Pierre what led him to express himself in such a hateful way. He mentioned some issues he had in his past. He also mentioned the toxic political culture of our times,” Curbelo said according to The Herald. “While none of this excuses what Pierre did, putting his actions in context makes them easier to understand. We simply cannot continue down this path.”

The teen registered to vote as an Independent in 2016, reported The Herald. He posted the threatening message on the same day that suspicious packages allegedly sent by Cesar Sayoc were found addressed to multiple high-profile Democrats. 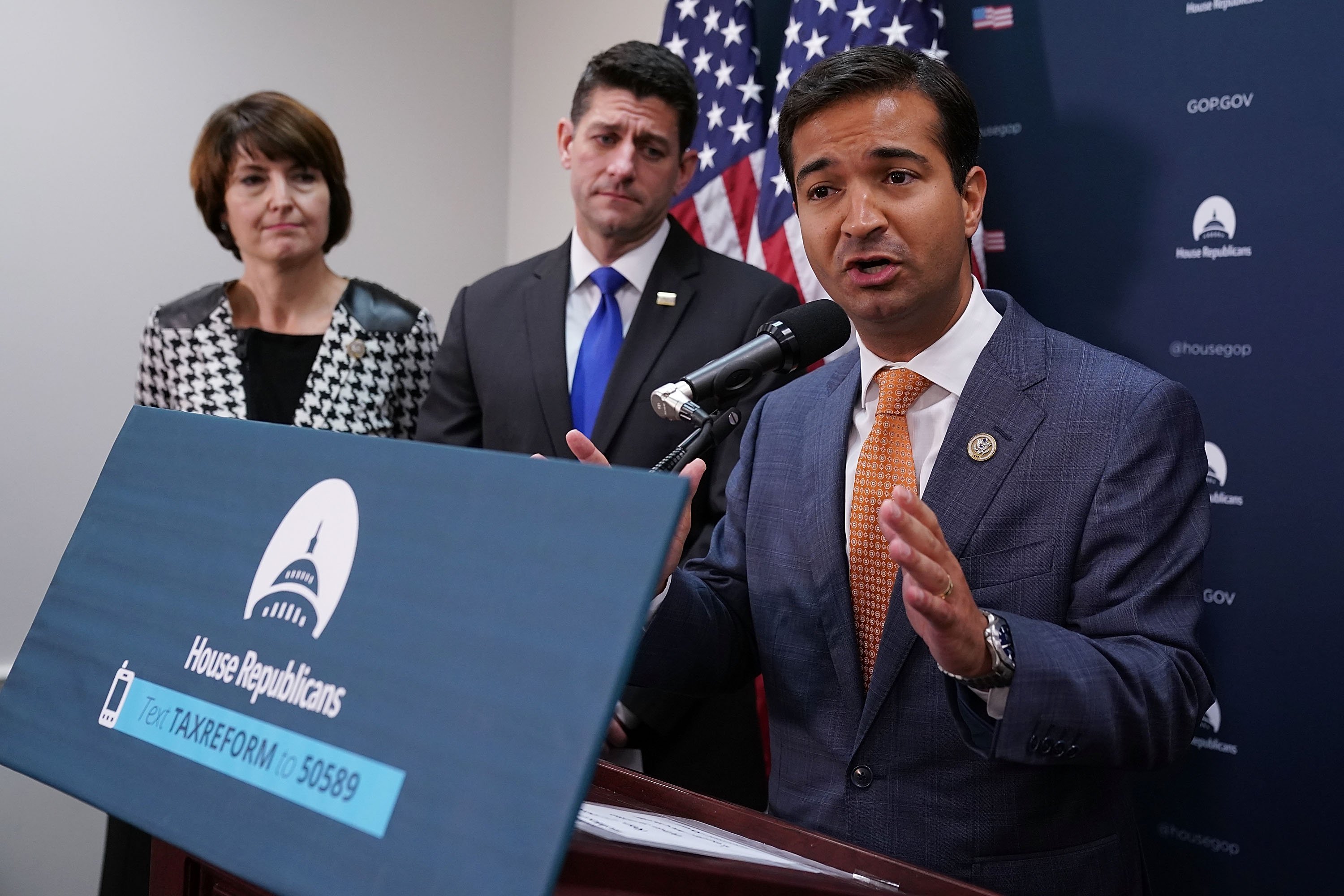 Curbelo is locked in a tight race with Democratic candidate Debbie Mucarsel-Powell that is rated as a toss up by RealClearPolitics. Curbelo’s supporters have run ads claiming Mucarsel-Powell’s family allegedly profited off a company that “repeatedly violates environmental laws” and said that her campaign is “flooded with dirty coal money.”

Energy groups had run attack ads on Curbelo in August because of a controversial carbon tax bill he introduced in Congress.