The Supreme Court will not block a lawsuit against the Trump administration alleging the federal government has not done enough to protect young people from man-made global warming, The Washington Post reported Friday night.

The SCOTUS move comes less than two weeks after Chief Justice John Roberts granted the government a stay in October on the lawsuit. The Trump administration repeatedly asked both the high court and the 9th Circuit Court of Appeals to stop the trial through a writ of mandamus, a rarely used judicial tool allowing a higher court to overrule a lower court before a verdict is made. Roberts granted mandamus after the 9th Circuit twice turned down the writ.

The court’s order said the government should seek relief before the 9th Circuit.

The 21 plaintiffs, all between the ages of 11 and 22, are arguing that federal officials violated their due process rights by allowing the fossil fuel industry to release greenhouse gas emissions, despite knowing for years that such emissions can cause climate change. The kids want the government to phase out fossil fuels. (RELATED: Washington Throws Out Climate Lawsuit Brought By Environmentalists Using Children As Props)

U.S. Judge Ann Aiken of Oregon vacated the case Oct. 25, five days after Roberts’s decision. She canceled all “schedules and deadlines” made prior to SCOTUS’s decision, according to the court docket associated with the case. The court will etch out a scheduling conference if the stay is lifted, noted Aiken, a veteran jurist nominated by former President Bill Clinton in 1997. 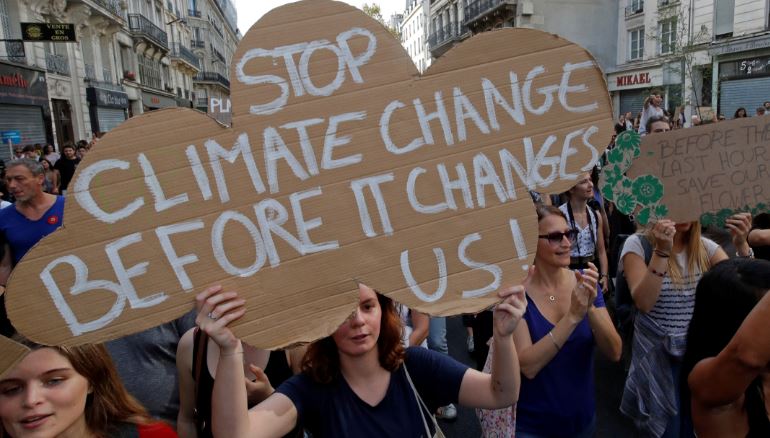 Plaintiffs are seeking a court order requiring the federal government to implement an “enforceable national remedial plan” phasing out carbon emissions in an effort to stabilize the climate and protect the environment. Their case — Juliana v. United States — has survived several attempts by the government to torpedo the case after it was originally filed in 2015.