A Kentucky high school suspended two students for reportedly dressing as the 1999 Columbine shooters who were responsible for one the worst mass shootings in the U.S.

Photos shared on Instagram show the girls recreating an image from the shooting in the high school’s library. Both have been suspended pending an investigation into the issue. https://t.co/eoYp3PPFME

Klebold and Harris shot up Columbine High School in Littleton, Colorado, on April 20, 1999, killing 13 people and wounding 20 others. They planned to kill everyone in the entire school, but their plan went awry when the bombs they set in the school failed to go off. They shot more than a dozen students in the school’s library before committing suicide. (RELATED: Columbine Shooting Survivor Has Surprising View On Concealed Carry Laws)

The girls reportedly posted pictures of themselves mimicking the bodies of the shooters after they committed suicide alongside real photos of the suicide.

“We take the situation very seriously and our personnel are continuing to investigate the facts and circumstances surrounding this matter,” Adair County Schools Superintendent Pamela Stephens said in a statement, WHAS11 reported. 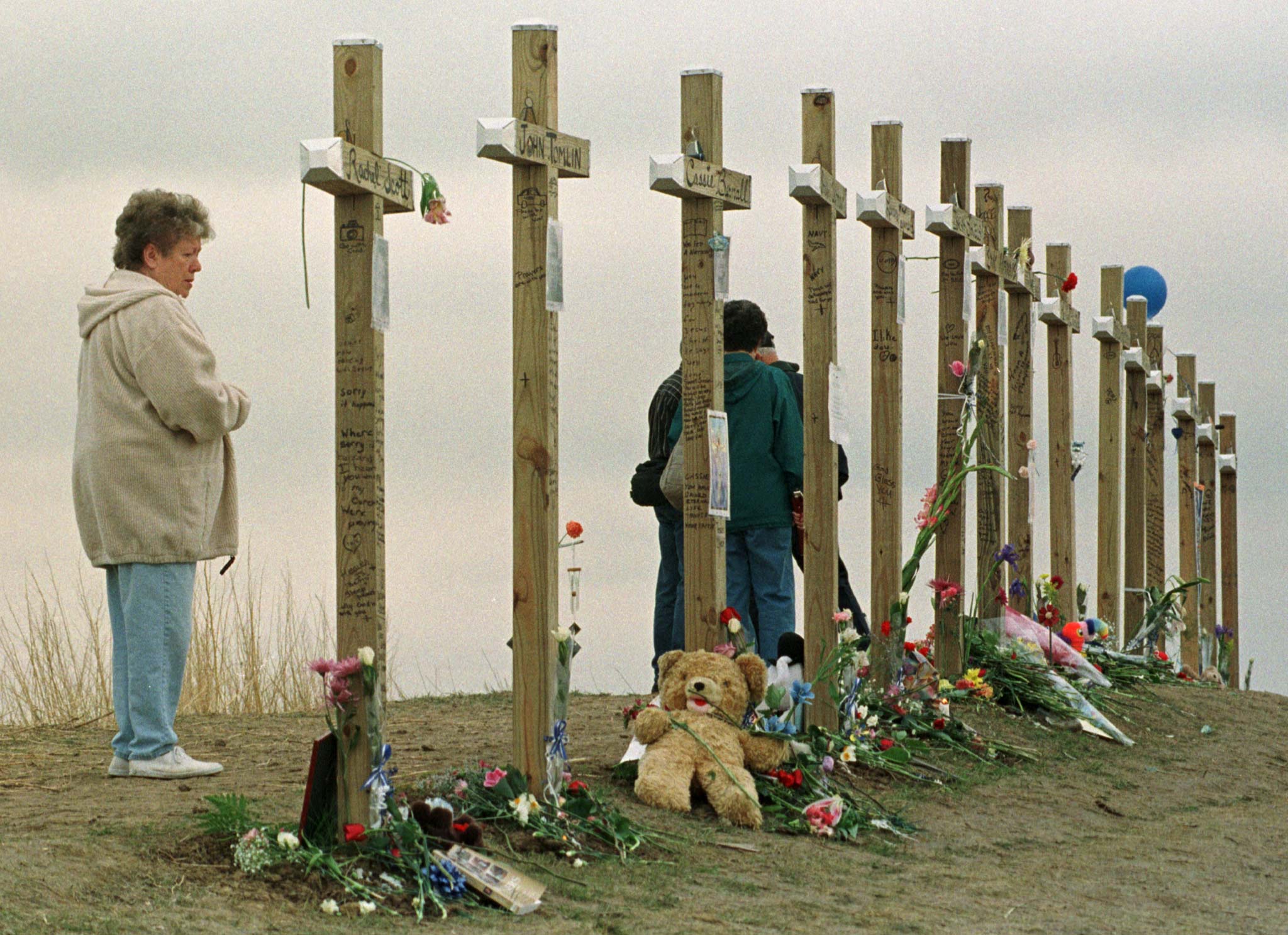 Lucille Moore pauses April 28, to look at the fifteen crosses erected near Columbine High School in memory of the people killed during the April 20 shooting rampage at the school. A cross for each of the accused shooters, Dylan Klebold and Eric Harris, was also erected at the makeshift memorial site. Reuters/Jeff Mitchell

Many parents are angry the girls did not receive a more severe punishment.

“I think any child that does that should be expelled and any parents who [support] their child [doing that] should have charges brought against them,” said Amy Tarter, parent of a student at the high school. “You worry every day about sending your kid to school, and now you have people joking about it,” Tarter said.

Students at Columbine High School walked out of school on April 20 to commemorate the victims who died in the 1999 shooting.