Edmund Zagorski was executed by electrocution near Nashville, Tennessee, Thursday night, after he refused to submit to the state’s lethal injection protocol for fear it would be excruciatingly painful.

His challenge to Tennessee’s death penalty cocktail failed in October, and a second bid to save his life was rejected by the U.S. Supreme Court just moments before he was killed, over the dissent of Justice Sonia Sotomayor.

“His eleventh-hour decision to accept the electric chair as a marginally less excruciating alternative does not undermine, as a matter of logic, his contention that both Tennessee’s lethal injection protocol and the electric chair are cruel and unusual in violation of the Eighth Amendment,” Sotomayor wrote.

Like many other states, Tennessee uses a three drug lethal injection cocktail when executing inmates. Tennessee adopted a new three-part formula in January, which begins by administering a sedative called midazolam. A growing body of scientific work indicates that midazolam does not actually render individuals insensate, meaning prisoners could be subject to severe pain for as long as 18 minutes while the fatal drugs are administered, to include feelings of drowning and being burned alive.

The Supreme Court turned back a 2015 challenge to Oklahoma’s lethal injection formula — which also used midazolam — in Glossip v. Gross. A five-justice majority held that an Eighth Amendment cruel and unusual punishment claim against a method of execution can only succeed if the inmate shows there is an alternative method with a lower pain threshold.

Tennessee authorized two manners of execution: the midazolam protocol and the electric chair. Zagorski opted for the latter, finding death by electrocution preferable to what Sotomayor has elsewhere called “the chemical equiva­lent of being burned at the stake.”

The state initially resisted his request, but GOP Gov. Bill Haslam granted a ten-day reprieve from execution so prison officials could prepare the chair in late October.

Though he chose the chair, Zagorski argued both methods of execution are unconstitutional, and submitted an affidavit to that effect. (RELATED: The American Legion Is Asking The Supreme Court To Protect A Cross-Shaped War Memorial)

“When Mr. Zagorski chose death in the electric chair, he chose a method that had been found to cause extreme suffering, and physical mutilation,” his last petition to the Supreme Court read. “Yet, he chose it based on his hope that the duration of suffering would be shorter.”

Capital inmates and other critics of the Glossip decision say the ruling effectively makes the infliction of pain irrelevant to a judge’s analysis of death penalty challenges. Instead, courts concentrate on the convict’s burden to find a feasible, less-painful alternative.

When, as often happens, inmates fail to find an alternative method to defeat the midazolam cocktail, they choose other methods of execution like electrocution or lethal gas. These procedures, they say, are themselves barbaric but preferable to chemical injection. As a result, these critics say Glossip encourages recourse to inhumane execution methods that would otherwise be unconstitutional if judged on their own merits.

“Undoubtedly, this Court never intended to condone the intentional infliction of severe pain as constitutional — yet through (mis)application of Glossip that has now occurred as courts focus exclusively on alternatives and ignore all proof regarding suffering,” Zagorki’s petition reads.

Zagorski was convicted and sentenced to die for the murders of John Dotson and Jimmy Porter. Zagorski met the pair in a remote wooded area to transact a major drug deal in 1983. He shot and stabbed both men, then fled the scene with a considerable sum of their money. 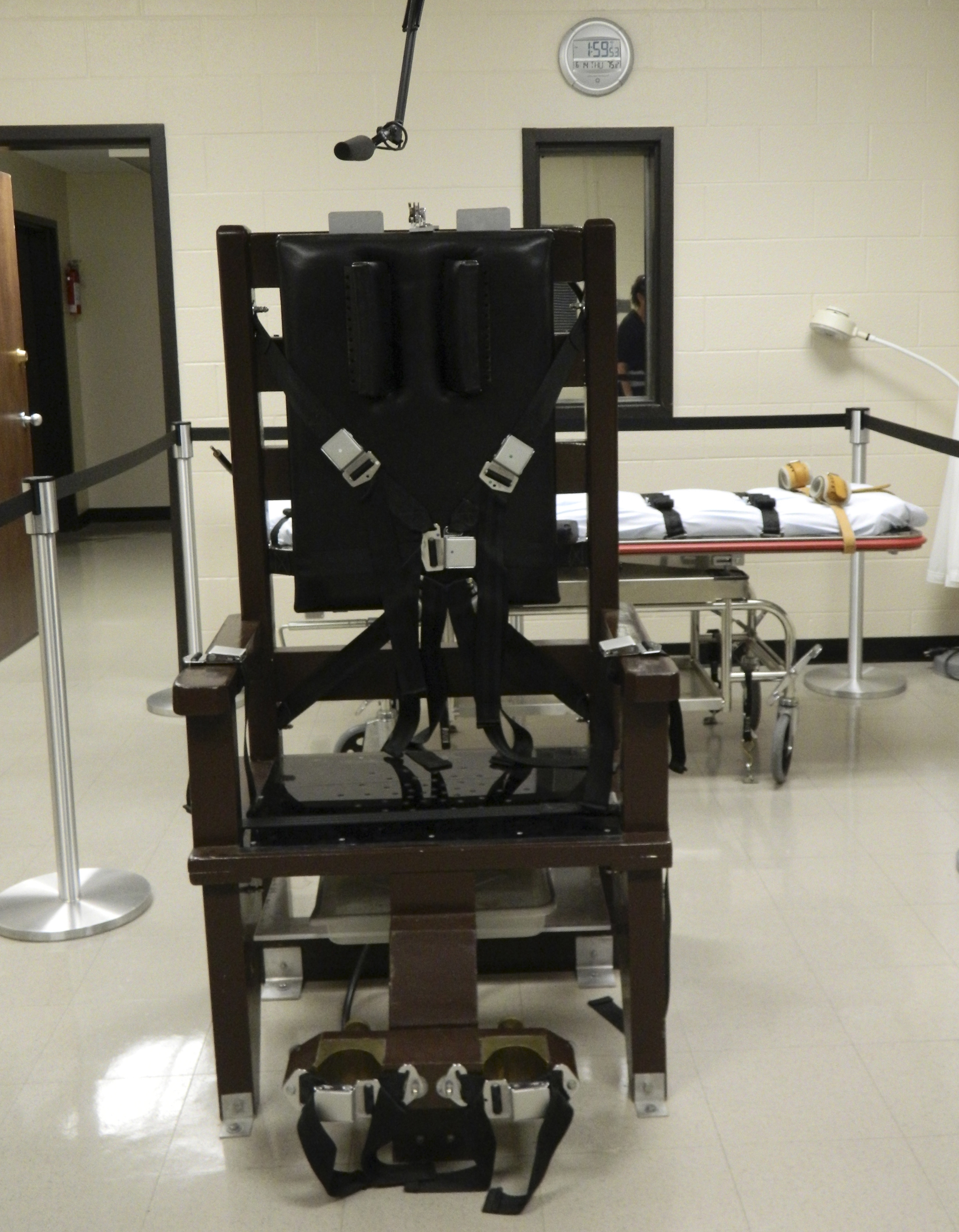 The last execution administered by electric chair in the United States occurred in Virginia in 2013. No state uses the chair as its primary method of execution, and only a few even maintain it.

Local reporters who witnessed the execution say Zagorski was drenched in a saline solution before prison officials strapped a helmet to his head and delivered a 1,750 volt electric jolt to his body for 20 seconds. A second 15 second jolt was administered after.

The warden of Nashville’s Riverbend Maximum Security Institution asked Zagorski if he had any last words moments before a lethal dose of electricity surged into his flesh.

According to his lawyer, Zagorski broke his fingers as he strained against the straps.