The U.S. Supreme Court will return to a long-running dispute over religious symbolism in public life.

In a late Friday order, the Supreme Court announced it will decide whether a 40-foot cross-shaped war memorial on public land in Maryland is an unconstitutional endorsement of Christianity.

“There are some who want to erase the memory of the service and sacrifice of these 49 fallen servicemen of Prince George’s County,” said Kelly Shackelford, president of the First Liberty Institute, a public interest law practice that urged the Court to protect the memorial.

“If this monument is bulldozed to the ground, it’s only a matter of time before the wrecking ball turns on Arlington National Cemetery and the thousands of memorials like this one across the country,” he added.

The monument — known as the Peace Cross — was erected by The American Legion after World War I to honor the war dead of Prince George’s County. Though it is now administered by the Maryland-National Capital Park and Planning Commission, both state officials and The Legion are parties to a legal challenge brought against the memorial by the American Humanist Association (AHA).

State officials have appropriated approximately $200,000 to maintain the Peace Cross, prompting the AHA to accuse Maryland of subsidizing Christian imagery with taxpayer dollars.

A divided panel of the 4th U.S. Circuit Court of Appeals concluded that the cross is “not simply as a generic symbol of death,” but the preeminent representation of Christianity, and therefore violates the Constitution’s ban on religious favoritism. (RELATED: A Tennessee Con Said The Supreme Court Gave Him No Choice But Death By Electrocution)

Supporters of the memorial say it evokes overseas battle cemeteries, which are often replete with crosses, and has secularizing elements, like the seal of The Legion emblazoned at the crux.

The case provides the high court a chance to bring some clarity to bear on its complicated jurisprudence on the separation of church and state. 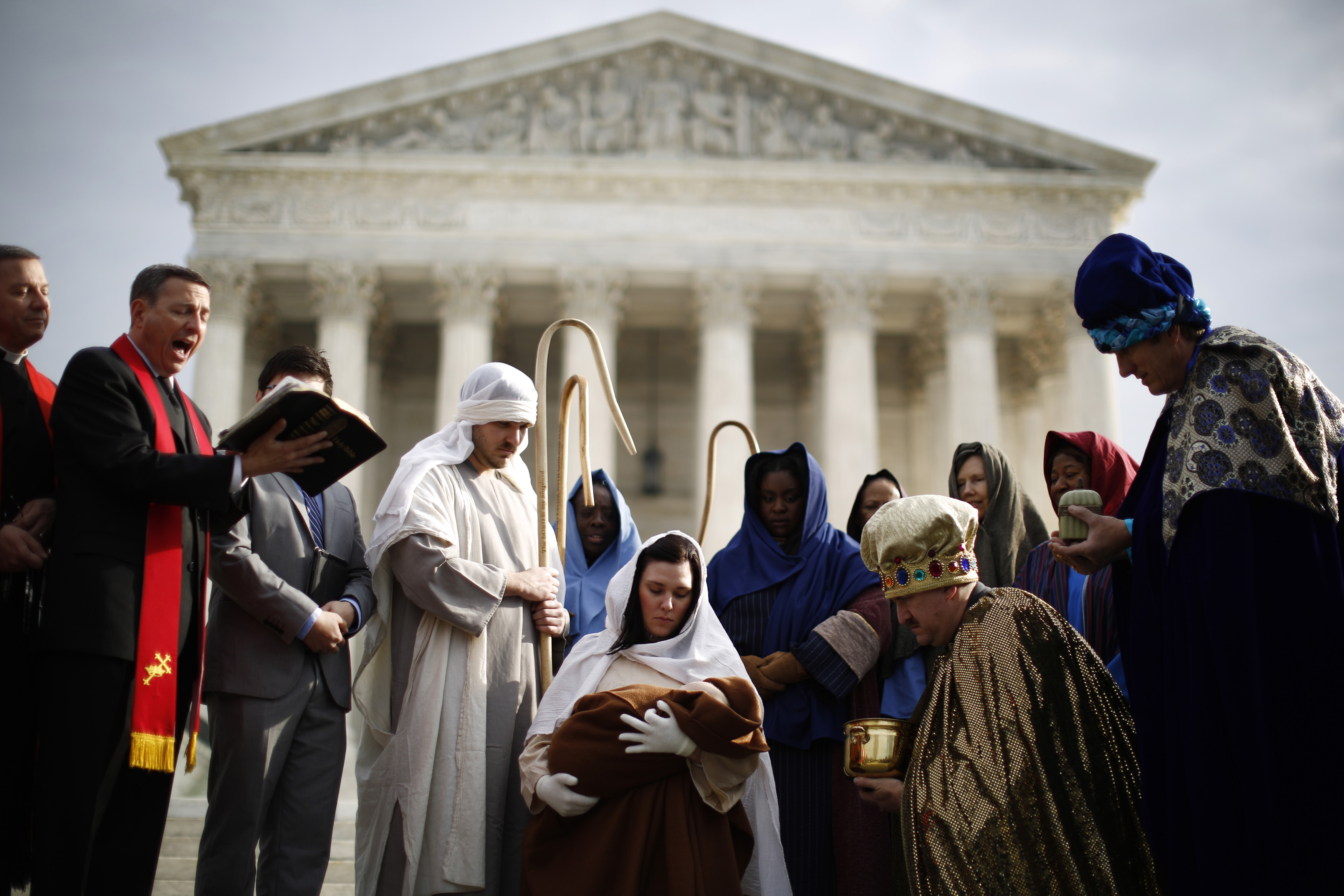 Actors dressed for a nativity scene are pictured during a prayer reading in front of the Supreme Court in Washington December 3, 2013. REUTERS/Jason Reed

“As Justice Thomas has noted, the Court’s establishment clause jurisprudence ‘has confounded the lower courts and rendered the constitutionality of displays of religious imagery on government property anyone’s guess,'” the Legion’s petition to the high court reads.

Arguments in the case will likely come in early 2019.