Members of the Black Panther Party marched through the city of Atlanta, strapped with assault rifles and brandishing Stacey Abrams campaign signs.

In a video posted on the group’s Facebook page on Saturday, members of the Black Panther Party are seen marching through the West End neighborhood of Atlanta in support of Stacey Abrams gubernatorial campaign. As they marched, the Black Panthers carried assault rifles and continually shouted slogans such as “black power” and “power to the people.” 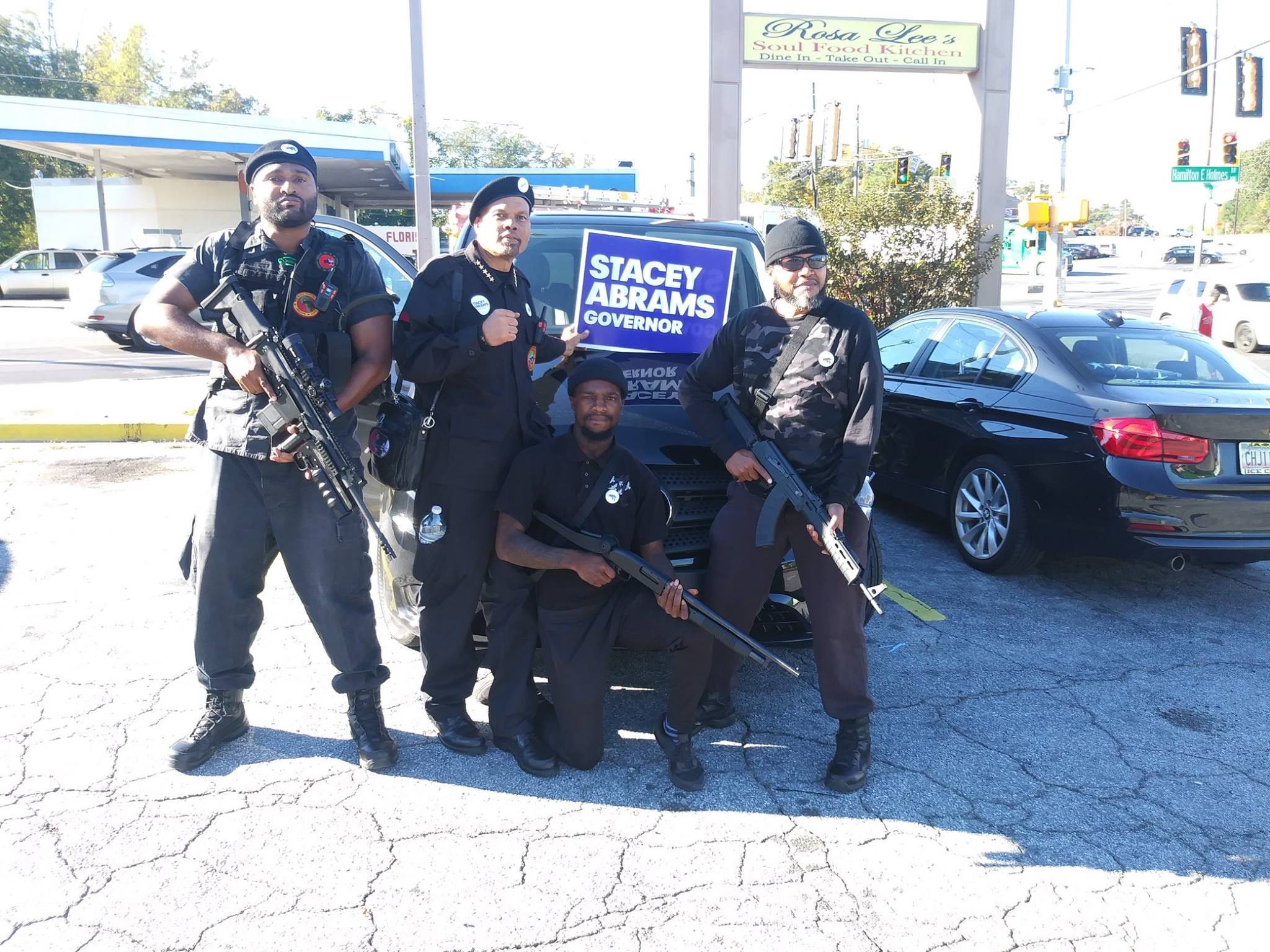 Abrams, a former Democratic state representative, is running in a tight election against Republican Brian Kemp, Georgia’s current Secretary of State. The Real Clear Politics average of recent polls shows Kemp up by 1.1 percentage points, well within the margin of error.

The video shows the panthers marching for nearly 30 minutes through the city of Atlanta until they enter a local radio station. 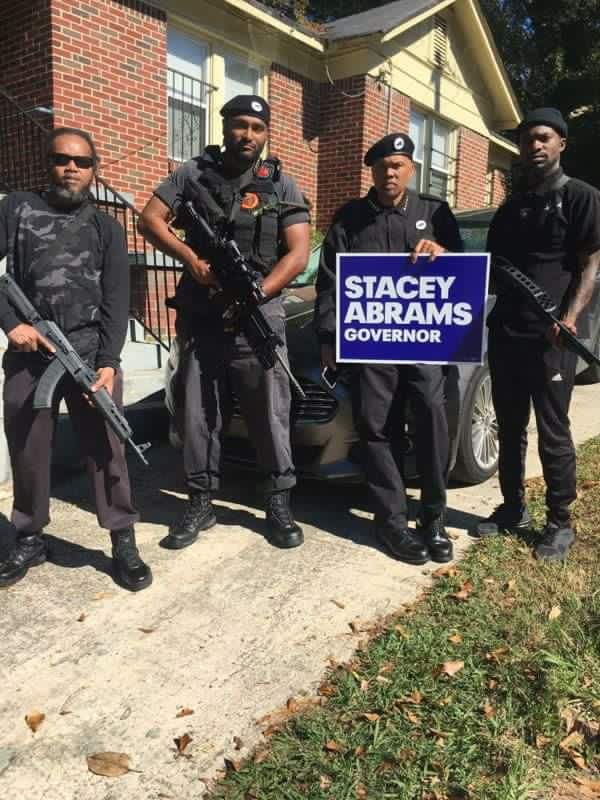 When reached for comment by The Daily Caller News Foundation, the Abrams campaign forwarded a statement from spokeswoman Abigail Collazo. Her statement did not specifically address the Panthers’ march, but instead attacked Kemp.

“Brian Kemp is the only candidate in this race who has posed for pictures with supporters wearing racist, hate-filled t-shirts and refused to denounce them, while Abrams continues to condemn any racist, anti-Semitic, or otherwise discriminatory words and actions,” Collazo said.

“Unlike Kemp, Abrams is a leader committed to running an inclusive campaign focused on bringing all Georgians together to find bold solutions on critical issues like health care, education, and the economy,” she continued. (RELATED: Democratic Candidate Criticizes Agriculture Industry, Suggests Workers Transition To Renewable Energy Instead) 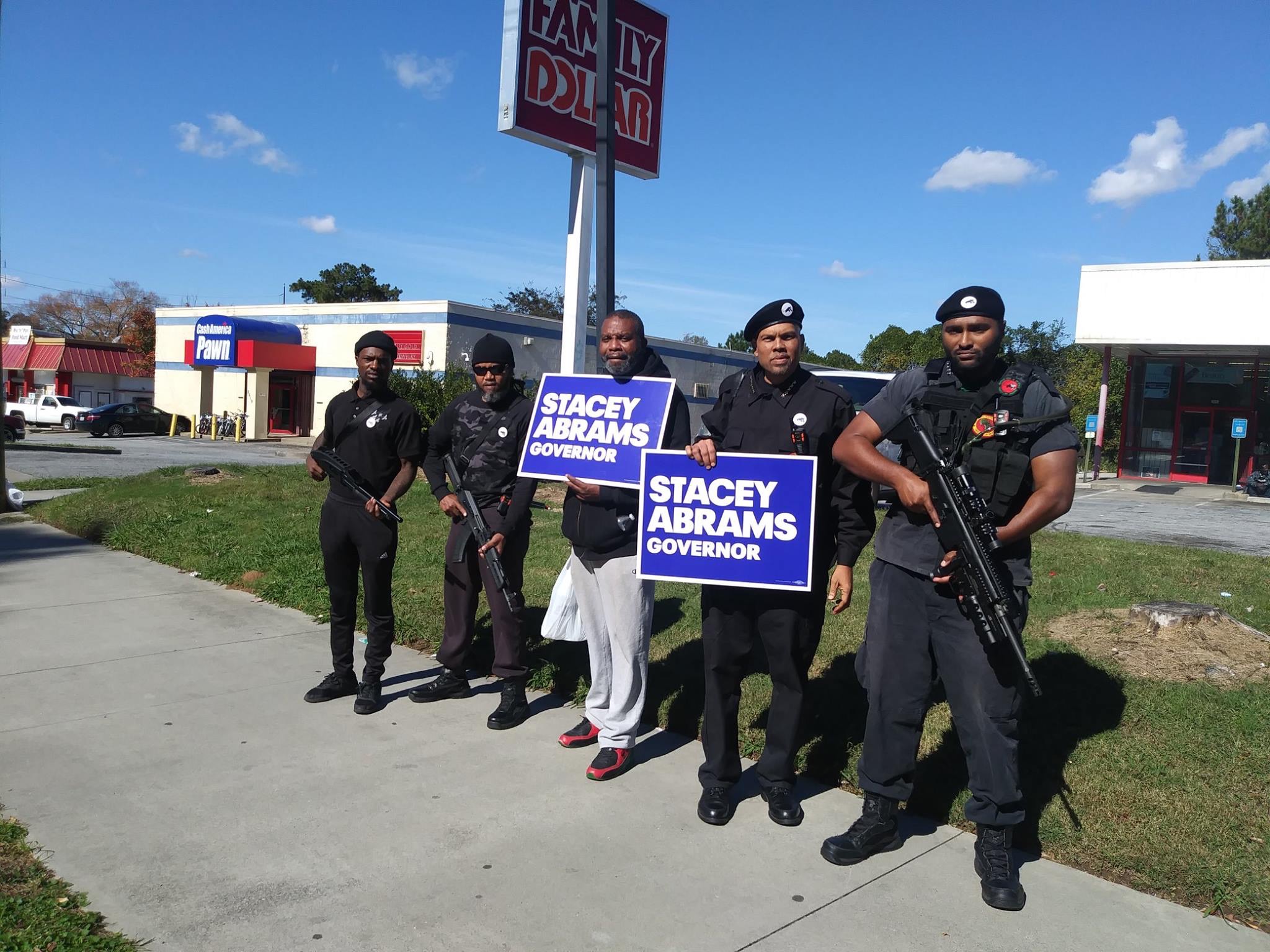 At one point during the march, someone driving a vehicle stopped momentarily to speak to the Panthers.

One of the members can be heard saying afterward: “You need to march in your neighborhood. When we was [sic] in West Virginia, 99 percent crackers, stone cold crackers.”

“It’s no surprise that militant Black Panthers are armed and patrolling the streets of Georgia for Stacey Abrams. The Black Panthers are a radical hate group with a racist and anti-semitic agenda. They are dangerous and encourage violence against our men and women in uniform,” Kemp spokesman Ryan Mahoney said in a statement to TheDCNF.

“Stacey Abrams should immediately denounce the Black Panthers and their hateful record of racism,” he continued. “She should stand against and condemn their attempts to intimidate hardworking Georgia voters just days before the election.”

The close race has brought star power from both sides of the aisle. Vice President Mike Pence campaigned for Kemp on Thursday — the same day Oprah Winfrey knocked on doors on behalf of Abrams.

The Panthers did not respond to a request for comment by TheDCNF.