The Senate Judiciary Committee on Saturday released its final report of an investigation into sexual misconduct allegations against Supreme Court Justice Brett Kavanaugh, finding “no evidence” to corroborate the claims.

“After an extensive investigation that included the thorough review of all potentially credible evidence submitted and interviews of more than 40 individuals with information relating to the allegations, including classmates and friends of all those involved, Committee investigators found no witness who could provide any verifiable evidence to support any of the allegations brought against Justice Kavanaugh,” reads the 414-page report.

The report, which contains 53 exhibits, focused heavily on allegations made by Dr. Christine Blasey Ford, Deborah Ramirez and Julie Swetnick. Kavanaugh denied all of the allegations.

Blasey Ford was the first woman to come forward with allegations against Kavanaugh, who was confirmed to the Supreme Court on Oct. 6. She claimed that he attempted to sexually assault her in Summer 1982, when they were both in high school. 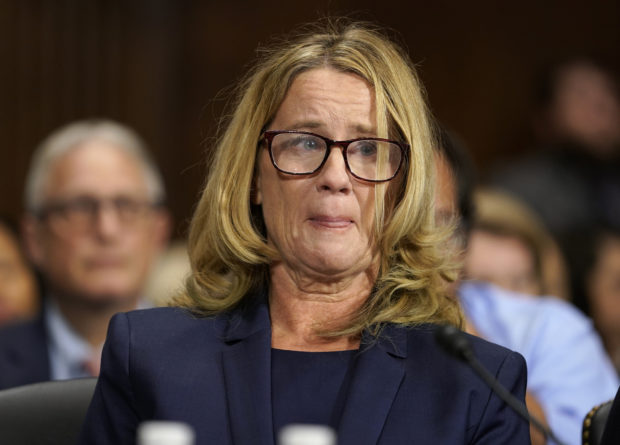 Blasey Ford, who testified before the committee on Sept. 27, identified four people she claimed were at the party where she was allegedly assaulted. But all four said that they do not recall a party like the one described by Blasey Ford, who could not remember who hosted the party.

Ramirez, a former Yale classmate of Kavanaugh’s, claimed that the justice exposed himself to her during a party in 1983. She first came forward in an article published by The New Yorker. But there is some evidence that Ramirez was not certain that Kavanaugh was who exposed himself to her. The New York Times reported that Ramirez waffled back and forth about whether Kavanaugh was the perpetrator.

And Swetnick, who is being represented by Michael Avenatti, claimed that she saw Kavanaugh drugging drinks in the 1980s where girls were gang-raped. Swetnick’s allegation is considered the flimsiest, even by Kavanaugh’s opponents. (RELATED: Swetnick’s Former Employer Sued Her In Sexual Harassment Case)

The Judiciary report lists numerous pieces of evidence calling Swetnick’s character into question. The committee noted that Swetnick has herself been accused of sexual misconduct in the workplace. A former boyfriend accused her of threatening to kill him and his family after a breakup. 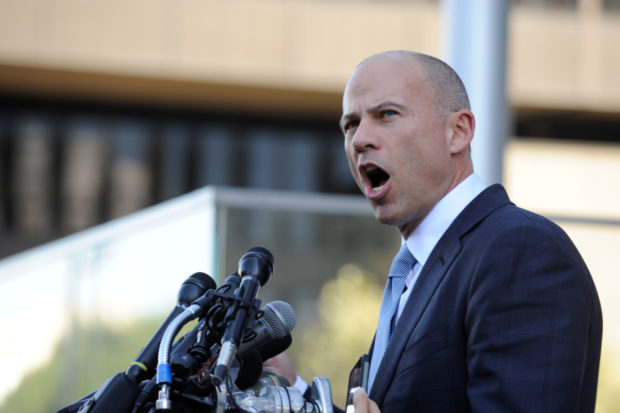 Michael Avenatti speaks to the media outside the U.S. District Court for the Central District of California in Los Angeles, California, U.S. September 24, 2018. REUTERS/Andrew Cullen

“Following the separate and extensive investigations by both the Committee and the FBI, there was no evidence to substantiate any of the claims of sexual assault made against Justice Kavanaugh,” the report states.

The committee has asked the FBI and Justice Department to investigate whether three Kavanaugh accusers, including Swetnick, made false statements to investigators. The other two referrals were against a man and a woman who admitted making false claims about Kavanaugh.

The committee also referred Avenatti for investigation. The report points to an Oct. 1 interview that Swetnick gave to NBC in which she retracted some of the allegations she had leveled against Kavanaugh.

“Mr. Avenatti may have fabricated allegations by a second declarant,” the report reads. Avenatti submitted a sworn declaration on Oct. 2 from a woman he claimed supported Swetnick’s allegations against Kavanaugh.

But the woman gave contradictory statements to NBC in a Sept. 27 interview arranged by Avenatti. She also told NBC News on Oct. 5 that Avenatti had “twisted [her] words.”

Much of the information in the new report has already been released to the public. But it does reveal a trove of text messages between two former Yale classmates who were contacted by the media about Ramirez’s allegations.

The report also reveals that the committee is still investigating Monica McLean, a friend of Blasey Ford’s, for witness tampering.

McLean, a former FBI agent, reportedly contacted Leland Keyser, who Blasey Ford claimed was at the party where she says she was assaulted by Kavanaugh. Keyser had issued a statement in which she said she could not recall the party and never met Kavanaugh. Keyser said that a group of Blasey Ford’s friends, including McLean, asked her to “clarify” her statement.

The report also says that two relatives of Blasey Ford’s were contacted for input into the investigation but declined to provide a statements.

“Committee investigators contacted two members of Ford’s immediate family for input into the investigation. Both individuals refused to provide statements or participate in an interview,” the report states.