Former Secretary of Labor and Democratic National Committee Chairman Tom Perez was asked Sunday morning to clarify his statement that rising wages weren’t reflected in the October jobs report, but he instead doubled down and pivoted healthcare.

“New economic numbers on Friday showed a quarter of a million new jobs, steady unemployment at a 49-year low,” Jake Tapper said to Perez on Sunday on CNN’s ‘State of the Union.’ “I know wage growth has been lagging, but this is the best annual wage growth since 2009, topping 3 percent for the first time since the great recession.”

“That’s higher than it ever got during your four years as labor secretary, yet your statement in response to the numbers was, quote, ‘too many working families have been left behind in the Trump economy,'” Tapper continued. “What are you talking about?”

Perez said on Friday that people are not satisfied with the economy because wages are not rising. But Department of Labor data shows that wage growth broke 3 percent for the first time in nearly a decade, as Tapper said.

In the same response, Perez bought up health care, a topic Democrats have been pushing as a top message heading into Tuesday’s midterm elections, specifically regarding pre-existing conditions. (RELATED: US Adds 250,000 Jobs In October, Wage Growth Breaks 3 Percent For First Time In Nearly A Decade)

“That’s the number one issue in this election, is health care, because they want to do away with coverage for people with pre-existing conditions,” the DNC chairman said.

But Tapper continued pressing Perez about the economy.

“I understand why you want to change the subject to pre-existing conditions, but let’s focus on the economy for one second, because you said two things that are not born out by the facts,” Tapper said. 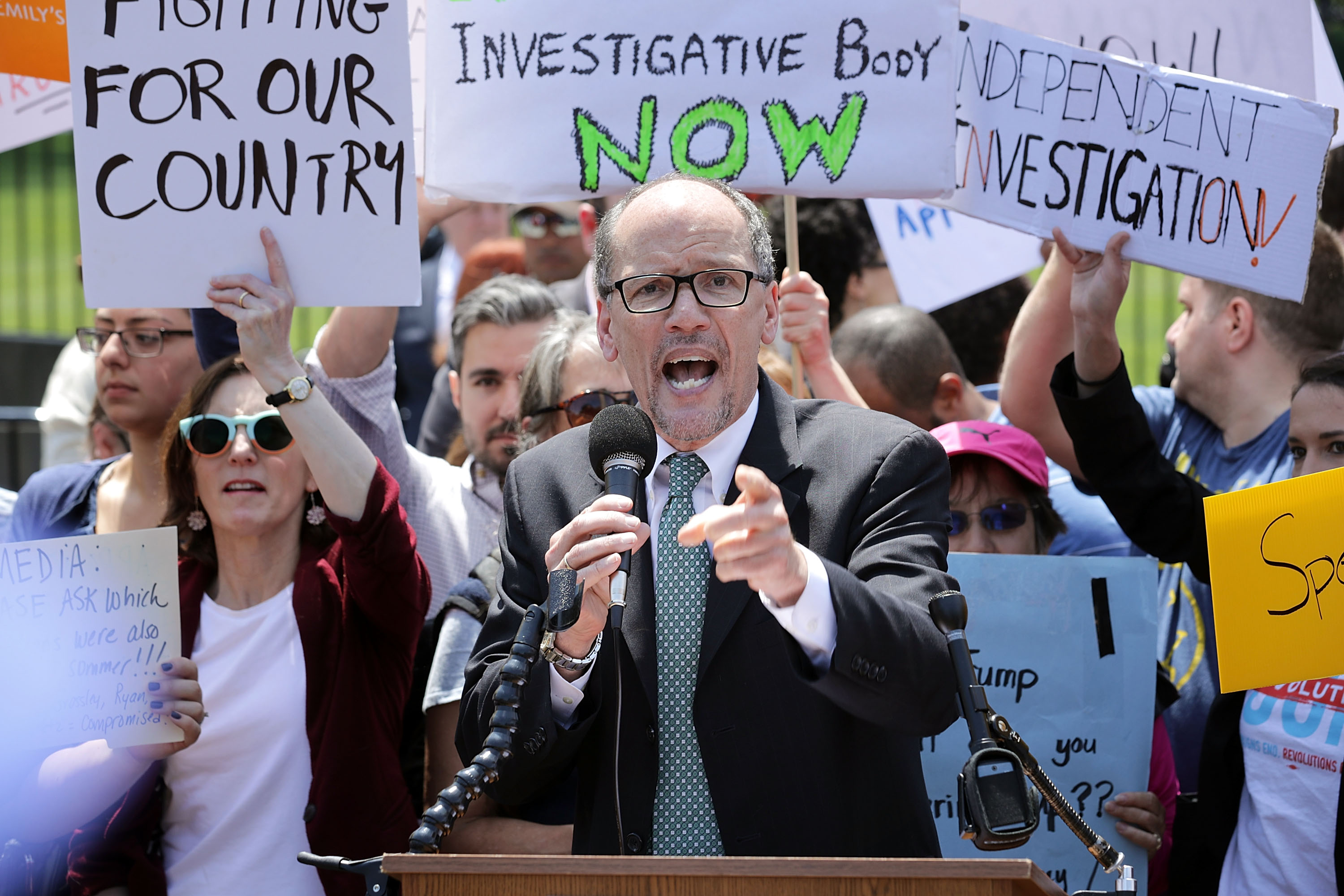 At one point in the interview, Perez blamed the Trump administration for trying to change the subject away from healthcare.

“[W]e have an administration that is constantly attacking health care,” Perez repeated. “[T]hey’re trying to change the subject away from health care.”

The Department of Housing and Urban Development (HUD) also released a report Thursday revealing a decrease in homeless veterans across the first year of Donald Trump’s presidency, continuing a trend from the Obama administration.