The inspector general of the Department of the Interior referred one of its ongoing probes to the Justice Department for a potential criminal investigation, The Washington Post first reported. It’s unclear which probe was referred to the Department of Justice (DOJ). (RELATED: REPORT: IG Refers Probe Into Zinke To The DOJ) 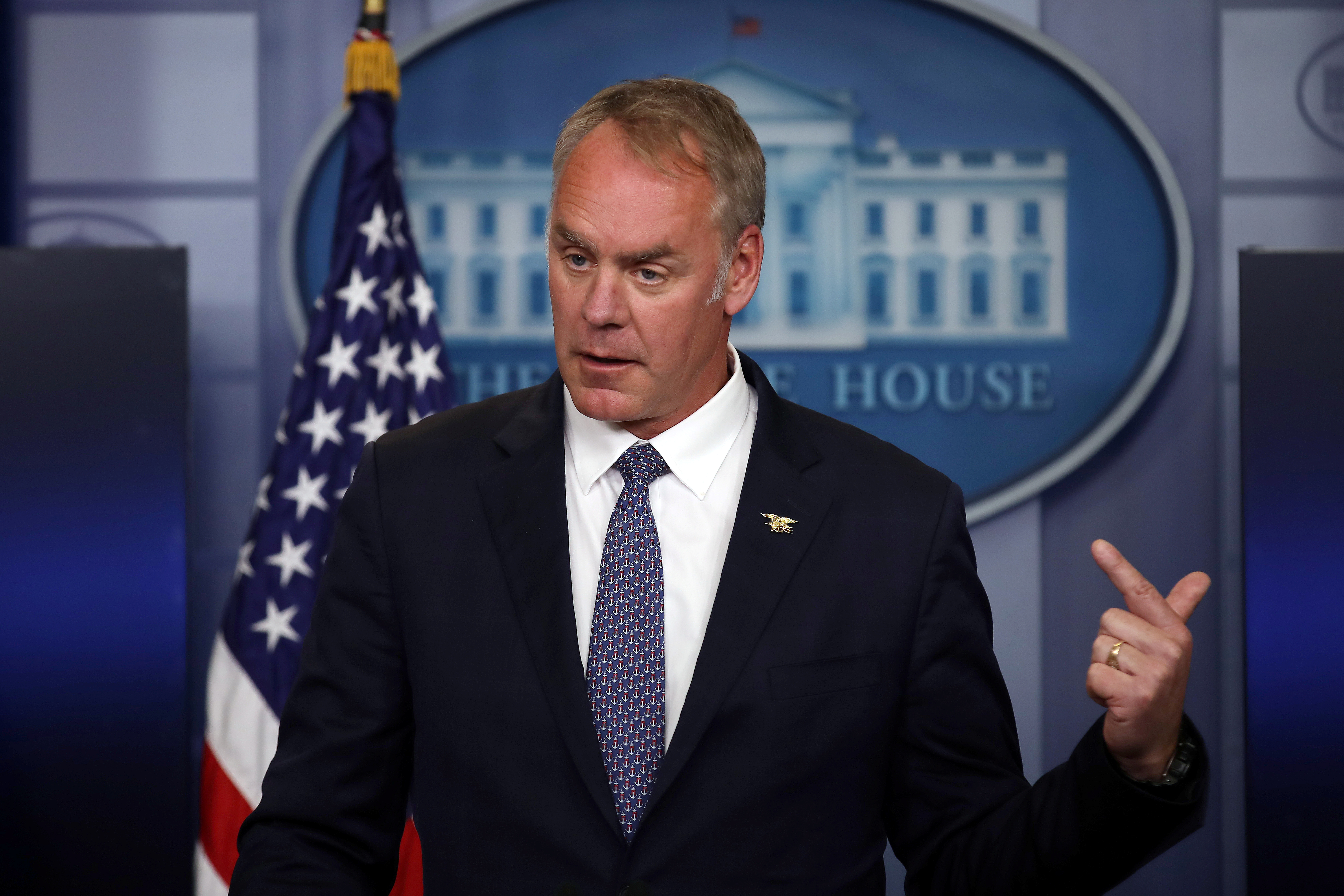 Secretary of the Interior Ryan Zinke speaks during a daily press briefing at the White House in Washington, U.S., April 3, 2017. REUTERS/Carlos Barria

Before taking off on a three-state rally blitz before midterm elections, Trump fielded questions from reporters on his stance on Zinke.

Asked if he was “troubled” by reports alleging misconduct by Zinke, Trump responded, “Well, I haven’t seen it yet.”

“I’ll take a look. Certainly, I would not be happy with that at all. But I will take a look,” Trump continued. “But he’s done a very good job as secretary.”

At the time the probe was referred to the DOJ, the IG had two open investigations into Zinke. One involved a Montana land deal between Zinke and former Halliburton chairman David Lesar. The other is looking into possible political motivations behind the DOI denying two Native American tribes approval to build a proposed casino off reservation land.

The IG has launched at least a dozen probes into Zinke’s conduct since he began his tenure at the DOI, The New York Times reports.