The Islamic State-affiliated militants ambushed the Coptic pilgrims as they traveled to the monastery of St. Samuel the Confessor in the province of Minya, killing seven and wounding at least 19 others. The Interior Ministry reported that security forces tracked the militants responsible to a hideout in the desert, where the militants then opened fire upon realizing that security forces were surrounding them. (RELATED: Bodies Of 21 Christian Martyrs Killed By ISIS In Libya Finally Return Home) 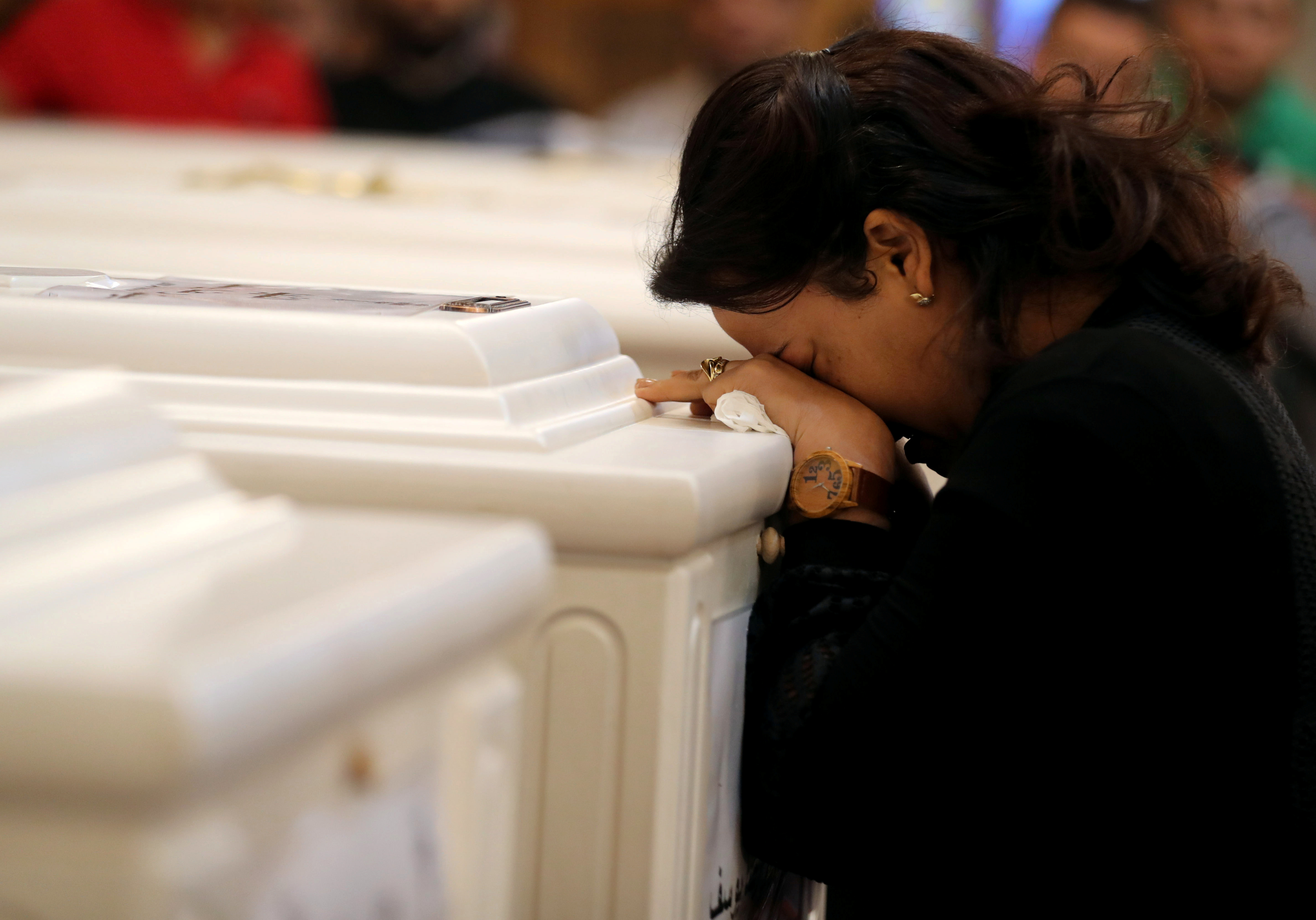 A relative of victims of an attack on a group of Coptic Christians attends a funeral, at the Prince Tadros Church in Minya, Egypt, November 3, 2018. REUTERS/Mohamed Abd El Ghany

The Interior Ministry did not explain how security forces determined that the militants who attacked the Christian pilgrims were among those who died during the shootout, but did release photos of the bodies of the militants and their weapons.

Christian mourners erupted in fury during the funeral for the slain pilgrims on Saturday, accusing government ministers of negligence that they say has enabled militants to carry out lethal attacks on Egypt’s Christian faithful in recent years.

“With our souls and our blood, we will protect the cross,” they chanted, according to Religion News Service (RNS).

The ISIS-affiliated attack was the second such ambush of pilgrims going to and from the monastery since May of 2017, when Islamic militants killed 28 pilgrims.

While Egypt’s Coptic community has largely voiced support for President Abdel-Fattah el-Sisi for overthrowing the radical Islamist president in 2013 and for his subsequent efforts to crack down on dissidents and Islamic militants, they have reached their breaking point with local government ministers.

“Government ministers talk about our common citizenship, a concept that is impossible to see when we are constantly subjected to violence,” Kamel Hanna, a building contractor from Sohag, told RNS. Hanna’s niece and nephew were wounded in Friday’s attack.

“This violence is a tax we pay just for being Christians,” he said.

El-Sisi openly condemned the attacks, referring to the slain pilgrims as martyrs.

“The martyrs who fell today at the treacherous hands of those who seek to undermine our nation’s coherent fabric and I vow our continuing determination to fight terrorism,” he said. “This incident will not undermine the will of our nation to continue its battle for survival and construction.”

Support for El-Sisi among younger Copts, however, has begun to wane since Friday’s attack, as they see the attack as one more in a long line of lethal attacks against Christians that highlight flaws in the government’s approach toward militant Islam. Government officials’ failure to fulfill their promises of security, some Copts say, show that they continue to view Christians as second class citizens since they are not Muslim.

“We have no presidencies defending us, only the Lord Almighty,” said Peter Basilious, a pharmacist in Al-Kosheh. “There is disregard of the blood of the Copts that is repeated because of our peaceful piety and the church’s non-escalation policy that looks only for justice in heaven.”