Republican Ohio Gov. John Kasich admitted on Monday that he’s not ruling out an Independent run in the future.

“I think, for the first time, there is a legitimate chance for a third-party candidate,” he said on ABC’s “The View.”

After expressing her own disappointment that Kasich was stepping down from his role as governor of Ohio at the end of his term, Whoopi Goldberg asked whether he would consider running again.

Kasich said he wasn’t sure, but painted both parties as “extremes” and suggested that the path forward would need a viable middle ground. (RELATED: Kasich Just Mapped His Exit Strategy From The GOP)

“I don’t know. I mean, all of my options are on the table. You know, in the Republican Party pretty hard because it’s kind of locked down right now and we don’t know what’s going to come in the future. But /Screen Shot for a third-party candidate because if you have the Republicans on the extreme and the Democrats on the extreme, there’s a big, wide open space in the middle.”

Meghan McCain pressed harder, asking if he’d be most likely to mount an independent campaign in the future. 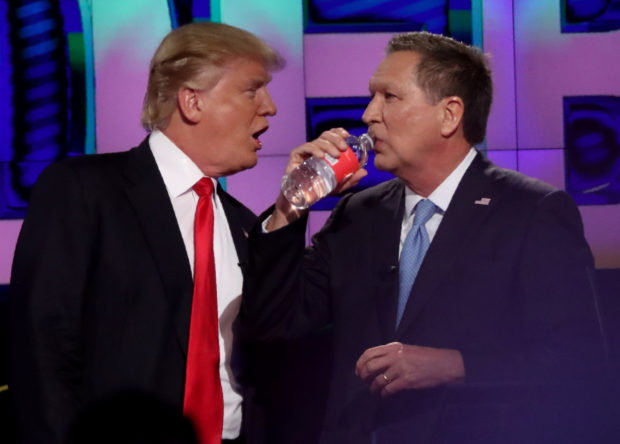 “Right now, you know, Meghan, I don’t know,” he began, arguing that although he thought he could win a Republican primary in New Hampshire (despite losing that state to then-candidate Donald Trump in 2016) but that other states would be more difficult.