Rush Limbaugh criticized the people in Washington for dismissing the people who voted for and support President Donald Trump on Monday night.

He was speaking in Cape Girardeau, Missouri prior to Trump’s rally on behalf of Republican Senate candidate Josh Hawley.

“I could not be more honored to be part of one of these rallies. You know, the bond, folks, I’m telling you that bond that exists between you and everybody else that has been to a Trump rally is something that politicians envy, and the people in Washington really haven’t taken the time to understand why you voted for Trump, they just think you’re stupid for doing so. There is so much to learn about why you have,” Limbaugh stated. (RELATED: Rush Limbaugh Uses Lesson From 2016 To Predict What Will Happen If Democrats Retake Congress)

“There is so much to learn about the potential the potential greatness of America to learn why you are here, why you support Trump. But they just chalk it up to the fact, well, you’re not educated,” he continued. “You are poor, you are this or that and you are angry. You are not angry, you love people. You want your country to be the greatest it can be and you finally got someone willing to help you do it. Somebody to stand up for you.” 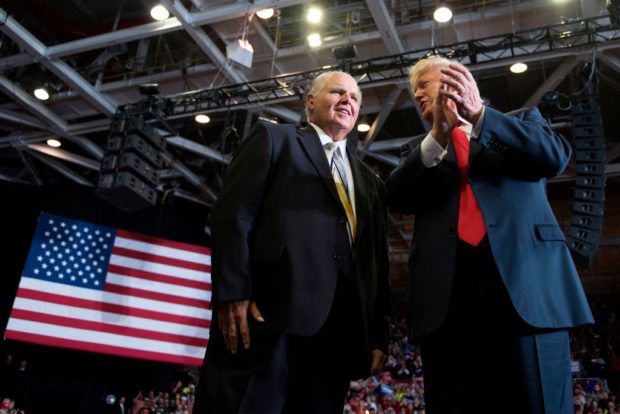 Hawley is facing a tight race against the Democratic incumbent, Claire McCaskill. They are in a hotly contested race that is widely viewed as one of the seats most likely to flip.