An Alabama man screamed profanities and yelled “this is it” at a priest as he led a televised mass on a global Catholic network Sunday, according to the Associated Press.

The unidentified man allegedly approached the altar and disrupted the 7 a.m. service at EWTN Global Catholic Network’s studio in Irondale, Alabama, just as the priest lifted the chalice used in Holy Communion. Most of what the man said was unintelligible to viewers on television, aside from “this is it” and curse words. (RELATED: Man Slams Cardinal Wuerl In The Middle Of Mass Over Abuse Cover-Up, ‘Shame On You’) 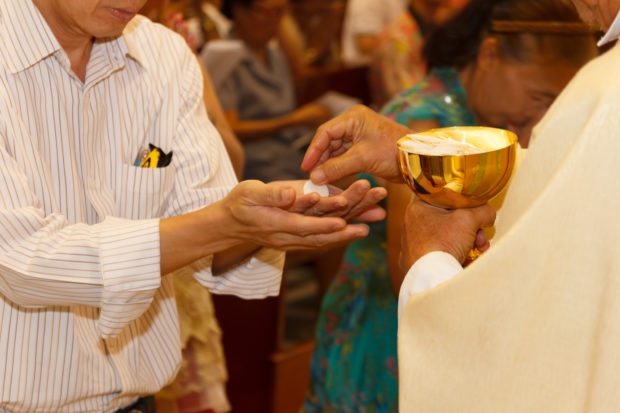 Representatives of the network said security escorted the man outside and ordered him to stay clear of the network’s property, according to the AP. EWTN Chairman Michael P. Warsaw said in a statement that the network is calling for Catholic faithful to pray for the man.

“The man was immediately removed from the chapel by EWTN security personnel. He was subsequently detained by the Irondale Police Department and a trespass warning was issued. No one was injured and the Mass continued without further incident. We ask that our EWTN family keep this individual in their prayers,” Warsaw said, according to Birmingham Patch.

Police have not issued any information about the man.