Black Republican canvassers in Missouri say they have been repeatedly targeted by local police, preventing them from reaching thousands of doors in the waning days of the election.

As the 2018 midterms enter the final stretch, Missouri remains a hotly contested battleground. National Republicans are confident state Attorney General Josh Hawley has what it takes to unseat two-term Democratic Sen. Claire McCaskill. The latest surveys out of Missouri either have the two candidates tied or show Hawley with a small lead.

The closeness of the race has attracted outside attention. C3 PAC — a political action committee that’s focusing on key battleground states — is actively working to carry Hawley to victory. The PAC has nearly 40 canvassers in the St. Louis and Kansas City areas knocking on hundreds of doors a day — all in an effort to drive Republican voter turnout.

However, the group has been dealing with an unexpected roadblock: the police.

“We’ve had cops coming up to these kids, harassing them, telling them they cannot go door-to-door or they will be arrested,” Ryan Rhodes, who lead C3 PAC, said to The Daily Caller News Foundation on Monday. “[The cops] know what [our canvassers] are doing. We’ve told  them what they’re doing. The cops have been basically threatening these kids with arrest if they continue doing it.”

The alleged harassment from police began in late October. As canvassers worked their neighborhood routes, they say police have increasingly stopped them and said they weren’t allowed to be walking around — despite political canvassing being protected under the First Amendment.

Another eyebrow-raising detail: Out of the nearly 40 door-knockers working in the area, every single one who claims to have been approached by police is black. C3 PAC claims they’ve had at least eight incidents with law enforcement in the past three weeks, and every single time it’s involved a black canvasser.

“We even have people canvassing in the same walk book, the same neighborhood, and they’ll stop the African-American and they will not stop the white,” said KaLeigh Long, who is leading the ground effort in Missouri for C3 PAC. “They ended up arresting one of my guys. They said he had a warrant. Yet, all they did was pick him up on the white side of town and took him across the river into the black side of town and dropped him off. They never jailed him. They gave him a piece of paper with pencil written on it that said he had rolled through a stop sign so many years or months ago.”

Long has taken extreme measures to prevent the run-ins with police. She’s asked her black canvassers to dress in more formal attire to reduce suspicion, and she is encouraging everyone to finish earlier in the day before it gets dark. Beyond the apparent racial components of the alleged incidents, there might be confusion over what the canvassers are doing. Several times, she said police have told them they needed a permit to canvass. 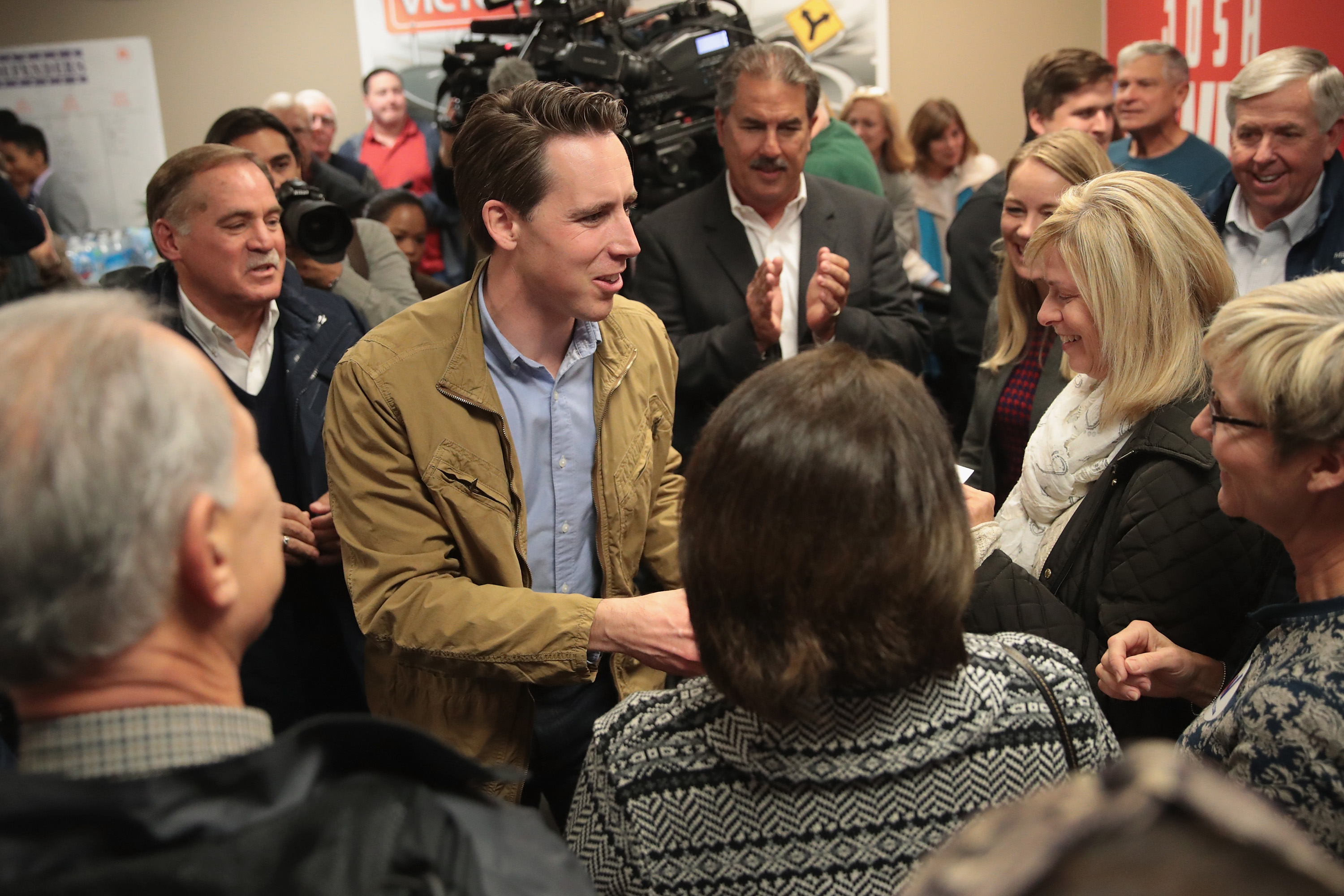 “[The police] told me that I needed a permit to canvass. They told that to three of the guys that they stopped. We’ve called the police stations. I went to one police station and told them they may be confusing us with a soliciting permit, but we are not soliciting, we are canvassing,” Long explained.

“We are out there canvassing for GOP candidates. For them to still consistently say ‘you cannot do this, you can’t do it’ to me, sounds like a combination of racism and voter suppression,” Rhodes said. (RELATED: Josh Hawley Finally Busts Out Of The Margin Of Error In Missouri Senate Race)

While no department was able to immediately corroborate C3 PAC’s claims with TheDCNF, they acknowledged that such confusion happens during election season. A policeman in St. Charles, for example, said notices are typically sent to officers around election season, reminding them that political canvassers are legally allowed to knock on doors. Many times, canvassers for political candidates are mistaken for solicitors.

Black canvassers in Missouri have been subjected to other racist episodes, with a large amount of the animosity coming from Democratic voters who aren’t exactly thrilled to see them. One canvasser says he was faced with an unfortunate incident when he knocked on the door of a white woman during a Monday morning route.

“No, I’m not voting for the Republican Party,” the canvasser claims she said. “Will you please get off my property, black n****r.”