The seat has been held by Ryan since 1999, but after announcing he would not seek re-election, Steil and Bryce joined the race to takeover his seat, which Cook Political Report rated “Leans Republican.”

Steil, also a University of Wisconsin regent, won the race with 55.5 percent of the vote at the time of reporting, according to The New York Times, while Bryce, a union activist and Army veteran, received 41.4 percent.

Bryce, who calls himself “Ironstache,” lost his grip on Wisconsin’s 1st Congressional District, which went for President Donald Trump in 2016 by a margin of 10.3 points, and Trump won Wisconsin by .8 points.

Trump endorsed Steil in August when he won the Republican primary, saying Steil “will make the entire State of Wisconsin very proud.”

Congratulations to Bryan Steil on a wonderful win last night. You will be replacing a great guy in Paul Ryan, and your win in November will make the entire State of Wisconsin very proud. You have my complete and total Endorsement!

A member of a prominent Republican family, Steil has been well-known and well liked in Wisconsin’s southeastern district for some time, and served as a legislative aide and adviser to Ryan in the early 2000s. 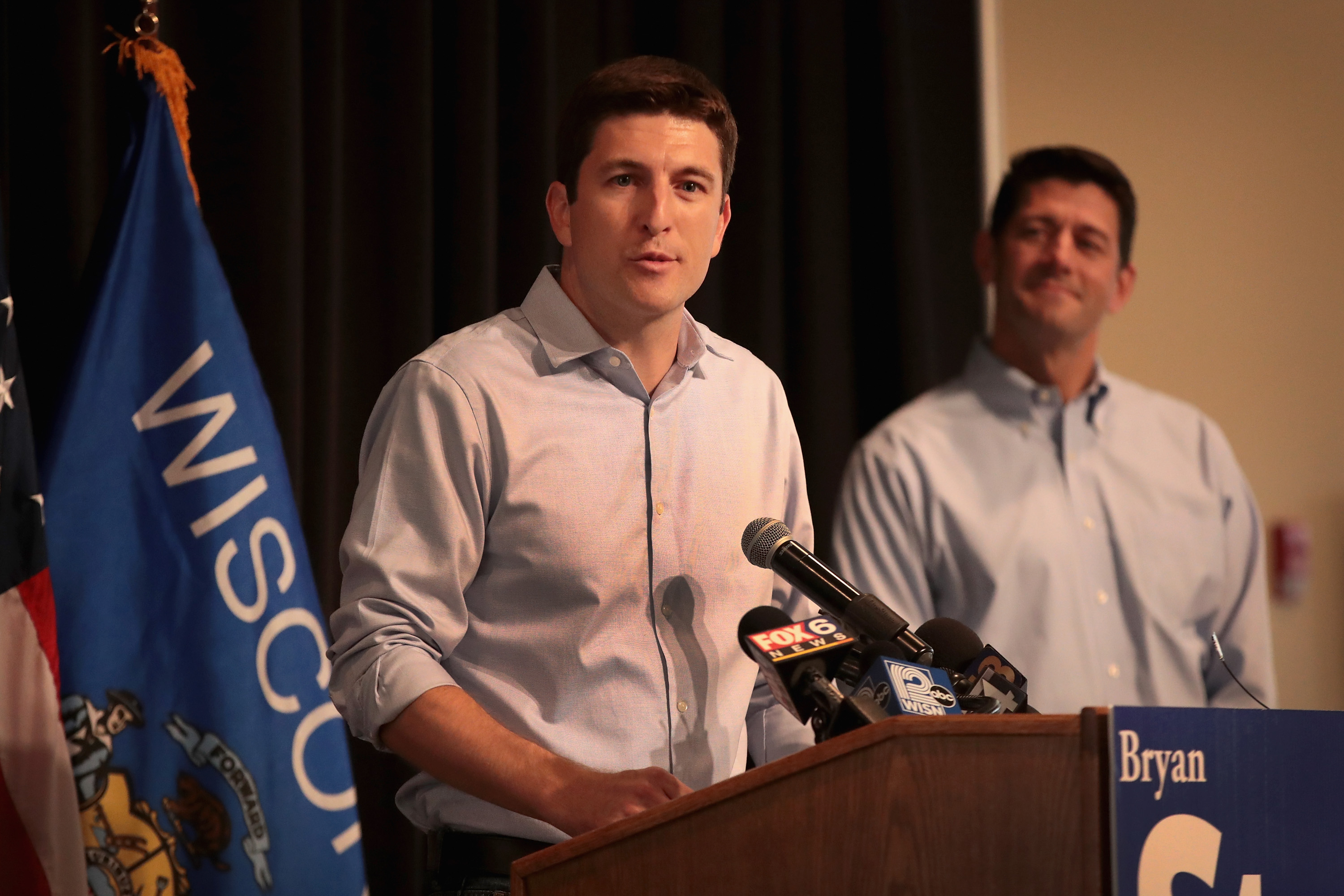 BURLINGTON, WI – AUGUST 13: Speaker of the House Paul Ryan (R) campaigns with Republican congressional candidate Bryan Steil (L) at a rally on August 13, 2018 in Burlington, Wisconsin. Ryan has endorsed Steil in the GOP primary which will be held tomorrow. Steil is running for Ryan’s seat in the House. (Photo by Scott Olson/Getty Images)

Although Steil received the Republican presidential endorsement, Bryce has made headlines throughout his campaign for a number of different reasons, from his trademark mustache to his endorsements from former President Barack Obama and Independent Sen. Bernie Sanders of Vermont.

Happy Birthday Randy Bryce!! Instead of buying you a cake, I kicked in a few more dollars to the campaign effort. Keep kicking butt. After you beat Paul Ryan, I can’t wait to call you Congressman @IronStache.

A CNN report on July 6 broke the news that Bryce had been arrested nine times for charges ranging from marijuana possession and drunk driving to property damage and theft.

While Bryce received such high-profile endorsements, including another one from Democratic Massachusetts Sen. Elizabeth Warren, Steil received an endorsement from Bryce’s own brother, James Bryce.

James said in the ad posted on YouTube that he’d be voting for his brother’s Republican opponent, seemingly over a 2012 tweet from Randy that appeared to compare police officers to terrorists.

“When people refer to police officers as terrorists, that hits a little close to home,” James Bryce said in the ad. “I don’t think people want to be represented by someone who has shown contempt for those in law enforcement. That’s one of the many reasons why I’m voting Bryan Steil for Congress.”