Two female daycare workers are being charged for allegedly hosting a kids’ fight club at a Missouri daycare. 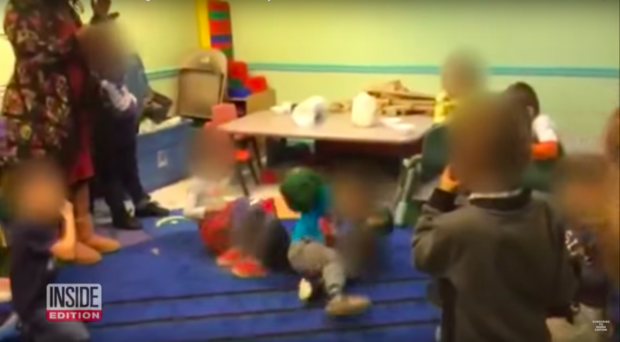 Video of the daycare surfaced over two years ago. Kids as young as three years old were allegedly pitted against each other and forced to fight while they were under the care of Mickala Guliford, 28, and Tena Dailey, 22. (RELATED: Woman Gets 21 Years In The Slammer For Drugging Kids With Sleep Aids So She Could Tan, Work Out)

A mother of one of the children at the Adventure Learning Center in St. Louis, Missouri, claims she obtained video of the fight club when her son decided to film the inner-happenings of the daycare after seeing his brother crying through a window.

“My son was very afraid,” the mother told ABC News.

And now, Guliford and Dailey are being charged with endangering the welfare of a child.

Although they were arrested and fired, the two women were not originally going to be charged due to a lack of evidence, but after the aforementioned mother made a public statement about her son’s experience, Guildford and Dailey were charged, according to a spokeswoman for St. Louis Circuit Attorney Kim Gardner’s office.

“It makes me happy. That’s exactly what we were hoping. That’s the reason why we brought this to the media,” she told Fox 2 Now. “We were wanting them to take a second look at this because I don’t feel like there was any punishment.”

For what it’s worth … Guilford admitted to hosting the fight club but claimed it was a “stress-release exercise.”