Democrats flipped the U.S. House of Representatives from a Republican majority by gaining 27 seats in the Nov. 6 midterm elections Tuesday, a move expected by most pollsters.

MSNBC and Fox News called the House for Democrats after the party picked up control of the House. Democrats needed at least 23 seats in order to get to the 218 seats needed for a majority.

The GOP were set to lose control of the House but keep control in the Senate after the Nov. 6 midterm elections, according to a majority of polls. However, there was growing speculation that Republicans would be more successful than polls suggested.

In the House, there were 32 seats listed as “toss-up” elections. 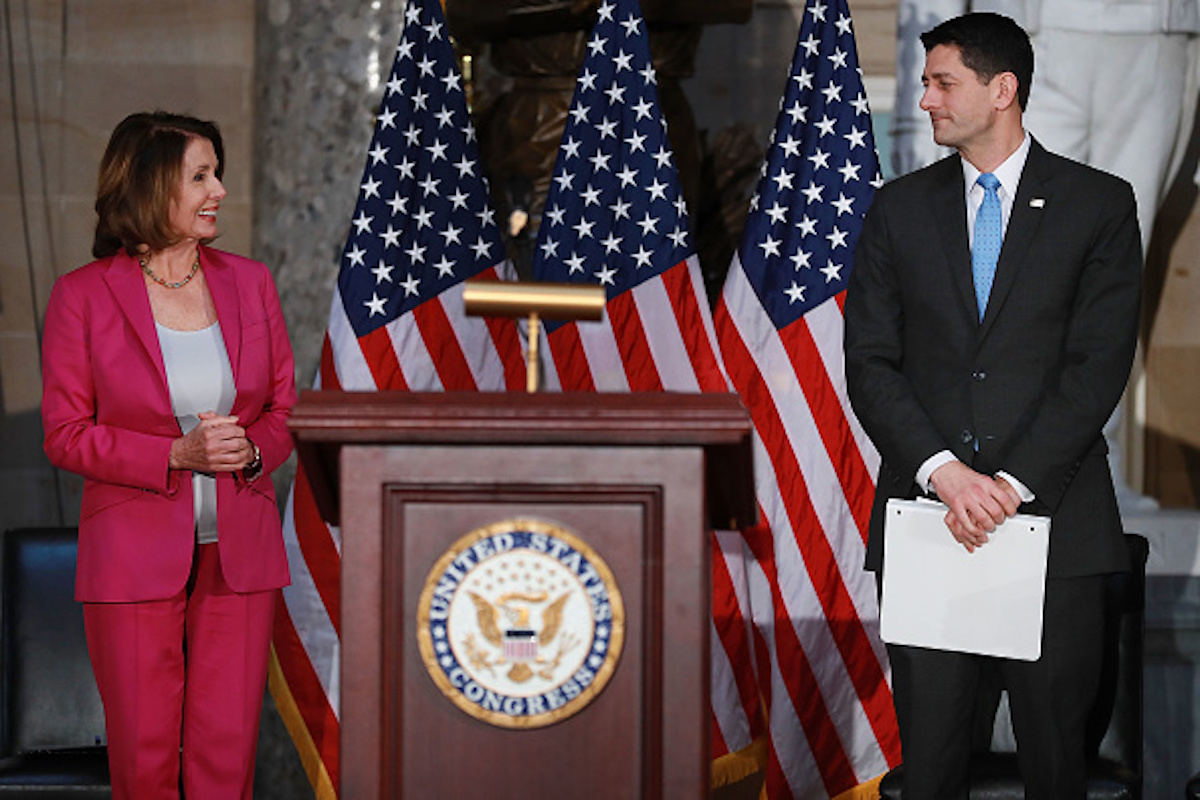 As Democrats won the House, the party will now have to select a speaker. House Minority Leader Nancy Pelosi has previously said she thinks she’ll be the next House speaker, despite comments from Democratic Reps. Kathleen Rice of New York, Seth Moulton of Massachusetts, Filemon Vela of Texas and Tim Ryan of Ohio, who have all called for Pelosi to relinquish her leadership role.

If Republicans were to have maintained control of the House, Majority Leader Kevin McCarthy hoped to become the next speaker, but some Republicans have said they wanted to see Majority Whip Steve Scalise or GOP Rep. Jim Jordan of Ohio in the position. (RELATED: These Are The Key Races To Watch In The 2018 Midterm Elections)

The midterm elections were a big indicator as to how President Donald Trump’s messaging and support helps GOP candidates, as he has endorsed dozens of candidates across the United States and has held campaign rallies for many others throughout the last several months.