Comedian Paul Rodriguez said he “will pay the price” for admitting that he supports some of the things President Donald Trump has done, one of those being his immigration policy.

“Actually you know, it’s the wording that Donald Trump offends a lot of us. I agree with a lot of the things he’s [Trump’s] done,” the 63-year-old stand-up comedian shared, according to TMZ Tuesday. (RELATED: It’s Been A Year Since Trump Won-When Are These Celebs Leavin’ The Country? [SLIDESHOW])

“But he’s a very coarse man,” he added. “He should have somebody say the same things differently.”

When pressed further about what kinds of things one of the Latin Kings Of Comedy might  agree with the president on, he explained that he’s an immigrant and his family came in “the right way.”

“I agree that America should protect its borders,” Rodriguez explained. “I know a lot of Mexican Americans are going to disagree with me. It’s not that I don’t care about the people who obviously want to immigrate to this country.”

“But you know, you can’t let everybody in,” he added. “I’m an immigrant myself. My parents came in the right way, they stood in line for days.”

The comedian then shared that he was “a closet Republican” and it was too soon to say which way he was going to vote in 2020. But he also vowed that if Trump said “one more thing” he was “going to change my vote.” 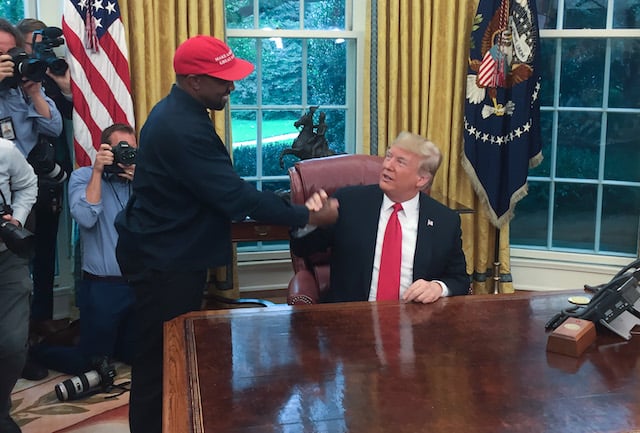 Rodriguez joins other celebrities like Jon Voight, Adam Carolla and Kanye West, who have voiced their support for the president since taking office.