Reuters published an article on Tuesday asserting that even ifTexas Democratic Rep. Beto O’Rourke loses his Senate race, he is still a winner.

O’Rourke is challenging Republican incumbent Sen. Ted Cruz and was trailing by six points last week according to a University of Texas/Texas Tribune poll.

Despite falling behind in the polls, Reuters asserted that O’Rourke will emerge “victorious” no matter what the vote count may be.

The tweet featured a video in which a reporter explains, “Beto O’Rourke’s breakout bid to topple Republican Senator Ted Cruz in deep-red Texas has dominated the 2018 elections like no other race.”

“Political veterans say if the skateboarding El Paso Congressman even comes close to a victory over archconservative Cruz, his political future will just be taking off,” the voiceover continued. 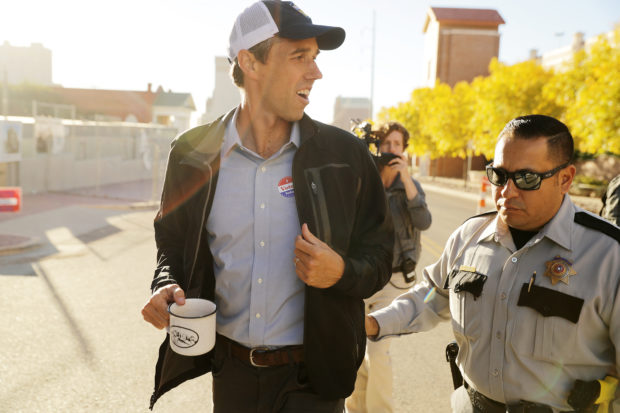 O’Rourke’s nationally-oriented campaign has led to speculation that he may be gearing up for a presidential run, but he denied that he is considering that a possibility.

Twitter users responded to Reuters tweet mocking the outlet for saying O’Rourke could still be victorious even if he loses the Senate race.

Win or lose he is set to be victorious…no if he loses he has failed. Is this common core voting?

No. He loses. That’s it. There is no moral victory. The more the people of TX learned about what he’d do, the less popular he got. He had to have the entire national media behind him to get where he is now.

Nope, if Beto loses, he doesn’t get a participation trophy. No wonder we have so many unhinged people leaning towards harming or attacking others.