Brown’s race was called in his favor shortly after the polls closed in Ohio, according to ABC News and CNN. 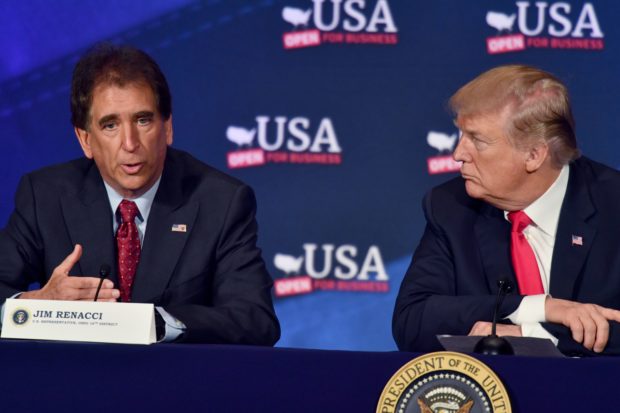 US President Donald Trump listens to US Representative Jim Renacci (L) during a roundtable discussion on the new tax law at the Cleveland Public Auditorium and Conference Center on May 5, 2018, in Cleveland, Ohio. (Photo by Nicholas Kamm / AFP) (Photo credit should read NICHOLAS KAMM/AFP/Getty Images)

Brown’s campaign was never particularly in jeopardy as Renacci was never within five points of the incumbent in the polls. RealClearPolitics’s polls average had Brown up 7.5 points, according to polling that took place at the end of October.

.@JimRenacci has worked so hard on Tax Reductions, Illegal Immigration, the Border and Crime. I need Jim very badly to help our agenda and to keep MAKING AMERICA GREAT AGAIN! He will be a fantastic Senator for the Great State of Ohio, and has my full endorsement!

President Trump endorsed Renacci and held two rallies in Ohio on behalf of Ohio Republican candidates, including one the day before Election Day. During that rally, Trump — for an unknown reason — did not mention Renacci, only Republican gubernatorial candidate Mike DeWise.

Thank you Ohio! When you enter the voting booth tomorrow you will be making a simple choice. A vote for Republicans is a vote to continue our extraordinary prosperity. A vote for Dems is a vote to bring this Economic Boom crashing to a sudden, screeching halt. Vote @MikeDeWine! pic.twitter.com/iai8bSEgBh

Brown was able to get reelected despite two separate accusations of assault that predate his time in both the House and then the Senate.

During a heated divorce back in the 1980s, his ex-wife filed for and obtained a restraining order against him alleging that she   was “in fear for the safety and well-being of myself and our children due to [Brown’s] physical violence and abusive nature.” 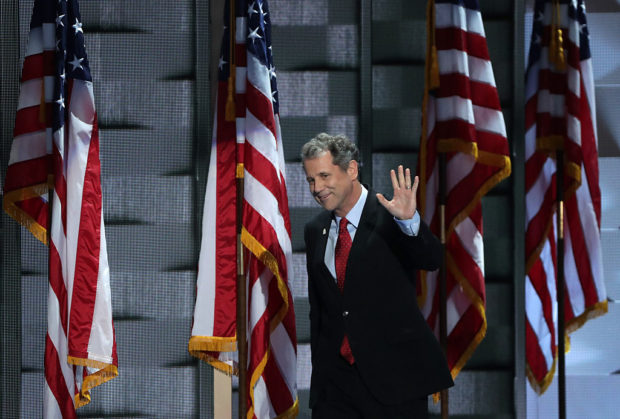 More recently, though, his ex-wife has supported his senatorial campaigns and condemned the use of their divorce for political gain. She has described the details of their break up as “angry words” that were a part of an “unfriendly divorce.”

Another woman came forward to Renacci alleging Brown sexually assaulted her back around the same time. He referred that women to a lawyer that specializes in working with the victims of domestic and sexual abuse.

Brown has ardently denied the allegations levied against him.

An Ohio based PAC called #MeTooOhio, based on the #MeToo Movement, demanded he resign from his seat in the Senate and stop his campaign.