Republican Sen. Ted Cruz fended off progressive sweetheart and Democratic challenger Rep. Robert “Beto” O’Rourke on Tuesday by winning re-election to retain his seat as junior U.S. senator to the state of Texas.

Cruz and O’Rourke have been in a closely watched race since the El Paso congressman gained national attention after a video of him applauding NFL players for kneeling during the national anthem went viral, lavishing praise from the Hollywood elite and springboarding him onto the daytime and late night television circuit. 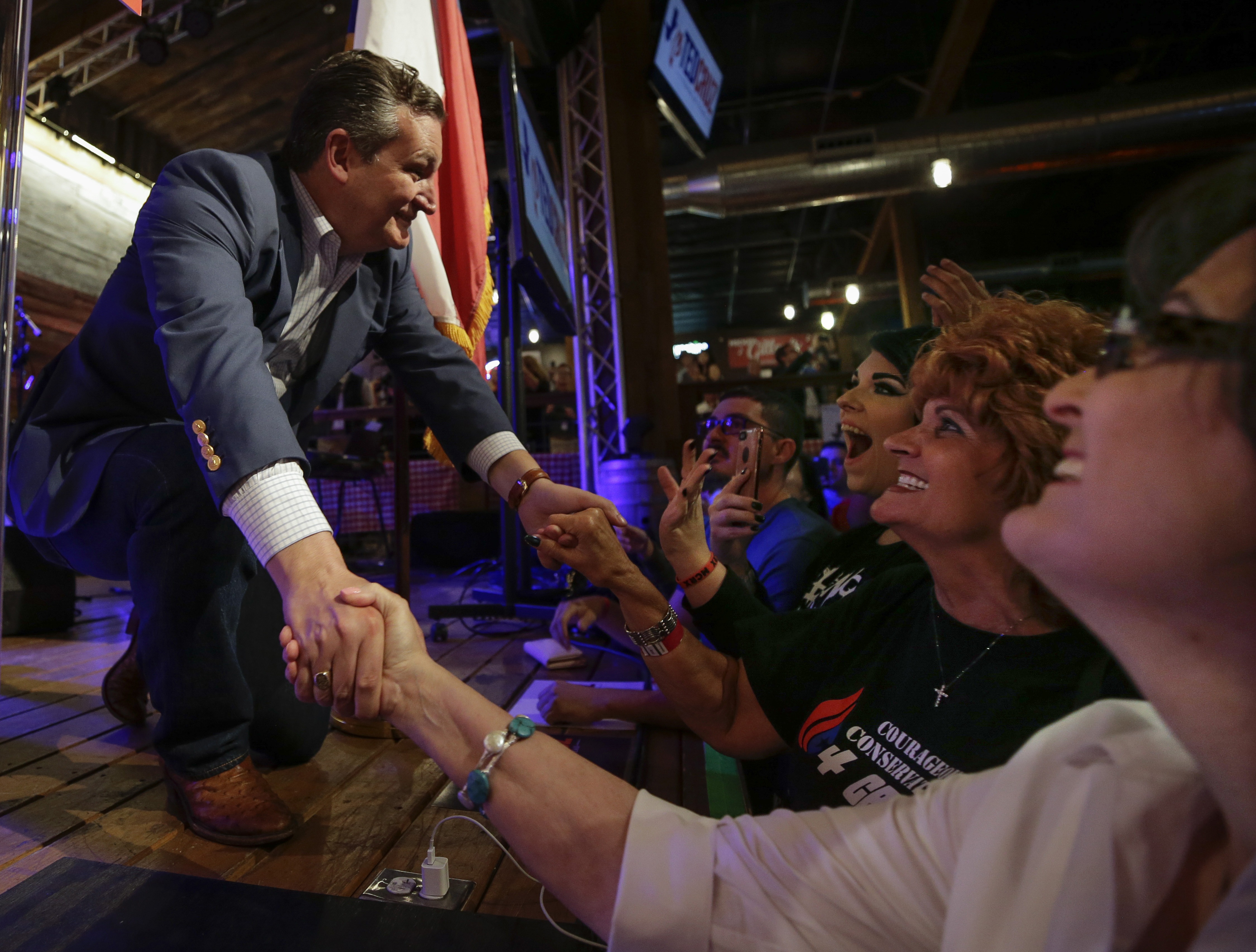 Sen. Ted Cruz (R-TX) shakes hands with supporters during a rally to launch his re-election campaign at the Redneck Country Club on April 2, 2018 in Stafford, Texas. (Erich Schlegel/Getty Images)

Regardless, Cruz has maintained a steady, albeit tightening, lead throughout the duration of their campaigns.

Cruz became a Tea Party darling after winning a long-shot bid for the U.S. Senate seat in 2012. He garnered national attention of his own after he helped lead a government shutdown in 2013 by giving a 21-hour Senate speech in an effort to defund Obamacare by holding up the federal budget bill. In 2016, Cruz was the runner-up for the presidential nomination on the Republican ticket. (RELATED: Beto O’Rourke Fades As Polls Continue To Put Ted Cruz In Front)

Throughout the duration of their campaigns O’Rourke and Cruz raised a staggering $70 million and $40 million, respectively. The high-profile Texas senatorial race has since become the most expensive race in U.S. Senate history.

Cruz maintained the Republican stronghold on Texas — Democrats have not won a U.S. senate seat in the state since 1988 or statewide election since 1994.