Bloomberg Says Chinese People ‘Don’t Seem To Want’ Democracy: ‘They Like Their System’

Kaine, who had maintained a double-digit polling lead throughout the campaign, won with about 53 percent of the vote, compared to 45 percent for Stewart. His strongest performance came in the northern Virginia suburbs of Washington, D.C.

Stewart had a strong showing in southern and western Virginia’s rural counties, which broke heavily for Trump in 2016. But it was not enough to overcome Kaine’s advantage in Northern Virginia, which has become hostile to Stewart’s brand of anti-establishment conservatism.

Kaine was also buoyed by a massive fundraising advantage over Stewart, who had received Trump’s endorsement but was held at arm’s length by the Republican Party’s national senatorial committee. The incumbent raised more than $21 million, including $4.8 million over the closing months of the campaign, compared to Stewart’s total haul of just $2.4 million, The Washington Times reported Monday.

Kaine’s successful re-election bid comes two years after he suffered a shocking defeat as Hillary Clinton’s running mate in the 2016 presidential election. His consolation prize for delivering Virginia to Clinton — her only win in a Southern state — was to fight to retain the seat he won 53-47 over Republican former Gov. George Allen in 2012. (RELATED: Tim Kaine: ‘I Don’t Know Enough About Antifa’)

In an ironic twist, Kaine found himself facing off against Stewart, a right-wing populist who billed himself as the Donald Trump of Virginia politics. Stewart eagerly adopted key planks of Trump’s platform, backing the president’s tax cuts and nationalist trade and immigration policies. 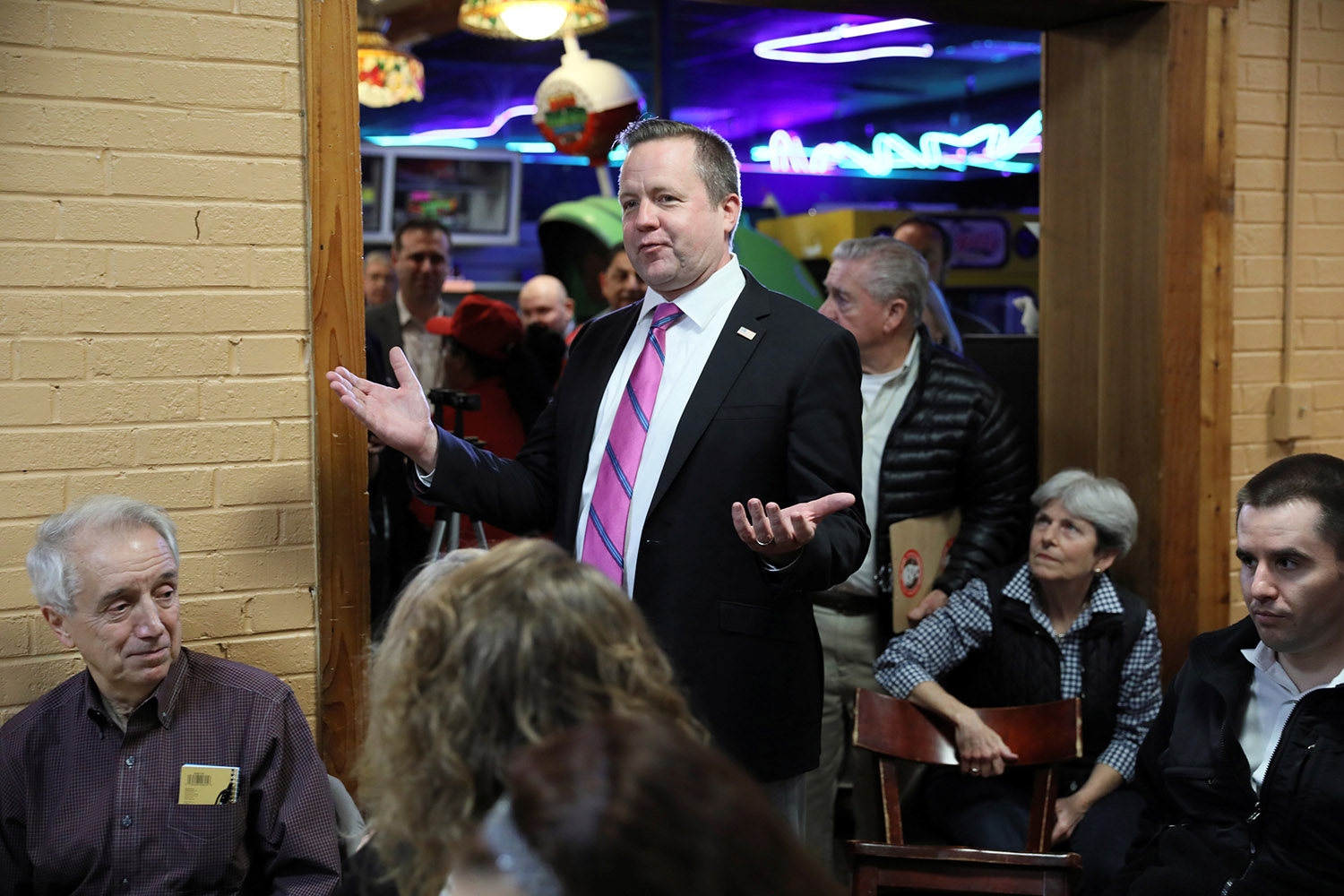 “I’m going to be the president’s number-one partner in the Senate,” Stewart said in October, according to the Virginian-Pilot. “I’m willing to be the bruiser — twisting arms, knocking heads and ridiculing other senators in order to pressure them to getting the president’s agenda through … To do whatever it takes.”

It was a tough sales job in Virginia, which went for Clinton over Trump by a relatively comfortable five-point margin. Trump lost most of the state’s biggest counties by population — the collar counties near Washington, plus Richmond and Norfolk — in 2016, and that result was largely the same for Stewart this year.

Kaine’s victory keeps both of Virginia’s Senate seats in Democratic hands for at least the next two years. Sen. Mark Warner is up for re-election in 2020.