Gisele Bündchen finally revealed the reason she decided to stop modeling for Victoria’s Secret, and it had to do with feeling uncomfortable on the runway in skimpy lingerie.

The 38-year-old supermodel said in the beginning getting the job with the lingerie company at the age of 19 helped make her financially stable, in an excerpt published Wednesday in People magazine from her memoir titled, “Lessons: My Path to a Meaningful Life.” (RELATED: 17 Sexy Photos Of Gisele Bundchen [SLIDESHOW]) 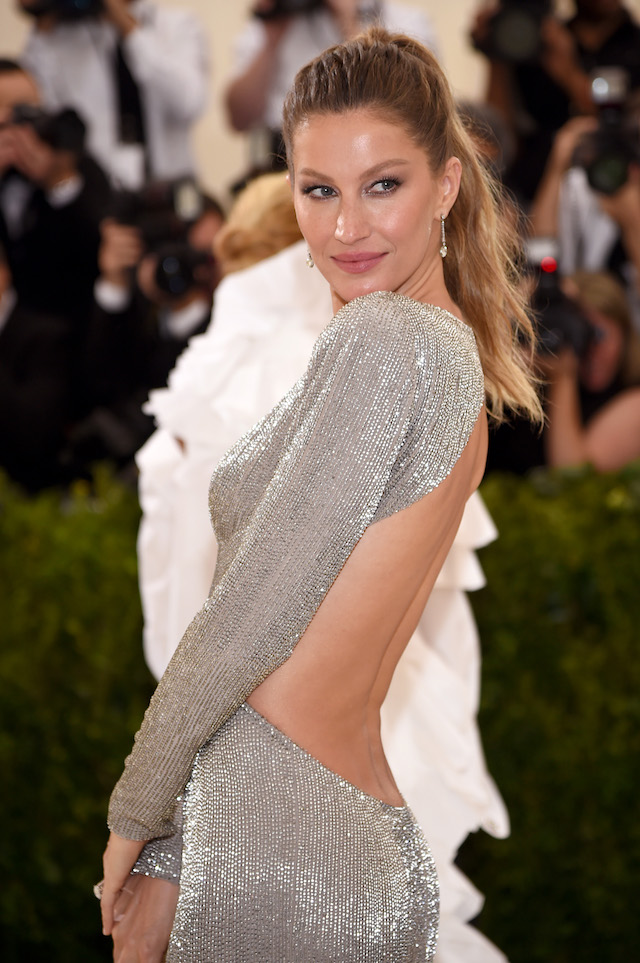 “In those days, I was a fashion model, and Victoria’s Secret was a catalog company,” Bündchen shared. “In 1999, there was a strong division between the two.”

“For the first five years, I felt comfortable modeling in lingerie, but as time went on, I felt less and less at ease being photographed walking the runway wearing just a bikini or a thong,” she added. “Give me a tail, a cape, wings — please, anything to cover me up a little!”

By the time her contract had come up for renewal in 2006, she explained that she was in a “different place in her life” and in 2007, she retired from the brand.

“I was certainly grateful for the opportunity and the financial security the company had given me, but I was at a different place in my life, and I wasn’t sure I wanted to continue working there,” the Brazilian beauty wrote.

So, in order to make the decision whether to stay or go, she used the fate of two small pieces of paper and a teacup.

“I crumpled up two small pieces of paper and placed them inside an empty teacup,” Bündchen stated, one with the word “yes” written on it, the other the word “no.”

“I closed my eyes and set an intention: whatever piece of paper I chose would be for my highest and best self and be the right decision,” she added. “‘No’ was the answer I [sub]consciously wanted to hear. It was also the answer my body wanted to hear and, I believe, had been trying to tell me for days.”

Last month, while promoting her book, the model got emotional when she revealed that at one point in her life she contemplated suicide.