Gianforte beat Williams in a squeaker, 52 to 45 percent. Williams, a former state lawmaker, would have become the first Montana woman in Congress in 77 years, and the first Democrat to win Montana’s only House seat in 24 years. Gianforte won with significant help from the president.

He’s held the seat for less than two years after winning a special election in June to finish the term of then-Rep. Ryan Zinke, who resigned after Trump nominated him to head the Department of the Interior.

The president got into some hot water in October when he joked during an Oct. 18 rally about Gianforte assaulting a reporter back in May 2017. Gianforte was charged for body-slamming a reporter before his special election win. He pleaded guilty in June to misdemeanor assault shortly thereafter.

“Any guy that can do a body-slam he’s my kind of guy,” Trump said during the rally. “I was in Rome with a lot of the leaders from other countries talking about all sorts of things and I heard about it. And we endorsed Greg very early but I had heard he body-slammed a reporter.”

Two hundred current and former journalists signed an open letter in October shortly after Trump’s comments condemning the president’s rhetoric about the media and accusing him of inciting violence against the press. 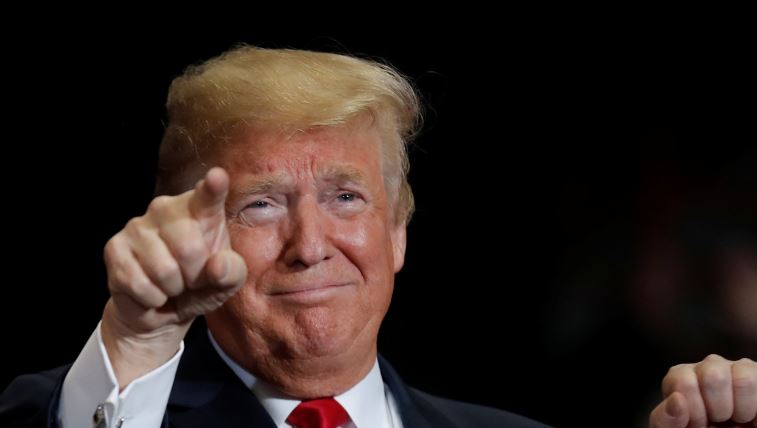 U.S. President Donald Trump gestures at a campaign rally on the eve of the U.S. mid-term elections at the Show Me Center in Cape Girardeau, Missouri, U.S., November 5, 2018. REUTERS/Carlos Barria

“We denounce Donald Trump’s behavior as unconstitutional, un-American and utterly unlawful and unseemly for the President of the United States and leader of the free world,” the letter noted before referencing the president’s decision to heap praise on Gianforte for roughing up a reporter. (RELATED: Democratic Poll Surge Looks A Lot Like Hillary’s Support Heading Into Election)

Gianforte’s win is an important victory for Republicans who are working to defend several congressional seats. Democrats need to win only a handful of the 30 toss-up districts to gain the net 23 seats needed to take control.

Each of the final 28 poll results was within the margin of error, with 20 of the 28 within 2 percentage points, a margin considered near statistical white noise.