As the polls closed Tuesday night for the Nov. 6 midterm elections, Republicans lost control of the House, but picked up a few seats in the Senate.

Republicans were expected to lose control of the House but keep control of the Senate, according to a majority of polls released before Tuesday. However, there was growing speculation that Republicans would be more successful than the polls suggested.

In the Senate, there were six seats listed as “toss-up” elections, four of which belonged to current Democratic senators, according to RealClearPolitics (RCP). Republicans needed to maintain 51 seats in the Senate in order to keep their majority. (RELATED: These Are The Key Races To Watch In The 2018 Midterm Elections)

Five of the candidates in those “toss-up” Senate races were incumbents, including Democratic Sens. Jon Tester of Montana, Bill Nelson of Florida, Joe Donnelly of Indiana, Claire McCaskill of Missouri, and Nevada Republican Sen. Dean Heller. The Senate race in Arizona was also listed as a toss-up, as Republican Rep. Martha McSally was running against Democratic Rep. Kyrsten Sinema for GOP Sen. Jeff Flake’s seat, who announced in October 2017 that he would not seek re-election.

In Missouri, Republican state Attorney General Josh Hawley defeated McCaskill. The Democratic incumbent faced criticism recently over an ad that says she’s “not one of those crazy Democrats.” McCaskill also was using a private jet while she said she was on an RV campaign tour of the state.

News also broke in late October that her husband had been accused of domestic violence by his former wife. (RELATED: The Midterm Elections Are One Week From Today — Here’s What You Can Expect)

In Indiana, Donnelly lost to his Republican opponent, Mike Braun. Donnelly portrayed himself as a moderate Democrat but voted against President Donald Trump’s Supreme Court nominee Brett Kavanaugh — which Braun believes helped him in the polls.

Florida Republican Gov. Rick Scott claimed victory Tuesday night. However, Nelson has requested a recount as the difference was by less than 50,000 votes. He was trailing by just 2 points, as of Monday. Throughout the campaign, Scott attacked Nelson for failing to pass legislation in the Senate and has criticized him for the way he handled the Kavanaugh nomination process.

Texas Democratic Senate candidate Rep. Beto O’Rourke was defeated by incumbent Republican Sen. Ted Cruz, even after he raised over $69 million to try to secure a victory in the red state. However, O’Rourke lost despite the historic fundraising numbers. 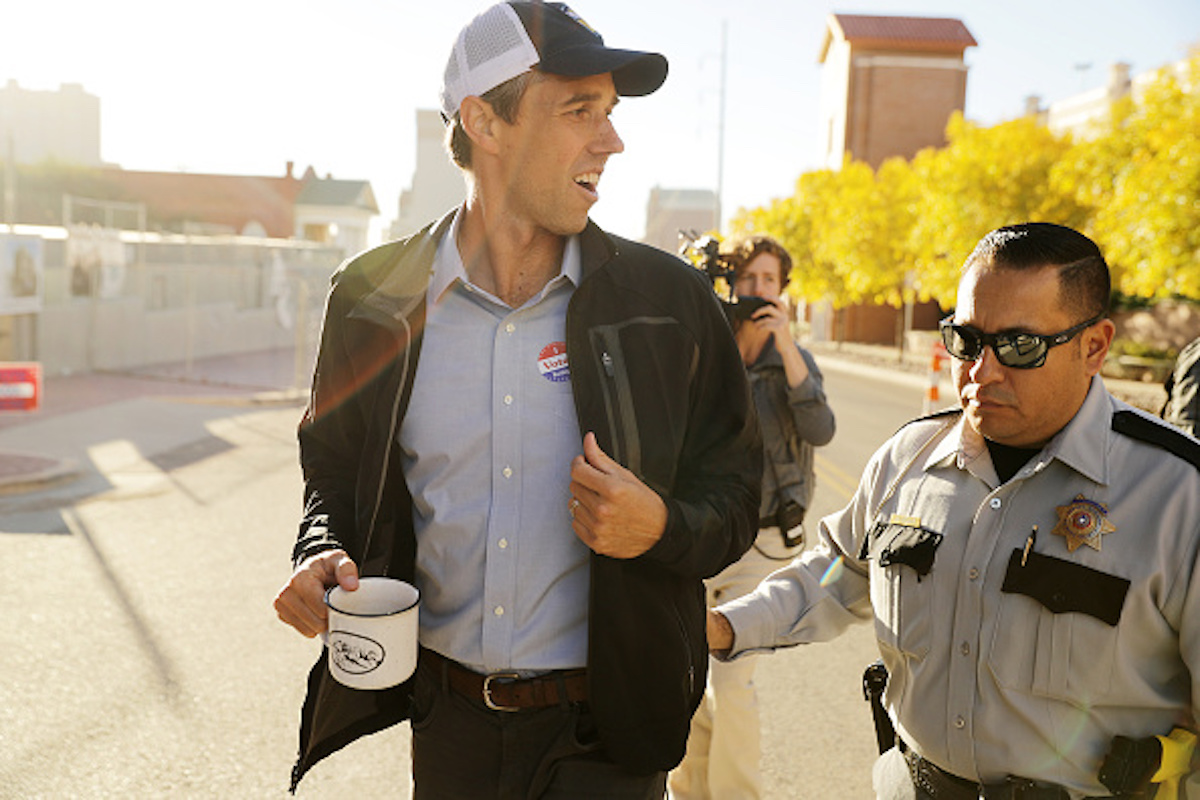 New Jersey Democratic Sen. Bob Menendez faced a tough race against his Republican opponent Bob Hugin. Hugin and Menendez’s race is tighter than expected in the deep blue state. Menendez was ahead in the polls by over 9 points as of Monday, according to RCP. Despite the close race, Menendez won by a big margin.

In Arizona, McSally and Democratic opponent Sinema are in a race that is too close to call. This comes despite criticism of Sinema’s radical activist past. Sinema also took heat for an old comment she made about Arizona, saying the state was famous but “not famous in a good way. We’re kind of, like, in a Lindsay Lohan kind of famous way.”

As of Monday, Sinema was leading McSally by 1.2 points, according to the RCP average. Election results show McSally received 49.3 percent of the vote compared to Sinema’s 48.4 percent, a difference in just over 20,000 votes.

Montana was another state to keep an eye on, as Tester defeated Republican State Auditor Matt Rosendale. Tester, who has been in office since 2007, has faced criticism for voting against Kavanaugh. Tester was up over 4 points, the RCP average showed Monday, but ended up pulling away with an easy win.

Heller also was in a tough race in Nevada against his Democratic opponent Rep. Jacky Rosen. He was defeated, and conceded to Rosen late Tuesday night. Heller has been a member of the Senate since 2011.

In the House, there were 32 seats that were listed as “toss-up” elections. Democrats had to pick up at least 23 seats in order to get to the 218 seats needed for a majority.

Another big race in Virginia was in the 2nd Congressional District. Republican Rep. Scott Taylor was in a tight race against his Democratic opponent Elaine Luria. Trump won the district in November 2016. RCP had the race listed as “leans GOP” as of Monday. Despite Trump’s popularity in 2016, Luria defeated Taylor Tuesday night.

In Ohio’s 12th Congressional District, Republican Rep. Troy Balderson was expected to be in a close race against his Democratic opponent Danny O’Connor. Balderson, who won a special election there this year against O’Connor, faced a rematch Tuesday and won again. 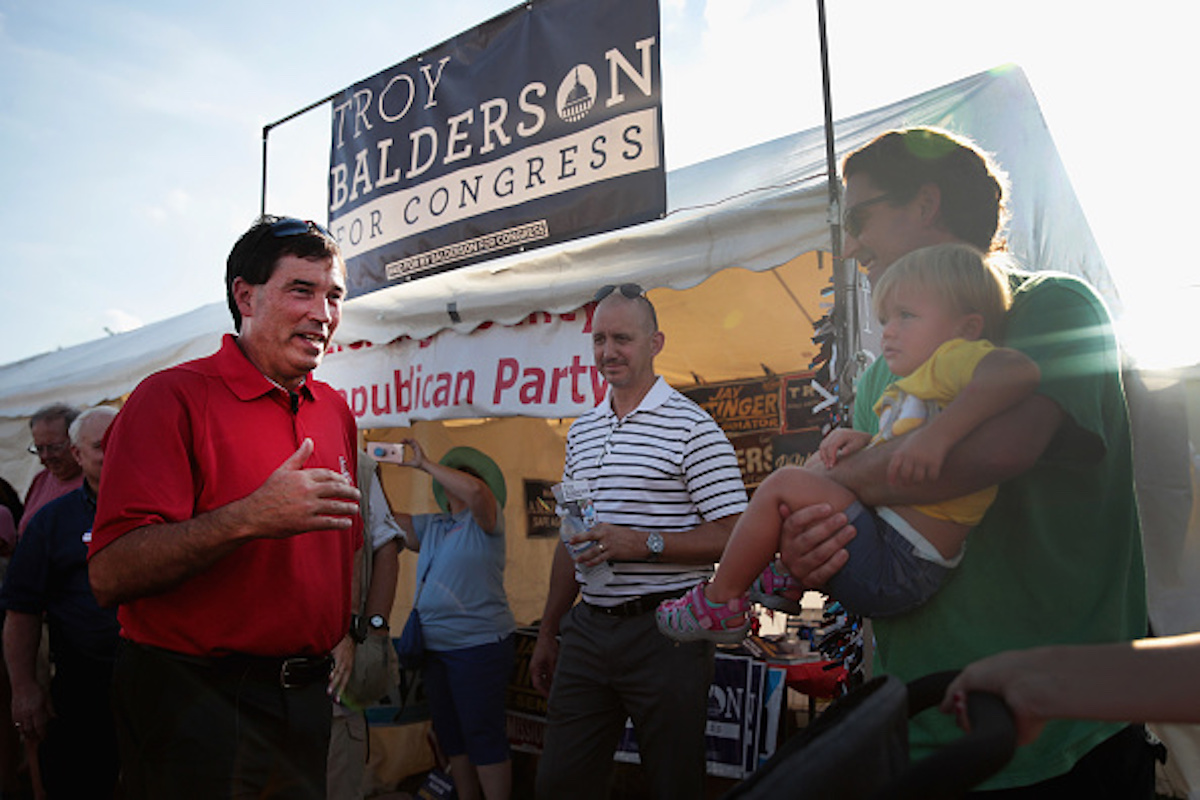 Kentucky Republican Rep. Andy Barr was running in a close race against his Democratic opponent, retired Marine pilot Amy McGrath, in the 6th Congressional District. Barr received an endorsement from Trump and polls showed the race “leans GOP.” However, the race was closer than expected and McGrath had a chance to flip the seat, but Barr held off his Democratic challenger, securing the victory.

As of Wednesday, the race is still too close to call.

In Florida, the gubernatorial race between former Republican Rep. Ron DeSantis and Democratic Mayor Andrew Gillum was neck and neck. Less than 24 hours before the race, RCP put Gillum up just over 3 points. However, Gillum was defeated in the election, as he faced an FBI corruption investigation and allegations he accepted tickets to the musical “Hamilton” from an FBI agent.

Iowa also had a close gubernatorial race, as Democratic candidate Fred Hubbell took on Gov. Kim Reynolds. Reynolds defeated Hubbell, becoming the first elected female governor of the state. The race was very important as Iowa Republican Sen. Chuck Grassley, 85, said a Democratic Iowa governor would appoint a Democrat to succeed him in the Senate if he undergoes any health problems while serving.

The Georgia gubernatorial election, where Democratic candidate Stacey Abrams was taking on Georgia Secretary of State Brian Kemp, was also a close one. Despite the polls being close and Kemp receiving more votes, Abrams said Wednesday she refuses to concede. Abrams faced a tight race against Kemp, as she took heat for saying the alleged “blue wave” Democrats expected in the 2018 midterm elections is filled with “documented and undocumented” voters. 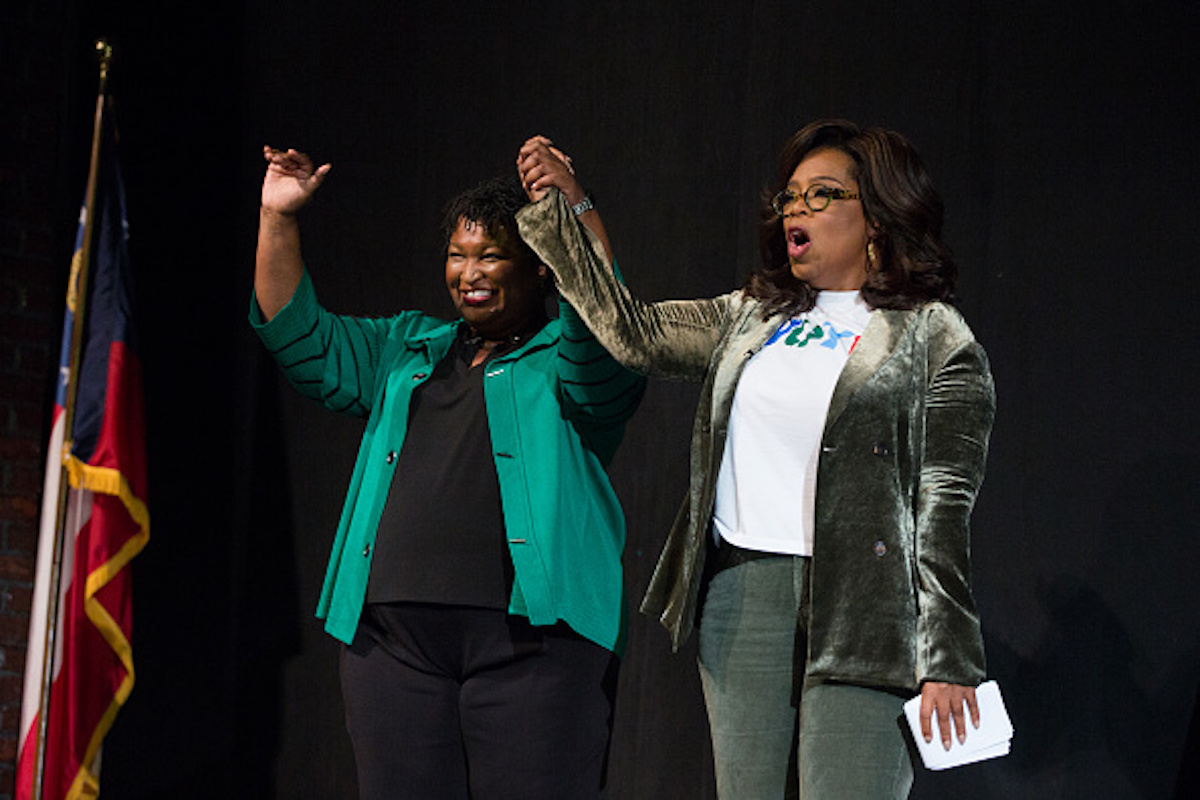 Abrams also spent hundreds of thousands of dollars of her own money trying to secure the victory. She previously served as the minority leader of the Georgia House of Representatives. 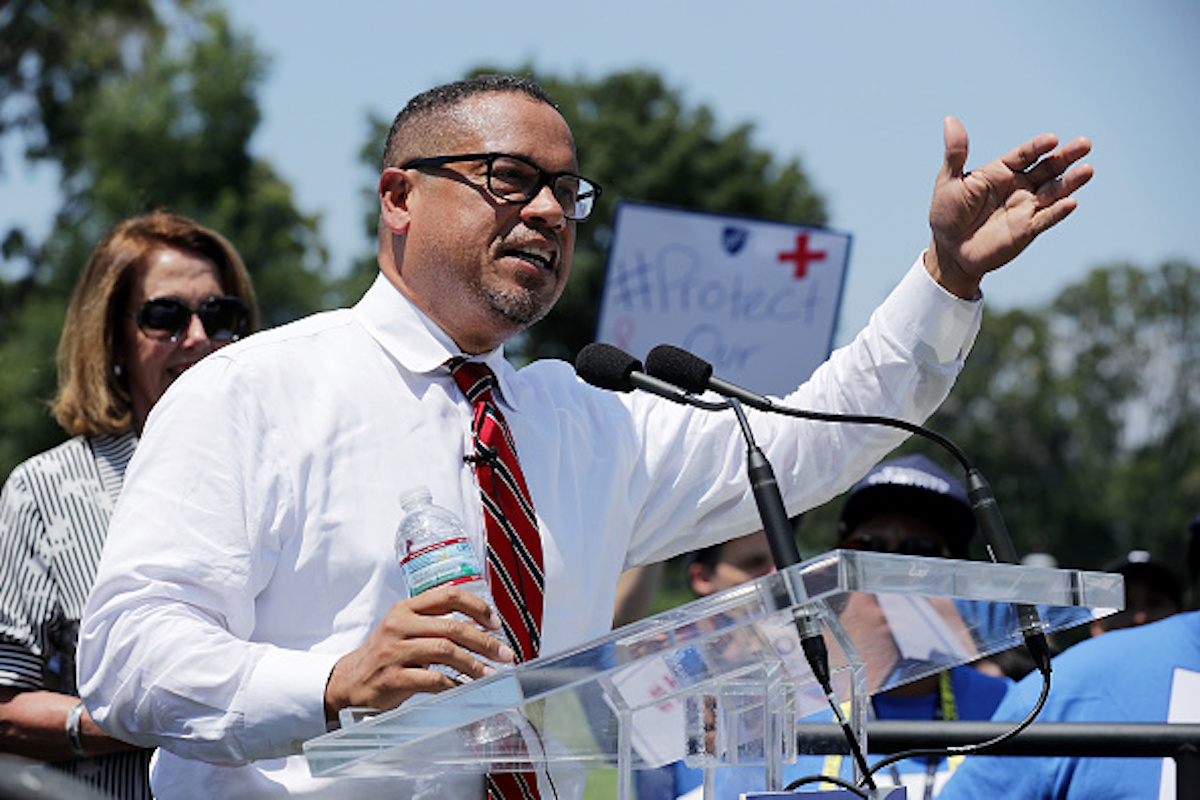 The Nov. 6 midterm elections were a big indicator as to how Trump’s messaging and support helps GOP candidates, as he has endorsed dozens of candidates across the U.S. and has held campaign rallies for many others throughout the last several months, making illegal immigration the center focus during many of his speeches.