“(W)e need to lay the groundwork to regain the majority so that we can continue working alongside President Trump to fulfill our promise to fundamentally change Washington. I helped build a majority from a deeper hole than this and I have what it takes to do it again,” McCarthy wrote in a letter to his Republican colleagues Wednesday, The Washington Examiner reported. “That is why I have decided to run for Republican Leader and humbly ask for your support.”

If Republicans had maintained control of the House, McCarthy hoped to become the next speaker, but some Republicans have said they wanted to see Majority Whip Steve Scalise or GOP Rep. Jim Jordan of Ohio in the position. (RELATED: McCarthy Sends Out Warning Message On Pelosi Becoming Speaker: ‘Should Scare All Americans’) 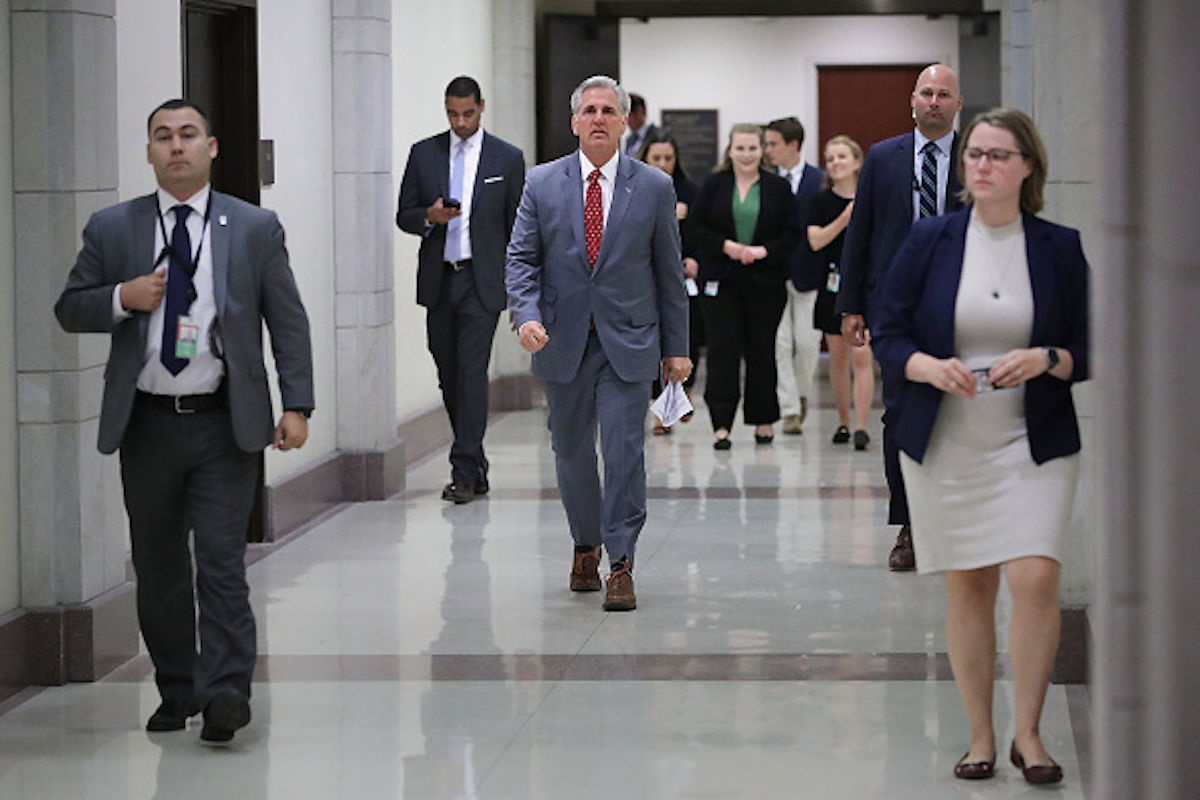 Jordan will also likely announce his bid for minority leader, as he campaigned for speaker of the House before the Nov. 6 elections.

As Democrats won the House, the party will now have to select a speaker. House Minority Leader Nancy Pelosi previously said she thinks she’ll be the next House speaker, despite comments from Democratic Reps. Kathleen Rice of New York, Seth Moulton of Massachusetts, Filemon Vela of Texas and Tim Ryan of Ohio, who have all called for Pelosi to relinquish her leadership role.

McCarthy has previously said he believes the idea of Pelosi becoming speaker again “should scare all Americans.”

OPINION
1
STONE: Now That I'm Ungagged, I'd Like To Say A Few Things About My Prosecution
Opinion
2
Seattle Mayor Blames 'White Men'' For 'Much Of The Violence And Destruction' At Riots
US
3
Here Are The Possible Reasons Mike Flynn's Judge Hired His Own Attorney
Politics
4
Former NBA Star Beats The Hell Out Of Rioter Who Attacked His Truck. The Video Is Absolutely Insane
Editorial
5
Top FBI Lawyer Who Authorized Carter Page Surveillance Is Forced To Resign
US