NBC News intelligence and national security reporter Ken Dilanian is no stranger to expressing his opinions on social media. Last month, after the confirmation of Supreme Court Justice Brett Kavanaugh, Dilanian advocated for a change in how senators are allotted to the states.

Now, he’s openly wondering “how much longer the American majority will tolerate being pushed around by a rural minority.” 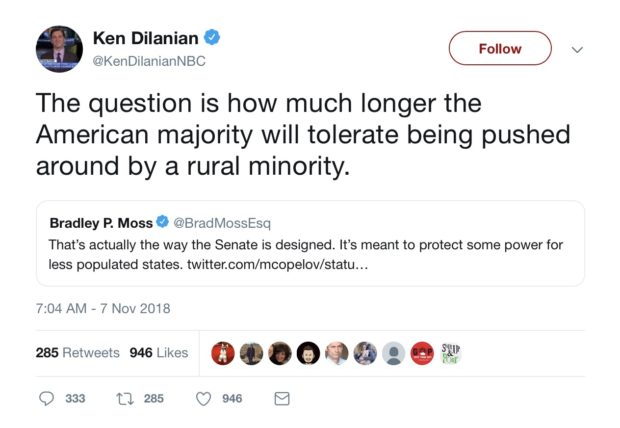 The Senate was created to represent the states in Washington D.C., which is why each state gets equal representation in the chamber. House seats are allotted by population. In recent weeks, there has been a push by some liberals to create the idea that there is a “popular vote” for total House and Senate elections, something irrelevant in the Constitution.

When it was pointed out to Dilanian that the federal government was set up to protect the rights of the minority, he responded that the “premise of America” was slavery.

In October, Dilanian embraced the idea of U.S. Senate seats being allocated by population, just as House seats are. 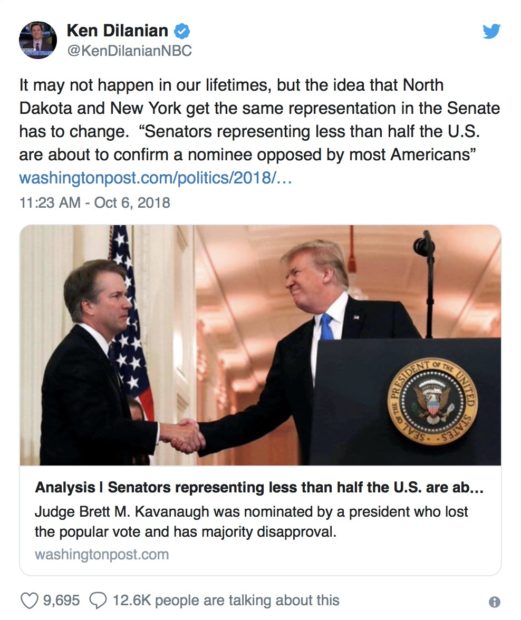 Dilanian did not specify how residents of less populous states exercising their right to vote equals states like California and New York being “pushed around” by them. Far more Democratic senators were up for re-election than Republicans, including in California where both candidates were Democrats, which is a substantial contributing factor for why Democratic senators received more votes than Republicans.