The citizens of North Carolina voted in favor of an amendment to their state constitution that would require photo ID before voting. Fifty-six percent voted for the proposal, at the time of reporting.

Unlike some other states, which allow exemptions for those who object to being photographed for religious or financial reasons, North Carolina will not be required to make exceptions. (RELATED: Missouri Judge Says Voters No Longer Need Photo Identification To Cast Vote) 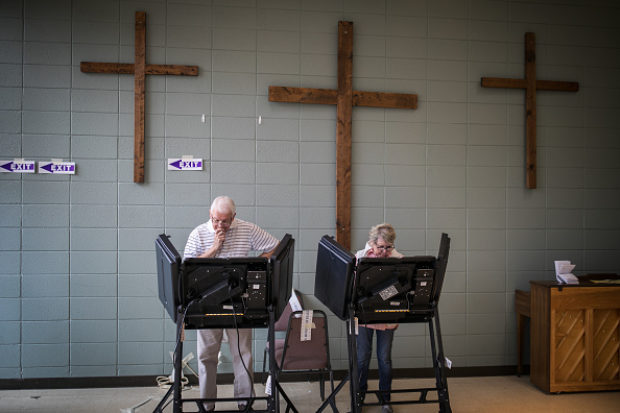 The amendment was one of six on the North Carolina ballot this election cycle. As reported by the Asheville Citizen-Times, voters also passed amendments “to protect the right to hunt and fish,” “to strengthen the rights of crime victims” and “to lower the maximum income tax rate from 10 percent to 7 percent.” (RELATED: Former AG Loretta Lynch: Voter ID Laws Are Meant To ‘Scare People Away’ From The Process)

The state Democratic Party was against all proposed constitutional amendments.