Sailors are facing disciplinary action as a result of an alleged LSD ring being run from the aircraft carrier USS Ronald Reagan.

Two petty officers from the ship’s nuclear reactor section were charged with distributing LSD and are facing a court martial, while three other sailors could be investigated for similar offenses, according to the Navy Times, citing a 7th Fleet spokesman. (RELATED: Navy Helicopter Crashes On Deck Of USS Ronald Reagan)

The alleged leader of a similar LSD ring among Air Force nuclear missile guardians was sentenced to 12 months in jail in May, according to The Associated Press. 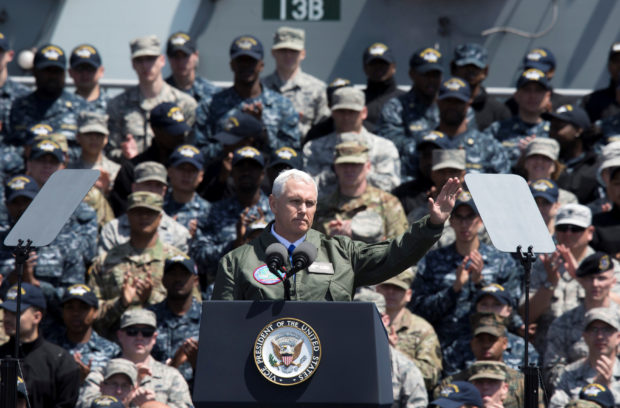 Another 10 sailors from the carrier’s reactor team faced administrative discipline, while a 15th was also disciplined, although he was not part of the reactor team, The Navy Times reported.

Keiley also announced that local authorities in Japan, where the carrier is based, had finished their investigation and said the accused did not sell LSD to Japanese citizens, according to The Navy Times.

“Kanagawa prefectural police conducted an investigation into a Sailor’s alleged involvement in drug distribution, and the case was dropped by the local prosecutors’ office May 30,” he said, The Navy Times reported.