House Minority Leader Nancy Pelosi was greeted with “speaker” chants after Democrats were projected to regain control of the House on Tuesday night.

Pelosi, a California Democrat who served as the first female Speaker of the House, is likely to regain the top House leadership position as Democrats take over.

Pelosi took the stage at the Democratic Party headquarters in Washington, DC to congratulate her Democratic colleagues and share her plans for the House.

As she headed to the podium, the crowd broke out into chants of “speaker.” (RELATED: President Trump Urges Democrats To Keep Supporting Pelosi)

“How ya feeling?” Pelosi asked as the crowd started chanting. 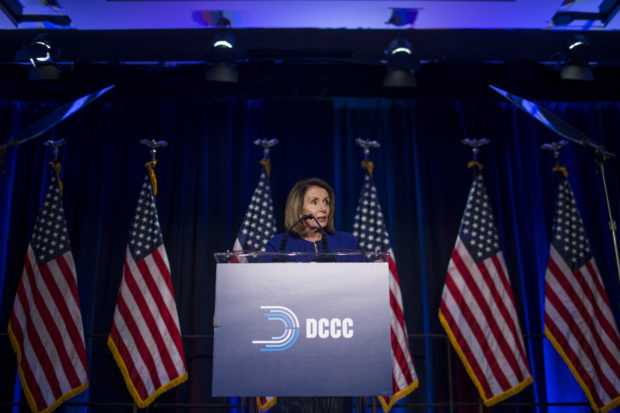 “Thank you all very much,” Pelosi gushed. “Let me salute our chair of the Democratic National Committee, Chairman Perez, for all of the successes tonight.”

Pelosi brought her grandchildren on stage with her, asserting that Democrats took control of the House because “it’s all about the children.”