Lamont took the majority blue state — which has had Democrats in control of the state House, Senate and office of the governor since 2011 — with 48.8 percent of the vote compared to Stefanowski’s 47.1 percent. (RELATED: Here’s Everything We Know About The Midterms So Far) 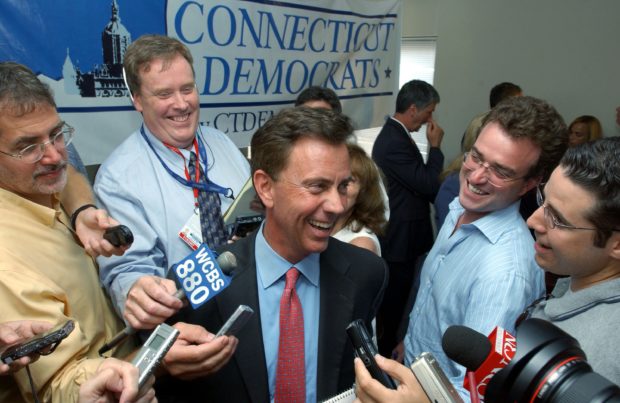 “A few moments ago, I called Ned Lamont to concede the race for governor and congratulate him on a hard-fought victory,” Stefanowski told the Hartford Courant. “I wish both Ned and the state of Connecticut success over these next four years.”

Lamont, a D.C. native, is a Greenwich telecommunications magnate and lost the race for governor in 2010 to former Gov. Dan Malloy and the race for Senate in 2006. Stefanowski is a former business executive of General Electric, 3i Group plc, UBS, and Dollar Financial Group. 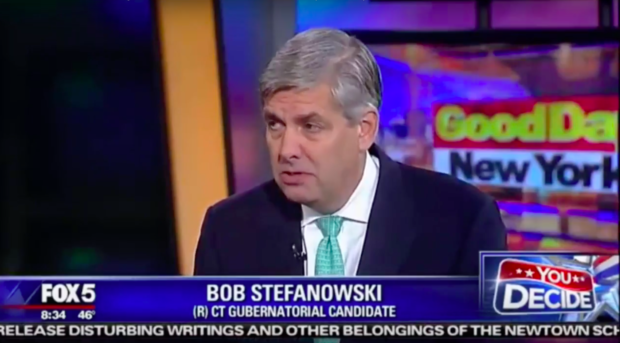 Stefanowski blames his unexpected favorability among locals on Connecticut’s heavy financial problems. The state’s pension plan is underfunded by $1 billion, which the businessman blames on state income tax.

“I’m running on a platform of getting rid of that state income tax over eight years,” he told “Fox and Friends” in an interview last week. “Lowering the corporate tax and getting our economy moving again, that’s what people are desperate for in the state of Connecticut. And that’s why a Republican can win the governorship this year.” 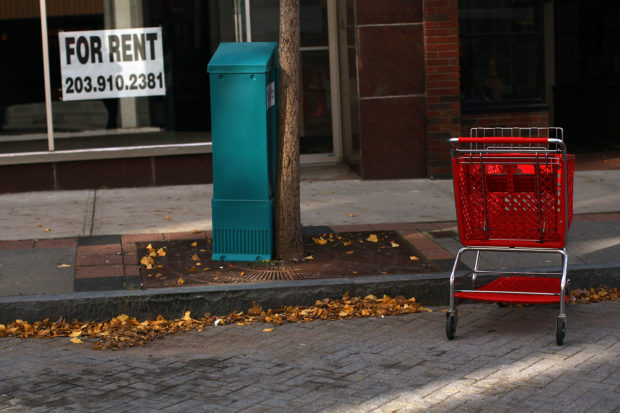 WATERBURY, CT – NOVEMBER 11: Empty store fronts line a street November 11, 2008 in Waterbury, Connecticut. Unlike the wealthier towns on the Connecticut coast, the area of northwest Connecticut depends on manufacturing and construction. The Connecticut Department of Labor has announced that the number of jobs in the state fell by 2,300 from August, 2008 to September… (Photo by Spencer Platt/Getty Images)

Stefanowski ended up disappointed with the outcome.

“While this is not the result we would have hoped for, I am glad that we were able to draw so much attention to the tax burden in this state,” Stefanowski told the Courant after his loss. “Think about it – at the beginning of this race, we were laser-focused on cutting taxes, while other candidates were talking about raising taxes. We were able to mold the discussion.”

The race was a dramatic one, with questions of illegal voting in New Haven and ballots that took longer to count than expected. Around midnight, reporter Justin Schecker tweeted that some votes had to be “hand-counted” because they “got wet” from the rain.

“Thousands of ballots may have to be hand counted” because they got wet, @SOTSMerrill says at 12:22am with the gubernatorial race still not decided #NBCCT #Decision2018 pic.twitter.com/EUwac6US80

After voting at Greenwich High School, Lamont said of the race, “On the subject of divisive leadership and separating people, I think it probably matters a lot. I don’t like [Stefanowski’s] tone where he divides people against each other. I’m working to bring people together here in the state of Connecticut.”

Democratic Sen. Chris Murphy was re-elected to the U.S. Senate with 58.7 percent of the vote, and all five congressional districts in Connecticut elected Democratic representatives.